9/11, The Building Of The Pentagon, The New York Jets, 1968 Israeli Minted Shekel & More – You Gotta See These “Coincidences”… Or Are They?

Brian at High Impact Flix has become one of my favorite guys to watch when he puts out a video. It’s always intriguing and informative.  In his latest video, he provides some stunning history about a number of things and refers to the last point about the 1968 Israeli shekel as “The Mother of All ‘COINCIDENCES.'”

Here’s some of the lines from the video.

Skull and Bonesman George W. graduated from Yale in 1968.

In 1968 the NY JETS won their only super bowl or is that superb owl.

Speaking of the unveiled Jet and the New York Jets and the creation of the 9-1-1 code and the World trade center all linked to something notable in 1968 and the ABC news report that the FBI had detained and arrested 5 dancing Israelis with urban moving systems.

This was Israel’s minted shekel in 1968. 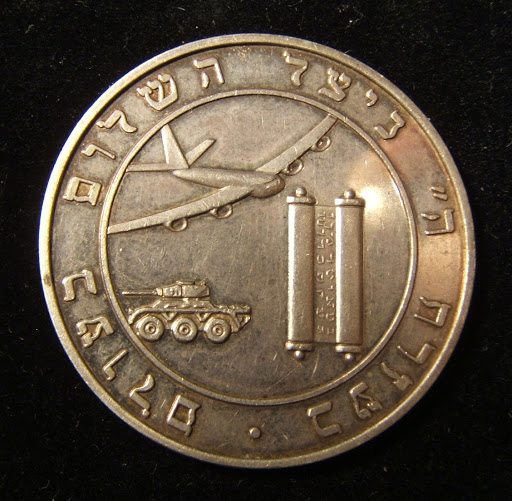 Don't forget to like SonsOfLibertyMedia.com on Facebook and Twitter.
The opinions expressed in each article are the opinions of the author alone and do not necessarily reflect those of SonsOfLibertyMedia.com.
Previous Post:
George Washington: Hero Or Villain?
Next Post:
George Soros Makes Totalitarian Demands: Oust Zuckerberg For Allowing Free Speech