I like Paul Manafort. In some ways, he reminds me of John Gotti. His appearance is always immaculate, he maintains a pleasant demeanor even in the face of Robert Mueller’s aggressive, politically motivated investigation and he refuses to grovel before Mueller’s henchmen. That’s where the similarities end. Manafort is not a murderer.

As the trial of the former Trump campaign chairman begins, all eyes turn to Alexandria, Va. Manafort is facing 18 charges including income tax evasion, lying on bank loan applications and failure to report foreign bank accounts. Mueller is charging Manafort with crimes that predate his association with Trump by a decade. If convicted on all counts, Manafort faces a maximum potential sentence of 305 years, which is a disproportionately long sentence. Tucker Carlson points out that the average sentence for a violent felon in the US is 6 ½ years. And, once this trial ends, Manafort will be tried in a Washington, DC courtroom for an additional seven charges.

Because Mueller has been unable to find evidence that President Trump colluded with Russia to win the 2016 election or that he obstructed justice, he feels that throwing the book at a Trump associate is the best he can do. According to Harvard Law professor Alan Dershowitz, Manafort’s real crime is his association with Trump.

Mueller and his team are trying hard to “squeeze” Manafort into a deal where he will testify against President Trump in return for leniency. Prosecutors would like for Manafort to “sing.” Dershowitz said, not only do they want him to sing, they want him to “compose” – “get a little creative.” So far, Manafort has refused to give in to this pressure. His former business partner, Robert Gates, has accepted an immunity deal from Mueller for testifying against Manafort.

From the beginning, Mueller has treated Manafort far more harshly than his alleged crimes would justify.

Although Manafort had been cooperating with authorities, the FBI raided his home on July 26, 2017 before dawn and seized documents pertaining to the Trump Russia collusion case. It seems to have been an unnecessarily dramatic action meant to intimidate.

“Using a search warrant, agents appeared the day Manafort was scheduled to testify before the Senate Judiciary Committee and a day after he met voluntarily with Senate Intelligence Committee staff members.”

Manafort had been on house arrest as he awaited trial until June 15th when a judge revoked his $10 million bail due to alleged “witness tampering.” He currently spends 23 hours each day in solitary confinement.

Many people believe it will be difficult for Manafort to win acquittal on all charges. George Washington University Law professor Jonathan Turley says a full acquittal for Manafort is as likely as the Baltimore Orioles winning the World Series.

However, it is possible that the political nature of this case may lead to a presidential pardon. Polls show a steady decline in public support for Mueller’s investigation every month.

In addition, U.S. District Judge T. S. Ellis III, who is presiding over the trial, had some sharp words for Mueller’s team members in May:

Ellis said the indictment appeared to be a way for Mueller to leverage Manafort into providing information about Trump.

Ellis said, “The vernacular is to sing…You don’t really care about Mr. Manafort. You really care about what information Mr. Manafort can give you to lead to Mr. Trump and his eventual prosecution or impeachment…It’s unlikely you’re going to persuade me the special counsel has unfettered power to do whatever he wants.”

Judge Ellis, a Republican, is a Reagan appointee. I’m not saying that he will steer the jury toward an acquittal, but he will stand up for Manafort’s rights.

On the first day of the trial, a jury of six men and six women were selected and seated and opening arguments were made.

The prosecution’s opening arguments call Manafort a liar and signal that they will build their case around his extravagant lifestyle. said:

The first challenge for the defense is that Manafort can be easily painted as someone who made millions off some of the most disreputable characters in the world.

This type of evidence invites class resentment and an unconscious desire to see an elitist fall. The legal chasm may be equally challenging. Jurors will be buried in a mountain of transactional and bank documents from numerous countries. Manafort is accused of hiding $30 million to evade U.S. taxes by using accounts in the United Kingdom, Cyprus and the Caribbean island nation of St. Vincent. Prosecutors claim he may have made more than $60 million in working for Ukrainian interests.

With multiple counts and such a daunting record, a jury often inclines to rely on prosecution witnesses. In this case, the witnesses will include Manafort’s former aide and confidant, Richard Gates. The combination of a less than sympathetic defendant, a tower of financial documents and a flipped former associate makes conviction on at least some of these counts a high likelihood.

The defense will argue that “Manafort trusted his right-hand man, Rick Gates. They will say that it was Gates who hid the money from the IRS, and who embezzled money.”

They will hammer away at the credibility of a witness who has been granted full immunity by Robert Mueller.

Good luck, Mr. Manafort. I’m on your side.

Don't forget to like SonsOfLibertyMedia.com on Facebook, Google+, & Twitter.
The opinions expressed in each article are the opinions of the author alone and do not necessarily reflect those of SonsOfLibertyMedia.com.
Previous Post:
54 Years Ago Today: Government & Media Created & Spread ‘Fake News’ to Start Vietnam War
Next Post:
This Video Of Peter Strzok Makes You Wonder If He’s Got All His Dogs Barking

About the Author: Elizabeth Vaughn

Elizabeth Vaughn is a conservative political blogger and mom of three residing in southern Connecticut. Following a career in the financial services industry, she is now a regular contributor to Freedom Outpost. Contact her at [email protected] 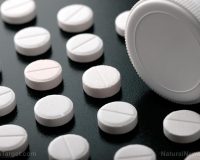 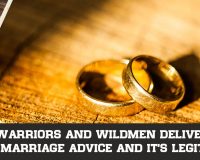