The candidacy of Donald Trump seems to be resonating within certain factions of the Black community. The following is recent commentary from  Rev. Ralph J. Chittams, Sr. an African-American pastor based in Washington, DC.

Since the landmark Roe v. Wade decision in 1973, 60 million American babies have been murdered. While Blacks are only 12% of the American population, one-third of those abortions (20 million) terminated the lives of Black babies.

However, that 20 million is just the tip of the iceberg. In 1994, the first legally murdered babies would have turned 21 and started to reproduce (if not earlier). In 2015, that next generation would have turned 21 and started to reproduce (again, if not earlier). Therefore, the abortion of those 20 million Black babies has resulted in another 30+ million Black people to never be born. You want to know why Blacks have lost voting power? 50 million missing Black people. You want to know why the Black community is suffering from a lack of economic development. 50 million missing Black people – Doctors, Lawyers, Entrepreneurs. Answer me this, Do Black lives really matter? To Hillary and the Democrats, the answer to that question is clearly “No.”

In November we will go to the polls and vote for the next President of the United States of America. For the first time in my lifetime, our voting for President will not really be about the office of President. This election is all about the heart, soul and direction of the Supreme Court of the United States. There is currently one vacancy on the Supreme Court due to the death of Justice Antonin Scalia. However, there are three others Justices in their late-70s or early 80’s. Justice Ruth Bader Ginsburg is 83. Justice Anthony Kennedy is 79. Justice Stephen Breyer is 77. Add to that list the fact that Justice Clarence Thomas has publicly admitted considering stepping-down. Therefore, the next President could nominate up to five (5) Justices to the Supreme Court.

Hillary Clinton has stated “The unborn person doesn’t have constitutional rights.” She has also stated that the ability to have an abortion is “a fundamental American value and Freedom.” She further stated “we have to continue to stand up for a woman’s right to make these decisions, and to defend Planned Parenthood.” At the 2016 Democratic National Convention, Cecile Richards, CEO of Planned Parenthood, the company single-handedly profiting from the murder of innocent children said “Hillary has always been in Planned Parenthood’s corner.” Those statements alone prove Hillary to be morally unqualified to become President of the United States.

Is there any certainty as to whom Donald Trump would nominate to the Supreme Court? No. However, he did release a list of solid conservative judges as his potential nominees. While there is no guarantee that Trump will actually nominate someone from that list, we know for a certainty what Hillary would do. Hillary would stack the Supreme Court with activist pro-abortion judges with her worldview regarding unfettered access to abortion services.

Given the horrifying statistics regarding abortion, can this country afford to let Hillary Clinton appoint those like-minded Justices to the Supreme Court. If Justices with Hillary’s worldview are allowed to assume seats on the Supreme Court, the actions of Kermit Gosnell, the butcher of Philadelphia, would most likely be made legal; the ongoing genocide aimed at Black Americans will continue with the full support and funding of the Federal government; and America, as a nation, will continue to suffer through the greatest loss of human life in the history of the world.

YES! I am voting for Donald J. Trump, not just because All Black Lives Matter, but also because ALL LIVES MATTER.

Don't forget to like SonsOfLibertyMedia.com on Facebook, Google+, & Twitter.
The opinions expressed in each article are the opinions of the author alone and do not necessarily reflect those of SonsOfLibertyMedia.com.
Previous Post:
The Clinton Zombies are at it Again!
Next Post:
Republican National Security Officials Declare Trump Unqualified – Silent on Clinton and Obama

About the Author: Lonnie Poindexter

Lonnie is the founder and president of the Lion Chasers Network, an association of faith-based organizations and activist clergy mobilized to speak on issues of the day that negatively impact our nation. He is also the former Director of Urban Cure and the host of nationally broadcasted The Lion Chasers Show on Urban Family Talk. 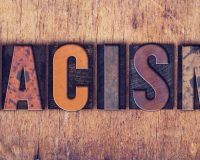 Environmentalist Declares Cheese to be ‘Racist,’ Wants Schools to Ban It
April 15th, 2021 Flag And Cross