Christians Are Being Systematically Purged From The U.S. Military

If you are a Bible-believing Christian, there is no place for you in Barack Obama’s version of the U.S. military. Christian service members all over the nation are being disciplined for reading their
Bibles

, talking about their faith publicly and encouraging others to live a moral lifestyle. And just saying the name of “Jesus” at the wrong place or the wrong time while serving in the military is enough to spark a national controversy.

We live at a time when political correctness in America is wildly out of control, and thanks to Obama the U.S. military has become one of the most politically correct institutions in our society. Things have gotten so bad that dozens of top officers that did not agree with Obama’s views have been forced out of the military in recent years. The U.S. military is being transformed into an overtly anti-Christian institution, and for those of us that are Christians that is a very chilling development.

Perhaps you think that the title of this article is a bit of an exaggeration.

Perhaps you think that there is no way things could have gotten that bad.

Well, I grew up as a military kid. In those days, the U.S. military was actually quite welcoming to Christians. But now things have completely and totally changed.

For example, just the other day the Washington Times reported that large numbers of Christians are either leaving the military or never joining in the first place because of the “hostile work environment” that currently exists…

Christians are leaving the U.S. military or are discouraged from joining in the first place because of a “hostile work environment” that doesn’t let them express their beliefs openly, religious freedom advocates say.

Michael Berry, senior counsel at the Liberty Institute, a Texas-based legal organization dedicated to defending religious liberty in America, said recent high-profile cases of military chaplains facing punishment for private counseling sessions that reflected the teachings of their religion could cause devout Americans who are qualified for military service to think twice about joining the military.

Could this be what Barack Obama wants?

Could it be possible that he actually wants to discourage young Bible-believing Christians from serving our country? Because according to the Times, that is exactly what is happening…

“People of faith are going to stay away from the military,” said Mr. Berry in an interview with The Washington Times.

“I can’t tell you how many moms and dads I’ve spoken to who say, ‘My son or daughter wants to join the military, [but] in light of what you’ve described, I’m not sure I want to let them join the military anymore,’ and I don’t blame them. I would have serious reservations about my own kids joining,” Mr. Berry said.

If you are in the military today, you have got to be so careful about any expression of faith.

Even the slightest slip up can cause the authorities to crack down on you.

Just consider the following two examples which come from Newsmax…

In December, a chaplain for a Ranger training battalion was sent an administrative letter of concern after a soldier complained that he had promoted Christianity and used a Bible during a mandatory suicide-prevention training session.

Last month, a Navy chaplain was removed from his job and may lose his career after complaints about his private counseling during which he discouraged homosexuality and sex outside of marriage.

You mean a Christian chaplain actually “used a Bible” and “promoted Christianity”?

In the old days, doing those things was the very essence of what being a chaplain was all about.

How in the world are you supposed to be a chaplain without “using the Bible”?

It doesn’t make any sense.

Like I said, the U.S. military is becoming an overtly anti-Christian institution, and it starts at the very top.

Since he has been in the White House, Barack Obama has consistently slammed Bible-believing Christians. Obviously he considers them to be among his chief political enemies, and he barely tries to hide his animosity for them. We saw another example of this just recently…

Consider what Obama—who is on record saying “we are no longer a Christian nation,” and who never notes the Islamic identity of murderers or the Christian identity of their victims, and who ignored a recent UN session on Christian persecution—had to say about Christians at the Easter Prayer Breakfast: “On Easter, I do reflect on the fact that as a Christian, I am supposed to love. And I have to say that sometimes when I listen to less than loving expressions by Christians, I get concerned.”

One of the key people that the Obama administration has brought in to advise the Pentagon on matters of faith and the military is a man named Mikey Weinstein.

Weinstein is the head of the Military Religious Freedom Foundation, and to say that he hates evangelical Christians is a huge understatement. The following comes from one of my previous articles…

The MRFF is a very insidious organization. It is headed up by a man named Mikey Weinstein. He has called Christians “human monsters” and “enemies of the United States Constitution“. Weinstein is convinced that sharing the gospel of Jesus Christ while in the military is “sedition and treason” and should be punished as such.

With guys like that telling the Pentagon how to treat Christians, no wonder things have gotten so bad.

Obama is “fundamentally transforming” the military, and those that aren’t willing to go along are being forced out.

But don’t just take my word for it.

In a previous article, I included these amazing quotes from retired high ranking officers…

-Retired Army Major General Paul Vallely: “The White House protects their own. That’s why they stalled on the investigation into fast and furious, Benghazi and Obamacare. He’s intentionally weakening and gutting our military, Pentagon and reducing us as a superpower, and anyone in the ranks who disagrees or speaks out is being purged.”

-Retired Army Major General Patrick Brady: “There is no doubt he (Obama) is intent on emasculating the military and will fire anyone who disagrees with him.”

-Retired Army Lt. General William G. “Jerry” Boykin: “Over the past three years, it is unprecedented for the number of four-star generals to be relieved of duty, and not necessarily relieved for cause.”

-Retired Navy Captain Joseph John: “I believe there are more than 137 officers who have been forced out or given bad evaluation reports so they will never make Flag (officer), because of their failure to comply to certain views.”

Are you starting to get the picture?

In addition, specific evangelical Christian groups are often being singled out as “hate groups” during military training sessions around the country. The following is from Fox News…

Several dozen U.S. Army active duty and reserve troops were told last week that the American Family Association, a well-respected Christian ministry, should be classified as a domestic hate group because the group advocates for traditional family values.

The briefing was held at Camp Shelby in Mississippi and listed the AFA alongside domestic hate groups like the Ku Klux Klan, Neo-Nazis, the Black Panthers and the Nation of Islam.

Needless to say, the AFA is not a hate group.

But they are Bible-believing Christians that take their faith seriously.

For Obama and his minions, that is a very bad thing.

And as I pointed out the other day, we have seen this kind of thing since Obama has been in the White House over and over and over again. Christians are being demonized as “right-wing extremists” and “potential terrorists”, and if this keeps up it won’t be too long until we see overt persecution by the government.

But now they are being set directly at odds with each other, and for those of us that are Bible-believing Christians that has a very ominous ring to it.

Don't forget to like SonsOfLibertyMedia.com on Facebook and Twitter.
The opinions expressed in each article are the opinions of the author alone and do not necessarily reflect those of SonsOfLibertyMedia.com.
Previous Post:
Defense Secretary Not Budging under Pressure from White House to Transfer more Gitmo Detainees
Next Post:
Muslim World Laughs at Obama’s 50-Rebel Force 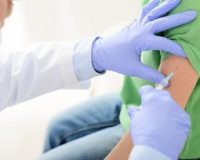