As TFTP reported last month, president Joe Biden has doubled the budget for the Office of Community Oriented Policing Services (or COPS Office). For the last several years, under the Trump presidency, this funding has remained consistently around $380 million. But now we live in Biden’s “domestic terror” police state and things are changing — fast. Last year, the entire COPS Office appropriation budget was at $386 million. This year, Biden is spending $388 million on the hiring program alone.

This year’s budget (FY 2021) for the hiring program, approved under Trump, was set at $156.5 million. Biden more than doubled the funding for it in FY 2022. Now, under the Biden administration, the FY 2022 budget has been increased to a whopping $651 million. How’s that for “defunding the police”?

But this was just a drop in the bucket compared to what he just approved — massively bolstering police budgets from coast to coast. Using the rise in violent crime across the country as the impetus behind his plan, Biden approved the use of $350 billion in Covid-19 relief funding to hire more law-enforcement personnel and expand the police state.

The measure approves the hiring of cops even if the total number of officers exceeds that of pre-Covid levels.

According to the Federal Bureau of Investigation’s Quarterly Uniform Crime Report, in the last three months of 2020, homicides rose a massive 32.2% in cities with populations of at least a million. While conservatives incorrectly attribute this to the left’s push to “defund the police,” that simply hasn’t happened — at least not on a large enough scale to make any discernable difference.

While it is true that several of the country’s largest departments reallocated around $840 million in police funds to other community services, this is a drop in the bucket of the $100 billion spent on policing in America annually. What’s more, many departments actually saw in increase in funding.

Still, the right wing blames the rise in violence on this less than 1 percent drop in funding for a few police departments. In reality, however, police have pulled back and are refusing to serve the communities who pay them. The problem has gotten so bad in many areas that business owners have gone so far as to refuse to pay taxes until police go back to doing their jobs.

While the idea of withholding taxes from the government is certainly welcome, the driving force behind why they want to withhold those funds is misguided. In reality, police don’t stop crimes. They simply show up after a crime has been committed and attempt to solve it — and they are not that good at this aspect either.

The research shows that 70% of robberies, 66% of rapes, 47% of aggravated assaults, and 38% of murders go unsolved each year.

The majority of the “crimes” police stop in the act, are for victimless infractions like jay walking, seatbelt violations, license plate lights, window tint, and other laws designed for the generation of revenue. It is extremely rare that a cop will stop an assault, robbery, murder or rape.

Some cities across the country have started to figure out that extorting, kidnapping, caging, or killing people over crimes which have no victim, only serves to widen the gap between police and the citizens as well as increase recidivism. While many folks have been trying to point this out for decades, last year as parts of cities literally burned to the ground, politicians started to act more swiftly to change this paradigm. And now, it’s happening.

In an oped for FiveThirtyEight, Samuel Sinyangwe a data scientist and founder of the Police Scorecard, a research group that analyzes policing data to better understand how to end police violence, has pointed out that making these shifts helps to reduce police shootings and doesn’t drive up crime. This is contrary to what many advocates of the police state and broken windows policing claim.

We are still waiting for the federal government to publish arrests data for 2020 and 2021, but what we do know from previous years is that low-level arrests are in decline, and that appears to have helped reduce the number of shootings by police — not made violent crime worse.

According to Singyangwe’s analysis, cities who continued to or ramped up their crack downs on victimless crimes actually saw an increase in police shootings while those who did the opposite saw a drastic decrease in shootings and crime.

As TFTP reported earlier this year, this shift became apparent in Baltimore when State’s Attorney Marilyn Mosby recently announced that the war on drugs is over and they will stop the prosecution of drug distribution, prostitution, open containers and other minor traffic offenses with no victims.

Compared to this same time last year, violent crime in the city has dropped 20% while property crime fell a massive 35% compared to the same period.

“Clearly, the data suggests that there is no public safety value in prosecuting these low-level offenses,” Mosby said.

Since taking office, Mosby’s policy has led to an 80% reduction in drug arrests despite possession of marijuana, cocaine, heroin and other drugs remaining illegal in the state of Maryland.

What’s more, 911 calls for drug use, prostitution and public intoxication fell by 33% compared to the same period before this policy was enacted.

Police Commissioner Michael Harrison said that officers are now told to stop arresting people for victimless crimes like drugs or sex work. Instead of arresting them, police ask if they need help and can connect them with someone in social services or addiction treatment.

“The concept is to provide a behavioral health rather than a criminal justice response” said Edgar Wiggins, Baltimore Crisis Response Inc.’s executive director, who partners with the city to help those in need of treatment. “We have known for some time that this can be an effective way to address the underlying causes of this behavior.”

Halting the arrest of people for victimless crimes and ending the war on drugs has long been the mission of the Free Thought Project and seeing this shift take place in real time cannot be understated. Hopefully this is a trend that continues as people choose to actually “follow the science” and not the propaganda they’ve been spoon fed since kindergarten.

Don't forget to like SonsOfLibertyMedia.com on Facebook and Twitter.
The opinions expressed in each article are the opinions of the author alone and do not necessarily reflect those of SonsOfLibertyMedia.com.
Previous Post:
CDC Director Ignores Nuremberg Code – Claims Government “Looking” Into “Mandating ‘Vaccine'”
Next Post:
What Was Pelosi Doing in China on November 1, 2020? 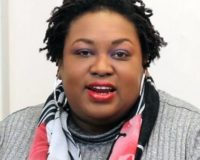