This is hard not to laugh.  How does CNN find so many people that are willing to look right into the camera and LIE?  When you need a laugh, it’s hard to beat Don Lemon.

Feel free to stop chuckling now and admit that you are dumber for having watched Don Lemon.

This is the kind of stuff that makes me want to tune into CNN once in awhile look at the worldview of the village idiots.

CNN has become the anti-Trump 24/7 network and Don Lemon is one of the voices leading that charge.

Under Obama, he was one of the many media figures who swooned for eight years.

So it’s incredibly funny to hear him claim on the air that he is not a partisan liberal. He is the dictionary definition of that.

Don Lemon: ‘I’m not partisan’ or ‘some liberal Democrat’

CNN anchor Don Lemon said his commentary on the impeachment of President Trump comes from someone who is nonpartisan.

“I’m not a partisan. I know people think that I’m some liberal Democrat. I’m not,” the host told CNN’s Chris Cuomo on the network Tuesday. “They used to think I was a conservative Republican. I’m not. But I don’t think the Republicans are serving themselves well right now with their defenses or lack thereof of a credible one.”

Cuomo and Lemon were discussing the Trump impeachment proceedings and his July 25 phone call with the Ukrainian president that sparked the process.

“I can’t take their outrage seriously,” Cuomo said about Republicans complaining about those testifying in both the closed-door and public impeachment hearings.

“On this one, I think, Republicans are on the wrong side of history,” Lemon said. “They are the most hypocritical.”

Who does Don think he’s kidding?

Read the rest at The Gateway Pundit…

Does Don have plausible deniability here?

They don’t call CNN the “Communist News Network” for nothing… 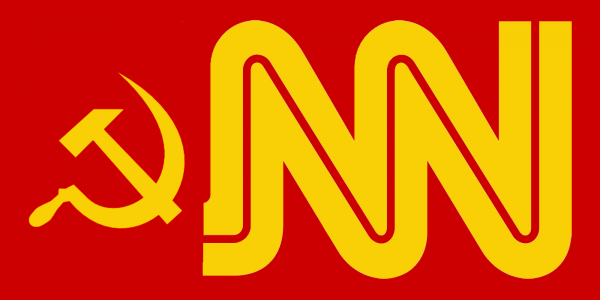 Lemon is pretty colorful for a communist.

If The White House supported slavery Don, you’d be working for Trump.

Now that would be something I’d tune if for every single day.

For now an occasional giggle from idiots like Lemon and Cuomo is enough to keep me going.

That network they work for used to be big I hear.

Those of us who think for ourselves need to remember why we bother to do that.

Don't forget to like SonsOfLibertyMedia.com on Facebook and Twitter.
The opinions expressed in each article are the opinions of the author alone and do not necessarily reflect those of SonsOfLibertyMedia.com.
Previous Post:
Bill Barr Covers For Deep State: Epstein Died From “A Perfect Storm Of Screw Ups”
Next Post:
AOC: President Trump “Has Clearly Engaged In Extortion & Bribery”… Oh & He “Clearly Believes In Eugenics” (Video)

Alabama Police Officer Arrested After Exposing Himself To A Family At A Gas Station
October 3rd, 2022 Sons of Liberty Media

Little-Known FACT: Nord Stream REPAIRS Were Happening Back in JULY, Well BEFORE The Explosions… Could Something Have Gone Wrong?
October 3rd, 2022 DC Clothesline