This is Part 2 of my series on the impunity of the FDA as regards the opioid addiction/death epidemic crippling the U.S.  For almost two decades I have been exposing the FDA and their leadership with “pay to play”, conflicts of interest with hedge funds and many decision makers forming their own consulting firms — even while employed at the FDA.  This article was published in Salem-News.com in May of 2016 and further expands on Bob Rappaport, MD, Division Director of Analgesic, Anesthetic and Addiction Drugs (now retired from the FDA financially set and serving on pharmaceutical boards).

Our kids are dying! How could the FDA approve Zohydro ER when the high probability of death exists? 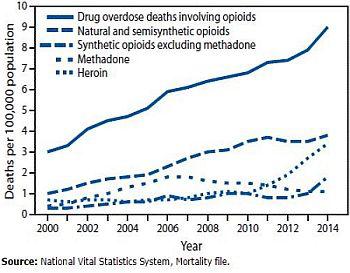 One of Dr. Robert Rappaport’s biggest “contributions” to the American people before the FDA announced his retirement was approval of an opioid called Zohydro ER.

Zohydro ER was the first hydrocodone-only opioid in doses of 5 to 10 times more heroin-like narcotic than Vicodin. The FDA disregarded their own Advisory Committee who voted 11-2 not to approve the opioid because of the Committee’s concerns about the potential impact on public health.

How could the FDA approve Zohydro ER when there is no abuse deterrent built into the drug so when it is crushed, chewed or mixed with alcohol — the high probability of death exists?

Didn’t the FDA violate their own directive that opioids would only be approved by them if there were a built-in abuse preventative in the drug?

Dr. Rappaport was quoted as saying the FDA did not want to be seen as “punishing this company (Zogenix) and this drug (Zohydro ER) because of the sins of other companies and their product.”

In my article of November 11, 2014, I wrote “Somehow I don’t think Dr. Rappaport will be spending his “retirement” gardening. Time will tell if he will have a corner office in the pharmaceutical industry — wearing his gold watch from the FDA.”

I didn’t have to wait long to discover that Rappaport will be working for Scilex Pharmaceuticals, Inc., Malvern, PA on its Scientific Advisory Board.

Scilex is a pharmaceutical company engaged in the development and commercialization of products focused on the treatment of pain.

I believe the FDA has a “conflict of interest” policy applying to employees of the agency becoming employed or consultants to private pharmaceutical companies after leaving the FDA. The policy may have slipped Rappaport’s mind.

Shortly after OxyContin hit the market, Dr. Wright hit the road to work for Purdue Pharma — violating the FDA “conflict of interest” policy. Subsequently, Purdue Pharma cut Wright free from his lucrative position with them.

What is more disturbing to me is the fact that Dr. Rappaport founded his own company called “Analgesic Concepts LLC” while employed by the FDA and as he was approving dangerous opioids such as Zohydro.

FYI: The information for Analgesic Concepts LLC is shown here:

Even though Rappaport did not file his company as an LLC until a month following his retirement from the FDA, Analgesic Concepts LLC was in existence for one year and seven months — while he was employed by the FDA, being paid by the FDA and approving dangerous opioids for the FDA.

The “principal address” for Analgesic Concepts LLC is a rather palatial home in Arlington, Virginia now on the market for $1.4 million. In fact, there was just an open house this past weekend at the now unoccupied “corporate headquarters” of Rappaport’s company.

It appears working for the FDA is not only a lucrative paying agency, but the corrupt behavior of its key employees is begging for an investigation.

Maybe Dr. Rappaport was not aware that we have a prescription opioid/heroin epidemic devastating the U.S. as he “multi-tasked” financially from his business endeavors while working for the FDA.

If you believe that Rappaport was unaware, I have an open house in Virginia you may be interested in seeing — if you have $1.4 million and no conscience.

Don't forget to like SonsOfLibertyMedia.com on Facebook and Twitter.
The opinions expressed in each article are the opinions of the author alone and do not necessarily reflect those of SonsOfLibertyMedia.com.
Previous Post:
Coalition Forms To Curb Executive Branch Power & Presidential Overreach, Restore Checks & Balances
Next Post:
More Than 3,000 Doctors & Scientists Sign Declaration Accusing COVID Policy-Makers of ‘Crimes Against Humanity’ (Video)