Former New Jersey pastor and founder of “the largest Christian rock festival,” Creation Music Festival, Harry Thomas has been sentenced to 18 years in prison after pleading guilty to multiple charges of child molestation.

This week, his sentence was handed down.

He failed in a bid to withdraw his guilty plea in sexual assaults and other crimes involving five minors and was sentenced on Friday.

As part of a plea agreement earlier this year, Thomas acknowledged sexually assaulting a 9-year-old in 2005, having sexual contact with three girls ages 7 to 9 in 2000 and 2010 and exposing himself to a girl between 2008 and 2010.

Relatives of the victims were in court during sentencing, and in testimony two of them described Thomas as a “ravenous wolf” and a “hypocrite” who professed to be a man of God while victimizing children. Burlington County assistant prosecutor Stephen Eife called Thomas “a devil in disguise.”

Thomas, who had spent the previous 233 days in the Burlington County jail, wept as he expressed remorse and confusion about his crimes.

Superior Court Judge Jeanne Covert said she recognized that Thomas might die in prison but the 18-year sentence was appropriate given the crimes and the risk of Thomas reoffending.

Thomas acknowledged his crimes and expressed remorse over them saying, “I’m very sorry for the pain I’ve caused.”

“I don’t understand why I did these things,” he added. “I would never hurt them but I did.”

He also rightly referenced a passage from Scripture that Jesus said about causing little ones to stumble.

“I agree with the Scriptures,” Thomas said.  “It would be better for a millstone to be hung around my neck and be cast into the sea. That’s what I deserve.”

Indeed.  While what he did was wicked, he is at least acknowledging he did it and acknowledges the truth of what Scripture says.  He’s not justifying it, which is what we have come to expect in our society.

Victims spoke out in anger at Thomas, and who can really blame them?

“I hate you,” said one victim, who detailed emotional torment in a statement read on her behalf.

And while one victim’s relative quoted Scripture, another called the pastor a “scumbag” and angrily snapped, “Harry Thomas, you surely will rot in hell.”

“This person is a ravenous wolf,” the father of one girl said of Thomas, a silver-haired grandfather who played Santa Claus. “He is one of the greatest hypocrites — a child molester masquerading as a pastor.”

“In one day, our entire lives were turned upside down,” said the victim’s father.

“What fools we all were,” said the aunt of one girl. “You used the fact that these kids loved you. You groomed them all and us, too.”

“One has to be reminded that sometimes Satan comes as a man of peace,” he added.

“An individual who professed to be a man of faith and who has made many positive contributions to strangers committed the ultimate act of betrayal against family members who loved and trusted him,” said Burlington County Prosecutor Scott Coffina.

“There is no sentence that can approximate justice in light of this defendant’s despicable acts against these children, but it is gratifying that the victims have been spared the pain of a trial and the defendant almost certainly will spend the rest of his life in prison, where he never can harm a child again,” Coffina added.

While 18 years will probably result in Thomas dying in prison, if a prisoner doesn’t kill him first, the maximum he could have received was 20 years.  The death penalty would have been less costly and more appropriate and would have rendered biblical justice in the matter and for the victims.

However, one can hope that Thomas truly repents of his sin before he stands before the Judge of all men, and I can only hope that God would bring comfort and healing to the victims and their families.

Thomas is not alone either.  On Friday, it was reported that more than 100 Roman Catholic priests were operating a pedophile ring while the government looked the other way.

Justice needs to be brought back to bear against these crimes so that others might learn not to engage in this activity.

Don't forget to like SonsOfLibertyMedia.com on Facebook, Google+, & Twitter.
The opinions expressed in each article are the opinions of the author alone and do not necessarily reflect those of SonsOfLibertyMedia.com.
Previous Post:
Authorities Bulldoze New Mexico Jihad Compound – Leave Ammo, Paperwork Behind
Next Post:
Sodom and Gomorrah was Judged by God Because Men Refused to Keep His Commandments in Dealing with the Wicked! 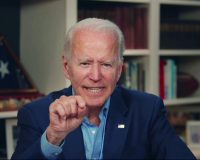 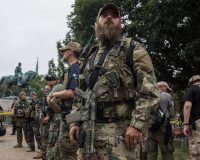