Delta Airlines Brags About How Many Were Put On No Fly List For Non-Mask Compliance! DELTA BOYCOTT Is In Order!

“Outside of the fact that the masks don’t work and the virus has never been proven (To the degree that the MSM blew it up to be), customers should be asking how much Delta got paid to attack their own customers.”

It’s ironic that airlines play both sides of the narrative. At one point, the airplane announcements claimed that wearing a mask is considered to be a federal law, even though there is NO Constitutional Law (Romans 4:15). Eventually, they then have to revert to amend the announcement by calling it a mandate.

Somehow, during the last 24 months, the flight attendants’ priorities went from being able to safely evacuate an aircraft to policing passengers who do not pull up their masks between bites of food.  I’m just wondering who is giving them the incentive to attack their own customers by keeping up false pretenses.

Instead of scanning the aisles to protect passengers from possible terrorists, they hyper focus on whether a 4-year-old keeps their mask on properly.
Medical exemptions are almost impossible to acquire as the medical and pharma companies sold the virus to the people.

Passengers’ needs are no longer considered. A screen at the airport warns passengers “Think twice… be nice,” as it boasts of the numbers of passengers removed from flights and put on the no-fly list for non-compliance (Amos 3:3). 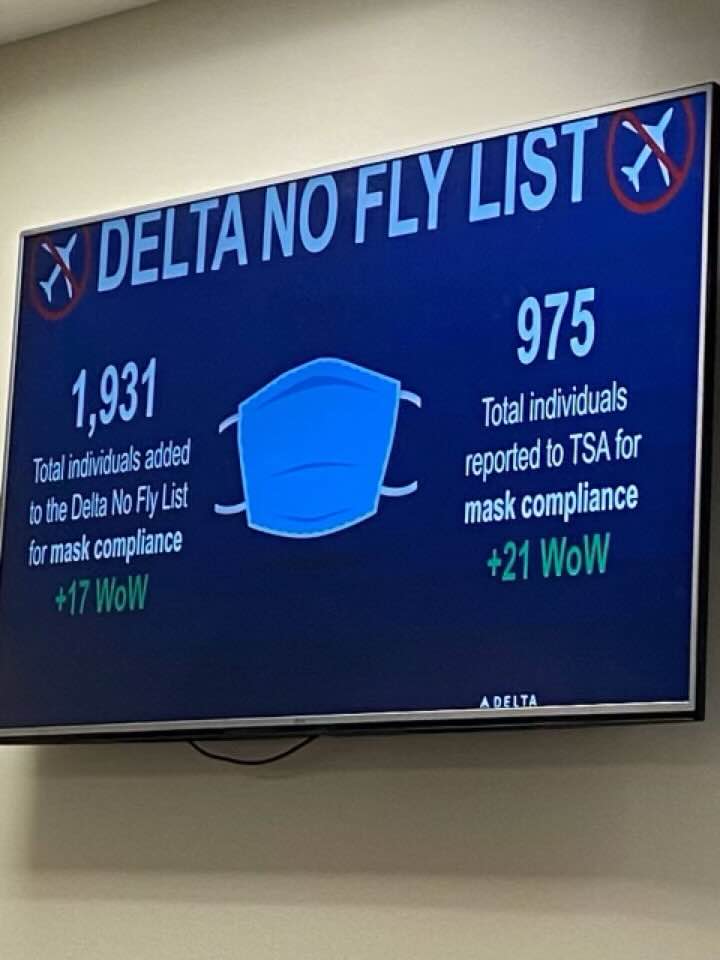 Interestingly enough, within the last week, these same airline executives demanded “Joe Biden drop the mask mandates.”  At this point, the airlines should quit the theatrical masquerade.  It isn’t like everyone doesn’t know the truth of the matter.

Americans, remember how DELTA has treated you. It is long past due to BOYCOTT this corrupt airline (Psalm 94:16)!

Don't forget to like SonsOfLibertyMedia.com on Facebook and Twitter.
The opinions expressed in each article are the opinions of the author alone and do not necessarily reflect those of SonsOfLibertyMedia.com.
Previous Post:
America’s Frontline Doctor Exposes Moon Landing Fraud & Unveils New Detox Survey (Video)
Next Post:
Corruption In DC Is Far Worse Than Most Americans Imagine

Florida School Cop Turns Off Body Cam, Grabs Girl By The Neck, Smashes Her Into The Ground (Video)
May 17th, 2022 Sons of Liberty Media