Move over KKK, there’s a new hatred movement in town, at least down in the DC Beltway. We may call it the VVV.

The acronym stands for the vicious, vindictive and vitriolic movement against our lawfully elected President.

OCD (obsessive compulsive disorder) is another useful acronym we could apply to Pelosi, Schiff, Nadler and Waters right out of the gate with little fear of contradiction.

They are trying to impeach President Trump for a crime committed by another, namely, former Vice President Joe Biden.  Contradiction is the drive, the impetus and the very fuel for their little ship of discontent.

Trending: The Coronavirus Experts Were Wrong, Now They Need Scapegoats – It’s not about fighting the virus, but punishing political & cultural enemies.

The democrats are only listening to themselves while what the rank and file Americans have to say seems to hold no interest for them. One example is when Adam Schiff was approached by a man in the Greenville Airport. He asked why in Schiff’s parody on the now-famous phone call to Ukraine – he chose to lie to the American people.

Schiff’s response was to simply run away.

President Trump is not the first to call out the Democrats for choosing to investigate and not legislate, but it was those poor unassuming voters now played and feeling like fools who pulled the lever in the ballot box in 2016. They have been betrayed by the new VVV caucus of dilettantes down in the beltway.

Their proofs are now more like spoofs, from Adam Schiff’s parody of the president’s words to any innuendo that makes crescendo for their dark and brooding symphony of discontent

But now proof has turned the entire story on its head, specifically for Joe and Hunter Biden.

Joe Biden said, “I have never spoken to my son about his overseas business dealings.”

But a picture of Joe and Hunter is now circulating around the internet with both of them walking around the golf court with Burisma board members. Read the full story here. 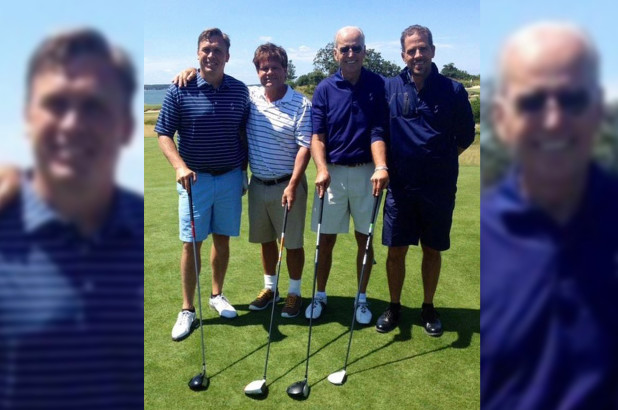 Shifty Schiff has also been caught in a full-faced lie about not meeting with the VVV’s whistleblower prior to announcing charges on the floor of the house.

According to the Federalist Papers, “The staff of California Rep. Adam Schiff, who is leading the impeachment case against President Donald Trump, met with the whistleblower before the report became public.

The whistleblower told Rep. Schiff’s staff about the complaint before he even filed the report against President Trump, The New York Times reported.”

It may seem hard to think of a Bible verse that would directly speak to the events in Washington, but then appears this obscure passage that hits the nail directly on the head. To wit:

“He catches the [so-called] wise in their own trickiness, and the counsel of the schemers is brought to a quick end.” (Job 5: 13 Amplified Bible

About the Author: MIchael Bresciani

Michael Bresciani is the publisher of American Prophet.org since 2005. The website features the articles and reports of Rev Bresciani, along with some of America’s best writers and journalists, news and reviews that have earned the site the title of - The Website for Insight. Millions have read his timely reports and articles in online journals and print publications across the nation and the globe. Follow us on Twitter and Facebook