There is currently a war being waged in New York City in the area of reproductive health, and it involves that city’s community of doulas. For those unfamiliar with precisely what a doula does, I’m going to suggest that the reader look it up in the interest of brevity. In a recent Netflix special, Asian-American comedian Ali Wong described the doula as “a white hippie witch that blows quinoa into your p**** to Keyser Soze all the pain away” during childbirth – and the tone of Wong’s reference is actually quite germane to the topic at hand.

The war of which I speak reflects in microcosm the larger war of cultural subversion that is being conducted by the radical left across every geographic and demographic area in America. As we have seen, there is no tactic too depraved to be employed in this pursuit, and these unethical and occasionally criminal antics are being supported, rather than condemned, by government and a sympathetic establishment press.

A July 19 article in New York magazine celebrated the fact that last month, “a bill quietly passed through the New York State Legislature that puts birth workers, commonly known as doulas, on a path to becoming professionalized in the eyes of the state.” Considering the intrusiveness of New York’s emergent nanny state policies and its legislature’s proclivity for passing laws that legalize such things as infanticide, this is a prospect that should terrify any doula. Indeed, some doulas and doula certification organizations are alarmed for these reasons, and because the bill was passed with minimal input from the doula community. The bill’s language is also confusing and the description of its reach and requisite certification requirements are equally obscure.

Far more disturbing is the culture of activism that has sprung up within this profession. The New York magazine article discusses such topics as a shortage of “doulas of color” and the high instance of maternal mortality among women of color, but it addresses these in the context of institutional racism somehow being at the root of these problems.

Digging deeper, it is plain to see that this activism – all arrayed in the finery of deep concern for expectant mothers – is nevertheless being driven by far left racist and racialist activists, and is clearly intended to promote racial division.

Ancient Song Doula Services, an extremely active organization cited in the article, is advertised as one “focused on providing services to women of color and low-income women.” It also provides various forms of certification for doulas. Granted that doula services and doula education should be widely available for women of color and low-income women, but a close examination of Ancient Song’s website evidences the outfit as being the Trinity United Church of doula advocacy and education. Their “Our Focus” page states that their goal is “to shift the narrative and address implicit bias and racism within maternal and reproductive health.”

Such language is of course part and parcel of far left racial orthodoxy, and one finds that in the culture of New York City, the idea of a woman of color being attended by a white doula is increasingly being framed as inherently racist. Perusing the various articles and advocacy websites reveals that these activists are of the mind that institutional racism is rampant in America; the rhetoric being bandied about in these places could have easily come from the mouth of Rep. Alexandria Ocasio-Cortez (D-NY) or Rep. Ayanna Pressley (D-MA).

It gets worse. The activism of those ostensibly advocating for women of color and low-income women has been vigorously targeting and demonizing white and “cisgendered” doulas for professional destruction – unless they have acknowledged the innate evil of their whiteness and demonstrably embraced the LGBTQ agenda in its entirety.

Katy McFadden, a Brooklyn doula, blogger and self-described “reproductive justice activist and maternal-infant health expert,” is one of the latter. Employing such phraseology as “White Saviorism,” “Toxic White Optimism” and “Negligent Racial Discrimination” on her blog, McFadden reveals herself to be one of those disgustingly “guilty” white liberals who has bought into the prevailing and potent New York brand of leftist doctrine, hook, line and sinker. Her blog boasts that she has partnered with Ancient Song Doula Services to “understand white supremacy” and “organize against it.”

It gets even worse. Not only are white and ideologically-errant doulas being singled out, but there is a spirited ongoing effort to include “trans” individuals within the doula community. This means that if you are a pregnant woman who requests an appointment with a doula, you are increasingly likely to have Bernie show up dressed as Brenda, rather than Brenda herself. Social media now features “queer birthworker” groups; chat rooms and message boards covering the local industry are now abuzz with the wisdom of “trans” doulas, “trans-non-binary doulas of color,” and other LGBTQ-isms.

The New York magazine article even quotes a self-described breastfeeding advocate and doula whom, upon the author’s investigation, was discovered to be a male transvestite.

Some of these people appear to be at least as dedicated to demonizing white, biologically female doulas as they are to promoting their own inclusion in the industry. Their disdain for whites and “binary” individuals is quite fervent; their tone and character more resembles that of Antifa than a community of conscientious birth workers.

Where it gets really weird is in the budding advocacy for expectant trans individuals. I shudder to think who these people might be, but in similar fashion to the New York magazine article, pregnant people are typically referenced in discussions among these folks, rather than pregnant women.

As a result, many established white doulas in New York City have lost their livelihood over the last couple of years. Some may not even know why. Those who provided the dizzying volume of material from which this article is derived are reticent to go on the record, given the vicious nature of the activism attendant to this phenomenon.

Like the gangsterism currently being employed by tech giants to marginalize everyone right of center on a global scale, the New York “reproductive rights” activists referenced here are engaging in behavior that is not only unethical, but probably qualifies as racketeering.

This is all sad and ironic, given that the women in New York who pioneered this work did so out of compassion and a desire to serve in their chosen vocation. If the character of people driving this activism at present is any indication, considering the legendary corruption and bureaucracy endemic to New York, many of the women about whom activists are allegedly so concerned are likely to wind up being served by insincere, incompetent and possibly dangerous individuals.

Unfortunately, since it’s New York, we probably shouldn’t expect anyone in government or law enforcement to address the issue until women of color in New York start suffering adverse health issues – and even then, it’s likely that these will be attributed to the racism of whites, rather than the racism of the left.

Don't forget to like SonsOfLibertyMedia.com on Facebook and Twitter.
The opinions expressed in each article are the opinions of the author alone and do not necessarily reflect those of SonsOfLibertyMedia.com.
Previous Post:
Michigan: Man Backs Over Fiancée, Crashes Into Abortion Facility During Heated Argument
Next Post:
Rashida Tlaib Refuses To Condemn ANTIFA, HAMAS, Sharia Law, Female Genital Mutilation All In The Same Day (Video) 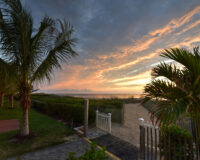