More than two dozen county sheriffs in Illinois have openly said they will not enforce Governor Pritzker’s unlawful “assault weapons” ban.  Good, because these are the last line of defense before it actually falls to the men of the county to say no to tyrants.

MADISON COUNTY, Ill. – One day after passing an assault weapons ban in Illinois, dozens of law enforcement agencies say they will not enforce the new law, saying it’s unconstitutional.

Gun dealers are expected to file lawsuits in the coming days to challenge Illinois’ new ban on the sale of assault weapons and high-capacity magazines.

Scott Pulaski, the owner of Piasa Armory, said he’s open for business but fired up about the new law.

“The ban went into effect immediately, as soon as the governor signed the bill Monday night,” Pulaski said. “As of Tuesday morning, we had to pull all of our inventory that was not complaint off shelves.”

He said gun dealers will feel the impact of the ban and see it as simply punishing law-abiding citizens.

“We have not met anyone who is happy with this new law. So everyone is upset,” Pulaski said. “Especially, the people who are not able to pick up the items they legally purchased.” 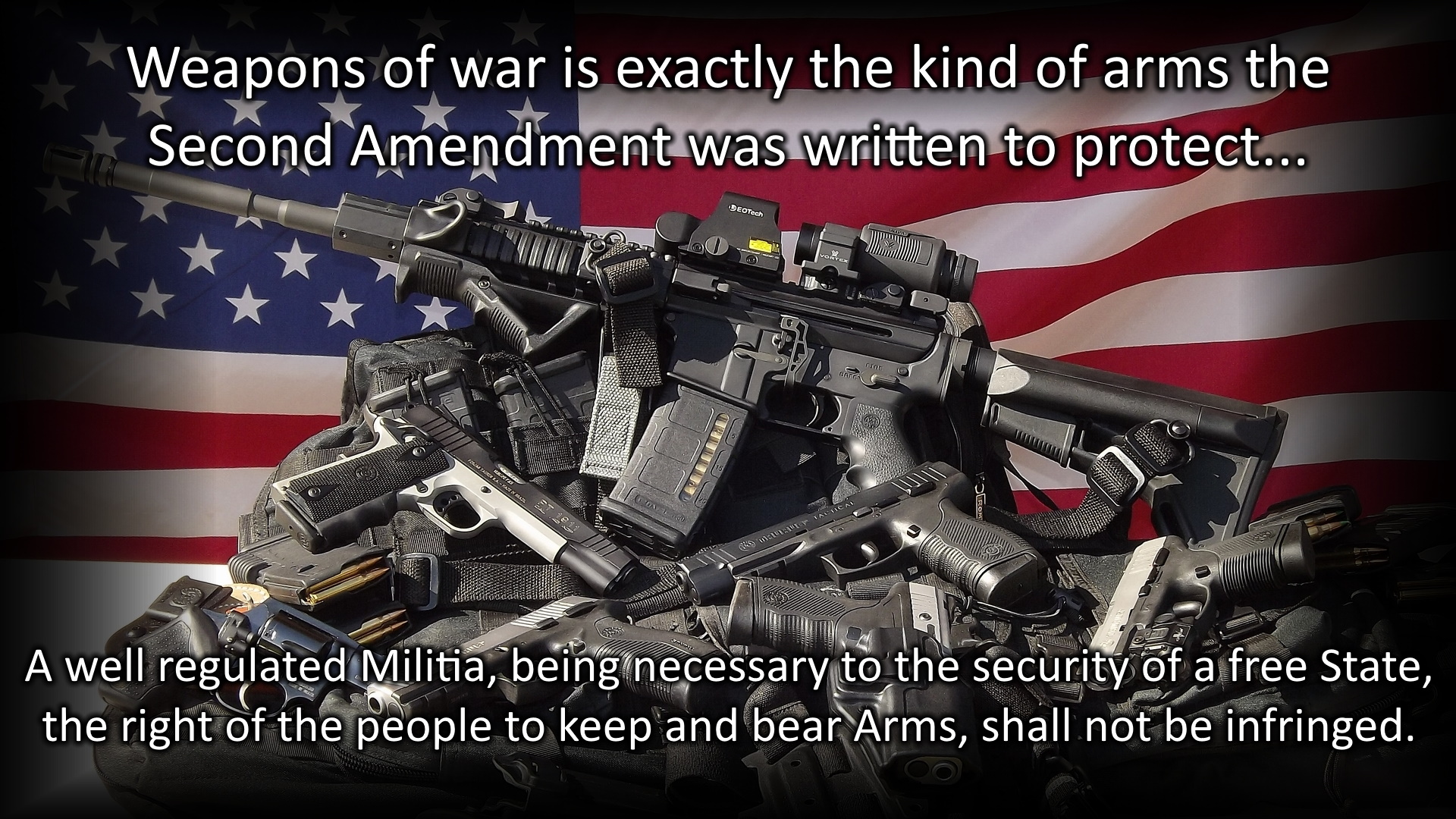 However, nearly three dozen sheriffs have already voiced their intentions to not enforce the ban.

And Governor Pritzker has threatened to fire them if they don’t enforce the pretended legislation, but we’re talking a sheriff here.  They are elected by the people and answer to the people they serve.  Will the people just sit by silently as those they elected are “fired” for simply upholding the actual law that protects from such tyranny?   Let’s hope not.

Pritzker said, “The fact is, that yes, there are of course people who are trying to politically grandstand, who want to make a name for themselves, by claiming they will not comply.  But, the reality is that the state police is responsible for enforcement, as are all law enforcement, all across this state, and they will, in fact, do their job, or they won’t be in their job.”

“Sheriffs are entrusted by the public to enforce the law. They don’t get to choose which laws they enforce. They must enforce what we’ve written into the code – the General Assembly, signed by the governor,” Pritzker said. “And they will do so.”

No doughboy, they are responsible for upholding the US Constitution, as well as the Illinois State Constitution which gives zero authority to the legislature nor the governor to infringe on the right to keep and bear arms, which is predicated on the fact that men are able to obtain them.  Enforcing Pritzker’s “law” would be unlawful.  Just wait till the men of Illinois find out about TacticalCivics.com, learn to rebuild their county militia and start dealing with the tyrant and his pawns in the state police.  They’ll rethink that position real quick.

Sheriff Ron Hain said that will not happen, nor will they arrest someone who has yet to register their weapons.

“We are not going to be putting them in handcuffs and slapping a felony charge on them, maybe take it for safe keeping, but we don’t want to ruin someone’s lives on something they are confused about,” Hain said.

The new assault weapons ban not only bans the sale and possession of military-style weapons, but requires legal owners to register their assault rifles.

“This bill puts us in a bind on the oath we took as sheriffs to uphold the constitution and constitution of Illinois,” said McHenry County Sheriff Robb Tadelman.

Whether it’s questioning the constitutionality of the law or confusion about it, Tadelman and Hain are joining dozens of other Illinois sheriffs who do not plan to enforce the law when it involves legal owners.

“What we will be doing is using this law as another mechanism to charge people with additional crimes who are committing an act of violence or just simply illegally possessing guns,” said Hain.

Additionally, Jefferson County Sheriff Jeff Bullard said he won’t do it either.

“Myself and many other law enforcement leaders understand this act violates the second amendment of the federal constitution,” he said. “We will not be enforcing it in this county.”

Like many of you, we are very concerned by the passage of HB 5471, which bans certain commonly-used firearms and firearm components in the State of Illinois. Overnight, thousands of otherwise legal gun owners fear their Second Amendment rights are in jeopardy. We feel the duty to clarify for our citizens the policy their Madison County law enforcement leaders will adopt with regard to this new situation.

As with any statute passed by the legislature and signed by the governor, it is presumed constitutional.

But we are acutely aware that this statute touches on fundamental constitutional issues and is in obvious tension with recent and binding Supreme Court precedent on the Second Amendment. Among other things, it bans many of the most popular firearms in America, firearms that are currently in common use for lawful purposes and which law-abiding citizens have legally owned for many years.

Whatever the policy justification, such a ban is hard to square with the Supreme Court’s 2022 decision in Bruen, which stated simply: “the Second Amendment protects the possession and use of weapons that are ‘in common use at the time.’” Based on the analysis above, we expect a strong court challenge to HB 5471 in short order. We trust that this legislative overreach will not stand. In the meantime, we remain focused on reducing violent crime.

Therefore, pending further direction by the courts, the Madison County Sheriff’s Office will not expend its limited resources to check whether otherwise law-abiding gun owners have registered their weapons with the state, nor will the Madison County Sheriff’s Office be arresting or housing otherwise law-abiding individuals solely due to non-compliance with HB 5471. As to possible prosecution, if the Madison County State’s Attorney’s Office is brought cases relating to enforcement of HB 5471, it will exercise strict prosecutorial discretion in such circumstances, ensuring that the clearly-defined Second Amendment rights of our citizens remain undiminished.

We are very concerned and disturbed by the ongoing and escalating violence throughout our state and country. We have fantastic staffs that put forth a strong effort to deter any criminal behavior. We are always supportive of new tools, techniques, and laws that assist us in preventing and holding accountable the people that choose to do harm and violence on others.

But in this process, the citizens of Madison County can remain confident that their local law enforcement will not turn the criminal justice system against those acting within their clearly-defined constitutional rights. At the same time, we will continue to ensure that crimes involving firearms are investigated and prosecuted according to the facts and circumstances of each case.