Fire has reportedly broken out at the ‘jungle’ refugee camp in the port of Calais in the hours following the terror attacks in Paris. The anti-migrant group known as ‘The Angry of Calais’ posted videos of the inferno on Facebook.

One video appears to show emergency services vehicles arriving at the camp, which houses around 6,000 migrants – mainly young men from Syria and North Africa.

In recent days, tensions have been increased in the camp, with migrants frequently clashing with police.

Riot police were deployed to the site on Wednesday night who fired tear gas at protesters and arrested a number of migrants.

The situation in France is tense. Despite the situation of Muslim terrorism in Europe, President Recep Tayyip Erdoğan of Turkey still threatened to implicitly increase the migrant flow of these immigrants to the EU.

Yesterday, Erdogan threatened: “What would happen if the 2.2 million Syrian refugees currently in Turkey all march to Europe?” Erdoğan said, criticizing the EU for closing its borders while his country is struggling to cope with the presence of a large number of migrants. 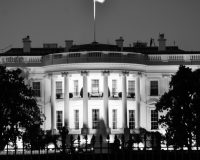 Innocent Teen Paralyzed After Cops Without Lights On Run Car Off Road, Then Flee The Scene (Video)
October 26th, 2021 Sons of Liberty Media

Can Nancy Pelosi Be Replaced As Speaker Of The House Before The Mid-Terms In 2022?
October 25th, 2021 Clash Daily