He was held in contempt of Congress for refusing to hand documents relating to the Fast and Furious gun running operation over to the House Oversight Committee. Emperor Barack attempted to extend Executive Privilege to cover Holder in this effort, but that didn’t work out.

This week, House oversight committee Chairman Darrell Issa said that a massive trove of emails his office received on the eve of the elections indicates that Holder was “at the heart” of deliberations over the Operation Fast and Furious scandal. More than 64,000 pages of documents were given to the committee, a move Issa said was a ploy to make sure they didn’t sway the election. He and his staff are now going through them.

In one email published by The Wall Street Journal, Holder claimed Issa and others “never gave a damn about” the program “when all that was happening was that thousands of Mexicans were being killed with guns from our country.”

Holder claimed before Congress that he didn’t know much about the program, but Issa said on Fox News that “it looks very much like he’s CC’d on everything.”

Fast and Furious was an operation that allowed firearms to be trafficked into Mexico so U.S. agents could supposedly track them. But the guns ended up in the hands of criminals, drug cartel soldiers, and at multiple crime scenes, including the murder of U.S. border agent Brian Terry.

Administration opponents – and those who know better – claim that Fast and Furious was perverted by the White House and DOJ into an operation that would generate so much gun violence along the border among border drug cartels that the administration could justify massive intervention – including new, draconian anti-Second Amendment initiatives.

Operation Fast and Furious is often referred to as having been a “botched gun running operation,” – but was it really?

According to a Freedom of Information Act lawsuit, back in 1995, when Eric Holder was Deputy Attorney General under then-President Bill Clinton, Holder authorized members of the FBI to provide explosives to Oklahoma City bombing criminals Timothy McVeigh and Terry Nichols immediately prior to the April, 1995 bombing of the Alfred P. Murrah building. This was ostensibly in conjunction with a Clinton Administration undercover operation named PATCON, an acronym for “Patriot Conspiracy.”

If the reader recalls, during the Clinton administration, fear of “right wing militias” was all the rage. PATCON was designed to infiltrate and incite militias and evangelical Christians to violence so that the Department of Justice could justify draconian measures against them, as well as compromise Americans’ personal liberties in general.

Apparently, instead of entrapping McVeigh and Nichols and charging them with conspiracy, the DOJ allowed their Oklahoma City attack to be carried out. After all, a few hundred dead bodies speak a whole lot louder than the government railing about the danger of right wing militias.

In the case of Fast and Furious, the government’s role in supplying the guns was discovered, and this became the story, rather than the gun violence itself, which did in fact occur as thousands of Mexicans, border residents, and Brian Terry perished in its aftermath.

It’s evident that Eric Holder deserves to be wearing an orange jumpsuit, and perhaps his concern over prosecution for his role in Fast and Furious and other crimes precipitated his resignation.

Suffice it to say that the blood of the innocents, in Oklahoma City, along our border with Mexico – as well as that of Brian Terry – stain Eric Holder’s hands big time.
Source 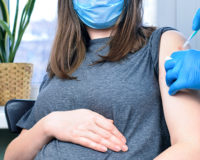