Florida Sheriff: Better to Have a Gun in Your Hand than a Cop on the Phone!

Polk County Florida Sheriff Grady Judd has stood up as Milwaukee Sheriff David Clarke did and encouraged those people he serves in his county to arm themselves to prevent criminals from making victims out of them. He stressed, that it is “more important to have a gun in your hand than a cop on the phone.”

“If you are foolish enough to break into someone’s home, you can expect to be shot in Polk County,” Judd said in a statement. “It’s more important to have a gun in your hand than a cop on the phone.”

The statement came following a home invasion earlier this month in which a homeowner shot a home invader.

More and more, peace officers such as Judd are beginning to realize the laws do not stop criminals, but well-armed citizens do. Why? I’ll give you a clue: We the People.

In other words, law remains the same, but the people are the ones that enforce the law. This is why we have been turned around. The American people have been waiting for a messiah to deliver them, an elected representative to be the proverbial superman and fail to realize the risen King of kings, Jesus the Christ, is that superman…. Is the Messiah.

As such, we are to be about doing all He commanded, including the bringing forth of justice and the establishment of righteousness because that is what we have been commanded to do by the Lord Himself.

Not only is this a lawful duty of the citizens under the Constitution, but it will advance a reduction in crime and was a right you have that was purchased in blood! 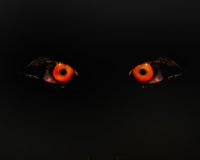