Half Million Humans Slaughtered, $4 Trillion Wasted Since 9/11 and Al Qaeda is Stronger Than Ever

Every year on September 11, Americans remember the horrific attacks that were carried out in 2001, which have been used to shape United States foreign policy, and to act as a symbol for the “War on Terror.” The attacks were attributed to 19 hijackers affiliated with the terrorist group Al Qaeda—a group that is arguably stronger than ever on the 17th anniversary of 9/11.

On September 21, 2001, just 10 days after the attacks, former President George W. Bush made a speech addressing the nation, and he placed the blame on Al-Qaeda, claiming that “Al Qaeda is to terror what the mafia is to crime.”

“Americans have many questions tonight. Americans are asking: Who attacked our country? The evidence we have gathered all points to a collection of loosely affiliated terrorist organizations known as al Qaeda. They are the same murderers indicted for bombing American embassies in Tanzania and Kenya, and responsible for bombing the USS Cole. Al Qaeda is to terror what the mafia is to crime. But its goal is not making money; its goal is remaking the world—and imposing its radical beliefs on people everywhere.

The terrorists practice a fringe form of Islamic extremism that has been rejected by Muslim scholars and the vast majority of Muslim clerics—a fringe movement that perverts the peaceful teachings of Islam. The terrorists’ directive commands them to kill Christians and Jews, to kill all Americans, and make no distinction among military and civilians, including women and children.”

Al Qaeda was not a terrorist group that magically appeared out of nowhere—it grew as a result of Operation Cyclone, a program carried out by the U.S. Central Intelligence Agency that armed and funded the Mujahideen in Afghanistan in the 1980s. Operation Cyclone created a vacuum in the region that made the perfect climate for both the Taliban and Al Qaeda to grow and flourish.

However, in 2001, Al Qaeda became the face of evil in the United States, and the Bush Administration launched the “War on Terror” with the purpose of defeating the group altogether.

The results of that ongoing mission have been horrific, and the death toll is staggering. In Iraq alone, the death toll was estimated to have surpassed 500,000 by the end of 2017. According to university researchers in the United States, Canada, and Baghdad in cooperation with the Iraqi Ministry of Health, “about 70 percent of Iraq deaths from 2003-2011 were violent in nature, with most caused by gunshots, followed by car bombs and other explosions.”

In Afghanistan, the War on Terror has cost more than $1 trillion and more than 31,000 civilian deaths have been documented. Civilian deaths have substantially increased in recent years—which serves as a reminder that the situation is only getting worse, and is not ending anytime soon.

According to an analysis from the “Costs of War Project” from Brown University’s Watson Institute, by the end of 2018, the U.S. War on Terror will cost America taxpayers more than $5.6 trillion, which is an average of $23,386 per taxpayer.

“As of late September 2017, the United States wars in Iraq, Afghanistan, Pakistan and Syria and the additional spending on Homeland Security, and the Departments of Defense and Veterans Affairs since the 9/11 attacks totaled more than $4.3 trillion in current dollars through FY2017. Adding likely costs for FY2018 and estimated future spending on veterans, the costs of war total more than $5.6 trillion.”

As The Nation noted, that estimate does not include several factors such as “the psychic costs to the Americans mangled in one way or another in those never-ending conflicts. They don’t include the costs to this country’s infrastructure, which has been crumbling while taxpayer dollars flow copiously and in a remarkably—in these years, almost uniquely—bipartisan fashion into what’s still laughably called ‘national security.’”

After 17 years, there is no sign that the War on Terror is ending anytime soon, but surely the United States is finally close to defeating Al Qaeda—right?

Unfortunately, the opposite is true. A report from the Los Angeles Times noted that in 2018, “Al Qaeda may be stronger than ever,” and instead of destroying the group, “U.S. policies in the Mideast appear to have encouraged its spread.”

“The group has amassed the largest fighting force in its existence. Estimates say it may have more than 20,000 militants in Syria and Yemen alone. It boasts affiliates across North Africa, the Levant and parts of Asia, and it remains strong around the Afghanistan-Pakistan border.”

While Al Qaeda may have started out as a small terrorist group, it has now grown into a massive network that is flourishing in Iraq, Yemen, Somalia, Syria, and Libya—all countries where the U.S. has actively carried out bombing campaigns in recent years.

On the anniversary of 9/11, it is time for Americans to acknowledge that after 17 years, unlimited funding approved by both Democrats and Republicans, and a brutal foreign policy that has killed hundreds of thousands of innocent civilians, the only thing the United States has accomplished in the Middle East is to create chaos, destruction, and the perfect environment for extremist groups to flourish. Indeed, US foreign policy has created a million Osama Bin Ladens since that fateful day and we’re on track to create a million more.

Don't forget to like SonsOfLibertyMedia.com on Facebook, Google+, & Twitter.
The opinions expressed in each article are the opinions of the author alone and do not necessarily reflect those of SonsOfLibertyMedia.com.
Previous Post:
‘Let Me In’: Witnesses Dispute Official Story of Cop Who Entered Wrong Home and Killed Innocent Man
Next Post:
A Federal Simulation Found That A Category 4 Hurricane Could Damage A Nuclear Power Plant, And Now That Exact Scenario Could Happen For Real

About the Author: Rachel Blevins

Rachel Blevins is an independent journalist from Texas, who aspires to break the false left/right paradigm in media and politics by pursuing truth and questioning existing narratives. Follow Rachel on Facebook, Twitter, YouTube, Steemit and Patreon.

VIDEO: Mazie Hirono: A lot of trump’s base are white supremacists, that’s who he speaks to
July 15th, 2020 Liberty Unyielding 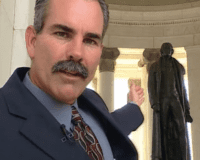 People Always Ask What We Should Do, Well, Here You Go Along With A FREE 4 Day Gun Course to Boot…Really!
July 15th, 2020 Sons of Liberty Media