Hey Liberals: Is Judge’s Ruling Overturning Amnesty Now the “Law of the Land?”

Lead paragraphs from a story in today’s Washington Times:

A federal judge late Monday halted President Obama’s deportation amnesty, ruling he overstepped his powers in trying to grant legal status to millions of illegal immigrants, in a decision that throws the White House’s plans into disarray just a day before applications were to be accepted.

Judge Andrew S. Hanen’s ruling is likely to be appealed, but it’s unclear whether it could reach the circuit court in New Orleans or even the Supreme Court before Wednesday, which is when the Homeland Security Department had planned to begin accepting the first applications under the new amnesty.

“The court finds, when taking into consideration the interests of all concerned, the equities strongly favor the issuance of an injunction to preserve the status quo,” Judge Hanen wrote. “It is preferable to have the legality of these actions determined before the fates of over four million individuals are decided. An injunction is the only way to accomplish that goal.”

So here is the question for all our liberal friends. When Federal Judge Callie Granade in Alabama issued a ruling setting aside Alabama’s marriage amendment, liberals were in high dudgeon that anyone would question such an order or seek to delay such an order, or seek to wait until the issue had been resolved by the higher courts.

No, they stomped their feet and loudly proclaimed that a judge’s ruling is the “law of the land” and must be obeyed without question forthwith. When a federal judges speaks, according to our liberal friends, it is as if God Himself has spoken and the judge’s ruling must be obeyed without question or challenge. You know, the supremacy clause and all that.

Thus inquiring minds want to know: will these same liberals insist that this judge’s ruling be implemented immediately and without question until it is resolved by Congress or higher courts? Or will they fulminate and bloviate and urge the president to go right ahead and implement amnesty regardless of the judge’s order? And will the president find a way to maneuver around this order and defy this judge by his actions if not in his words?

Amnesty proponents are up in arms over Judge Hanen’s perceived “bias” on the amnesty issue, which, truth be told, is nothing more than bias towards the law and it’s plain meaning with regard to amnesty. That is precisely the kind of “bias” judges are supposed to have.

But these same liberals are utterly silent about the “bias” Supreme Court justices Ginsburg and Kagan have shown by actually performing same-sex wedding ceremonies before the issue of same-sex “marriage” even came before the Court.

Judge Hanen’s ruling has the added advantage of being right on matters of law and the Constitution, while Judge Granade’s ruling in Alabama is clearly wrong. So there’s that.

Bottom line: if what’s good for the goose is good for the gander, liberals will be apoplectic over any effort to delay or evade Judge Hanen’s ruling, just as they have been in Alabama with regard to Judge Granade’s ruling. They will lacerate opponents of Judge Hanen’s ruling as cuckoo birds who just don’t understand the vast superiority of federal judges over mere mortals.

Don't forget to like SonsOfLibertyMedia.com on Facebook and Twitter.
The opinions expressed in each article are the opinions of the author alone and do not necessarily reflect those of SonsOfLibertyMedia.com.
Previous Post:
Jihad Escalates in Copenhagen Ahead of Muhammad Art Exhibit & Cartoon Contest
Next Post:
Obama State Dept: We Can’t Stop Islamic State by Killing Them – They Need Jobs!

US Gets Even Closer To War With Both Russia & China
December 1st, 2021 Sons of Liberty Media 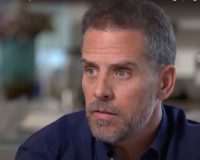