On Tuesday evening, June 23, PBS Frontline (check for your local broadcasting time) will air an hour episode on Insys Therapeutics, maker of Subsys (fentanyl) sordid crime spree resulting in a brave attorney representing a family in the death of their young daughter because she was prescribed Subsys for non-cancer treatment.  The senseless death drove an attorney to assist the U.S. Senate in its investigation of Insys Therapeutics with the damning evidence he uncovered which helped lead to the convictions and prison sentences of executives of the disgraced pharmaceutical company.  Here is a preview of PBS’s Frontline segment on Tuesday evening:  https://www.pbs.org/wgbh/frontline/article/opioid-drugmaker-insys-bribing-doctors-fentanyl-painkiller/
Below is the article I wrote and had published in November 2017 highlighting the heroics of Richard Hollawell, attorney in bringing a family a degree of justice in the death of their daughter.  Mr. Hollawell will be representing this family in a malpractice suit in the near future.  I will be covering that trial as it evolves.
I remain curious as to how the makers of OxyContin, the Sackler Family’s privately held pharmaceutical company, Purdue Pharma has evaded justice in the deaths and addictions of hundreds of thousands of victims — with only the bogus threat of bankruptcy looming over their heads.  Where is the U.S. Senate and attorneys of the caliber of Richard Hollawell in taking on the Sackler family and Purdue Pharma?

Attorneys are becoming the heroes in the prescription opioid epidemic ravaging the US! 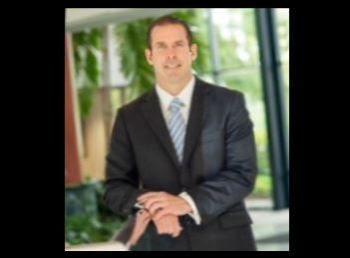 Rick Hollawell, one attorney giving hope for victims of opioid addiction and death.

(MYRTLE BEACH, SC) – Last month, “CBS 60 Minutes” and “The Washington Post1” did an explosive expose on a former Drug Enforcement Agency official whistle blower, Joe Rannazzisi — who was brave beyond words to expose political wrongdoings fueling the prescription opioid epidemic.
Rannazzisi wears several hats — former DEA official, pharmacist and attorney.
There is another unsung hero in this opioid epidemic. His name is Richard (Rick) Hollawell and he is an attorney practicing law in my home state of N.J.
Rick Hollawell represents a family in N.J. whose daughter Sarah Fuller died in 2016 at the age of 32 as a result of being prescribed Subsys (fentanyl).
Subsys manufactured by Insys is approved to be prescribed as a sublingual spray approved by the FDA to treat breakthrough cancer pain. Sarah Fuller was prescribed Subsys by her physician — although she didn’t have cancer.
Sarah had neck and back pain resulting from two car accidents. Why would her doctor prescribe a dangerous opioid intended for cancer pain to Sarah? Rick Hollawell wondered why also and wanted answers.
Fentanyl is a man-made opioid that is 100 times more powerful than morphine. Sarah Fuller’s physician made no mention to her that there were very real dangers with being prescribed Subsys, or that it was only intended for cancer patients.
U.S. Sen. Claire McCaskill of Missouri conducted an investigation into Insys and released a report and audio implicating the company in deceitful marketing of a very dangerous opioid.
Employees claiming to be from doctor’s offices used a toll-free phone number — later traced to Insys — to call insurance providers and give false information about patients to increase profits in prescribing Subsys to unsuspecting patients — who did not have cancer such as Sarah Fuller.
Rick Hollawell and Sarah’s mother traveled to Missouri to testify in front of Senator McCaskill about the criminal activity of Insys resulting in the death of a 32-year old bride-to-be.
As a result of Senator McCaskill’s investigation into Insys and subsequent report — as well as a brave attorney by the name of Rick Hollawell, the Fuller family has some justice for Sarah.
John Kapoor, founder and multi-billionaire of Insys was recently arrested and charged with the illegal distribution of a fentanyl spray intended for cancer patients.
Is it an injustice that in 2007, Purdue Pharma, maker of OxyContin was charged in federal court and pleaded guilty to criminally marketing their dangerous and highly addictive opioid — yet there were no arrests?
Purdue Pharma’s plea agreement was drawn up by none other than “America’s Mayor” Rudy Giuliani.
Rudy Giuliani specifically had the plea agreement not involve any arrests or jail.
Fast forward these past ten years and the devastation caused by a dangerous opioid called OxyContin. Justice from “America’s Mayor?” Not even close.
For now, I am grateful for two attorneys named Joe Rannazzisi and Rick Hollawell. I am proud to know them and they give me hope for victims of horrific addiction and death, by their bravery.
Now it’s time for law firms throughout the country representing states suing pharmaceutical companies for the devastation caused by the over-prescribing of dangerous opioids to follow Rannazzisi and Hollawell’s lead and give meaning to the word “justice”.
It is long overdue.
1Here is the link to “THE DRUG INDUSTRY’S TRIUMPH OVER THE DEA” (The Washington Post):https://lnkd.in/dcqtrrU.
Marianne Perez
Investigative Reporter exposing the manufactured opioid epidemic and Purdue Pharma
https://www.wired.com/story/mom-who-took-purdue-pharma-oxycontin-marketing/
https://www.simonandschuster.com/books/Pharma/Gerald-Posner/9781501151897
“PHARMA” not only exposing the Sackler Family, owners of Purdue Pharma, but pharmaceuticals and the FDA

TRENDING ON SONS OF LIBERTY MEDIA
Previous Post:
How Individual Professional Liability Insurance Could Reform US Policing
Next Post:
Don’t Fall For It: Centralized Digital Currencies Will Only Enslave You Further

D.C. Mayor Bowser: ‘We are going to go back to a new normal’
January 16th, 2021 Liberty Unyielding

If The High Number Of Frontline Health Workers Rejecting The Vaccine Does Not Tell You The Truth Of The Matter, Nothing Will!
January 16th, 2021 Sons of Liberty Media