I have had just about enough of this. There is more than enough information available in the public record that House Intelligence Committee Chairman Rep. Mike Rogers (R-Mich) sabotaged the Committee’s investigation into the September 11, 2012 attack on the U.S. consulate in Benghazi, Libya.

A recent report released by the committee and the process that gave rise to the report was widely criticized for avoiding scrutiny of the Obama administration’s Benghazi response, and has drawn complaints from Republicans on the panel and some survivors of the attack.

Why would the esteemed chairman do such a thing? As I said – the information is out there. For months now, it has been reported in a number of reliable venues that a private military contracting firm run by Rogers’ wife Kristi Rogers, was hip-deep in intelligence and government security contracts in Libya at the time of the attack on the consulate where four Americans were killed, including U.S. Ambassador Christopher Stevens.

The White House lack of response is what got our people killed. Much of the criticism of the President, then-Secretary of State Hillary Clinton, and others, has been in the area of questioning their competence. My long-time contention is that the White House deliberately withheld desperately-needed support that night, if they didn’t orchestrate the attack to start with.

Then, there was the grotesquely feeble White House narrative about an anti-Islam YouTube video that supposedly incited local rabble to attack the consulate. Information relative to the film’s producer, Nakoula Basseley Nakoula, being a long-time agent and informer for the Justice Department also abounds, but hasn’t made it into mainstream media reports for some unfathomable reason.

To put it indelicately, Mike and Kristi Rogers are the consummate Washington parasites. Mike Rogers is a seven-term representative, making a calculated ascent to chairman of the Intelligence Committee in January 2011 – just in time to have a hand in pretty much everything relative to U.S. operations in Libya. At the same time, Kristi Rogers made a lateral move to the private sector from government service (as many of these leeches do) and joined the British-based security contractor Aegis Defense Services. Kristi’s job was the establishment of Aegis’ U.S. subsidiary, after which the company won several major contracts with the U.S. administration.

A spokesperson for the House Intelligence Committee noted that “strictly observed and enforced” policies required “that there should be no interaction with Mrs. Rogers on any matter relating to the official business of the House” and “no interaction between the Committee and any representative of Aegis.” There is no evidence of wrong-doing by Rep. Rogers or Aegis.

So the wolves are truly guarding the henhouse. We know that Benghazi was about the Obama administration’s unlawful transfer of armaments to jihadis in Syria; incomprehensibly, this has been overlooked by Congress. Since Kristi Rogers’ company, Aegis, was working intel and security in Libya, one can only guess at this point (particularly given the subterfuge and obfuscation at hand) how deep their involvement truly was.

Micah Morrison of Judicial Watch referred to the committee’s investigation process as “an insider’s game of covert operations and corporate profits played out in the gray areas of law and policy.”

And indeed it was. If you’ll recall, even Sen. Lindsey Graham described the committee’s findings as “garbage.”

Far more disturbing than the garden variety scandal of a sitting representative and committee chair attempting to shield his spouse (and probably himself) from revelations of their conflicts of interest, is the fact that in so doing, Rogers is now complicit in aiding and abetting the Obama administration in crimes attendant to Benghazi.

Invertebrate power players in the GOP eschewed heaping too much criticism on Rogers in the face of the impending midterm election. This of course makes about as much sense as their refusal to hold Obama accountable for his myriad crimes in order to preserve his legacy as America’s First Black President.

In light of this, those interested in getting at the truth of the Benghazi attack, whether families of victims, survivors, or lawmakers, were vexed at every turn by Rogers, whose concerns were little more than personal damage control. To this end, it has been reported that stonewalling and witness intimidation were employed, as well as Rogers deftly misdirecting the procedure where he could.

So, we have an ascendant dictator in President Obama, and a Congress that runs from every opportunity to hold him accountable or better, to dismantle his criminal regime. I have maintained for two years now that the truth about Benghazi would put Obama, Hillary Clinton, and a host of White House minions in orange jumpsuits for a long time. Will the opportunity to dispatch this treasonous, radical operative be missed on account of one bloated Washington pig and his trophy wife?

For now, it would appear so. 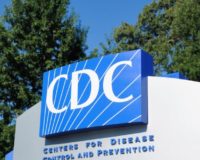