Intellect: Yours Vs Theirs

**Author’s Note: A couple of potentially disturbing images are featured.**

Anti Fed Ed Warriors, my last article was full of how diabolical the shift in intellect has become in America. I hope and trust you’ve taken the time to comb through the many resources to see how drastic it is that We the People rise up and take back the morals/ethics upon which this country was founded on. I hope and trust that you’ve taken the time to listen to the lastest interview on this subject. If so, you know how much trouble the shift away from a truthful foundation to a house of lies, this nation has become.

Warriors, in the article and interview, a YouTube series by Dr. Stephen Pidgeon was highlighted. In one of these short videos, the Doctor brought up “AI (Artificial Intelligence) and techno-fascism” is destroying our critical thinking and conforming what we can/cannot say or think. This is a direct attack on our attitudes, values, and, beliefs. As we know, the CCSS Machine uses SEL (social emotional learning) to target our morals and ethics.
AI will also attack our First Amendment rights. 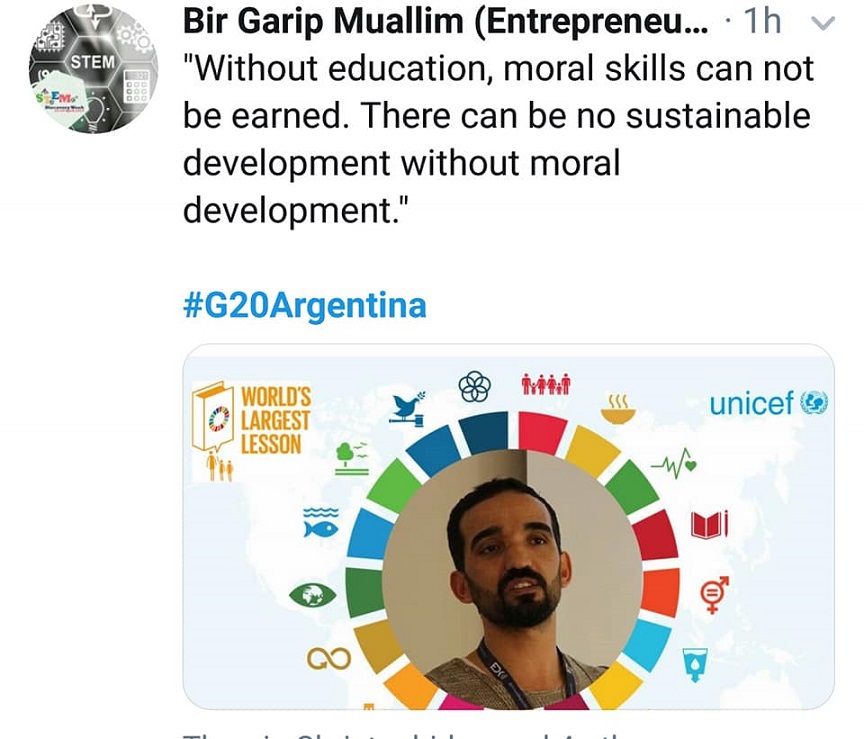 In this article, I’ll be following up with more on the morality shift from personal and godly to collectively and global. After that, the current DC push to use AI to reshape our morals AND our lives via education.

Who/what wins with AI? It’s not We the People!

The Noahide Based “Moment of Silence” Movement:

Warriors, on the same day of the interview featured above, my dear follower Patriot, sent me another link to a Noahide related movement called “Moment of Silence”. This movement is targeting schools, mainly young students to use the moment to meditate on themselves. While this may not sound bad, consider the fact that many who are in ANY type of school (or group related to school) using this program, that it promotes ‘self’.

If you’re like me, maybe you remember that prayer and Bible reading in the public school system was attacked and deemed wrong. Yet, as I’ve traveled down the CCSS Machine trail, I’ve see self focused yoga used in classrooms (all ages), seen how Noahide intellect has reshaped morals in education (esp. all the sexuality-based alignment), how openly Satanism and earth worship have pointed to the world as creator. Yet, somehow, the very Christian morals and ethics we were based on, are all wrong. 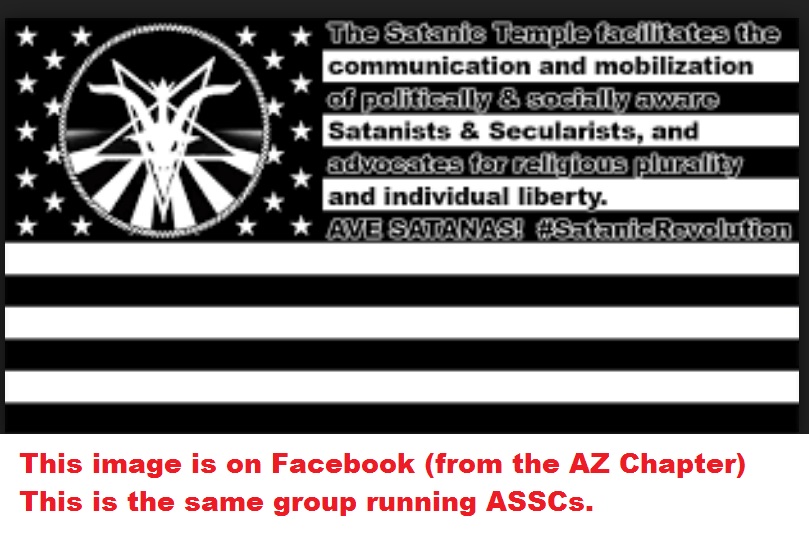 In this Moment of Silence YouTube clip, listen to the young girl describe how she’s been groomed to find her ‘happy place’. That ‘place’? Herself. Then, listen as she tells you ‘It’s all about me.’

In this Moment of Silence YouTube clip, you’ll see the teacher lead the class in using a moment to reflect on notes sent to them from home. This means the parents are aware of the program and choosing to actively participate.

This is the danger, Warriors, the SCHOOLS (regardless of type using Moment) are grooming children to be controlled and nutured by the SYSTEM, not the God-given families!

What’s even worse, is that the Moment of Silence movement is based on the Rebbe Schneerson’s teachings.
(*Note: Schneerson was considered a Messiah by radicial Lubavitch followers. He was also the Rabbi, DC chose to honor and embed the un-godly and immoral Noahide Laws as a basis for education in America!)

Warriors, even in 2020 (and since 1978) EVERY President has backed the Noahide shift. 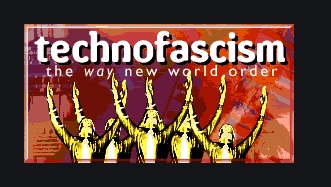 Warriors, remember the Noahide shift and fascism are basically the same. The rabid push for technology is part of the CCSS Machine’s part of the reshaping of America. As we know, DC is foaming at the mouth to not only continue the shift away from our Christian foundations, but to become globally controlled by those in this techno-fascist system. So, what is a ‘techno-fascist’?

Think the concept of fascism (one party government controlling its citizens in every aspect) combined with the use of techonology to track us, trace us, manipulate our education, etc. by those ruling over us.

Warriors, we ARE living in precisely that type of environment. In spite of the dog/pony shows the Republicans and Democrats are swaying you with. BOTH parties are willing and active participants in what’s called the Fourth Industrial Revolution (techno-fascism)!

Fellow Warriors, AlisonMcDowell and Joseph Gonzalez, recently conducted a 3 & 1/2 hour webinar on this very topic. I urge you to take the time to watch and learn. AI is at the heart of ALL of what we’re seeing happen: from on-line distance learning (aka: child abuse) to mandates in our health care, as well as everything else in between.

Back in 1998, the possibilities of how overpowering AI and techno-fascism could be were already in the works. Take a few minutes to read this author’s findings. Then, think about how Elon Musk is pushing trans-humanism (part of technology embedded in your body. Supposedly you or the AI can control your body better, but with all the AI data tracking, it’s not out of the question to realize the companies working with Musk could control you, too.

This recent article by The Sun shows the brain chip (above image) is being made to help folks NOT be replaced by AI and that the chips can help your health. Warriors, are we really going to trust another billionaire educratic monster (other example: Bill Gates) when it comes to our God-made and God-created bodies?

Neither of these billionaires are medically certified doctors AND even if they were, their devotion to be as global as possible, begs the question: Where do their morals and ethics lie? In Noahide law and corporate profits!

With the knowledge that ESSA (Every Student Succeeds Act) embedded more AI (infrastructure changes so students had no excuse for internet access 24/7, 365), more mental health overreaches, and, health care manipulations, it’s only a matter of time before this brain chips are given to our students (all ages, regardless of school location, even homes) based off CCSS aligned assessments or behavior interventions.

Access to all my other articles on education and AI.

S 1363, Twin Bill to HR 2575 (expands AI at the federal level in the name of efficient service to the nation. Also expands the federal gov’t with a new AI Center for Excellence). You’ll find ‘competencies’ (as in CBE, competency based education) on page 19. (*Note: House version introduced in Dec. 2019, Senate’s June 2020)

S 3901, introduced June 2020. Will have higher education locations become ‘training camps’ or ‘re-skilling camps’ for AI. Scholarships are awarded, but if indentured service (after graduation) isn’t completed, repayment of the scholarship (aka: student loan) is possible. Sets the Non-Governmental Organization, NGO, National Science Foundation as the lead group in scholarship awards.

HR827, introduced early 2019, I featured that bill (has gone nowhere) in this article. It’s the last bill before the purple minion picture.

HR 7096 and S 3890, both introduced June 2020. Will set up a national AI Task Force for ‘research purposes’). Warriors, these twins openly admit that data collection AND ‘snooping’ in and outside of education would happen.

HR 7339 was introduced late June 2020 and would take NGOs and federal agencies to determine the skills needed for careers in AI in ALL sectors of America for a workforce groomed in all things related to AI.

HR 2613, has passed the U.S. House and is in the U.S. Senate. This Bill combines AI and law enforcement in the name of seeking out financial crimes. While that sounds good, consider that the Bill will allow blanket use of geo-targeting orders. It will also amend the Bank Secrecy Act. (*Note: related, are the Cybersecurity moves DC’s making.) 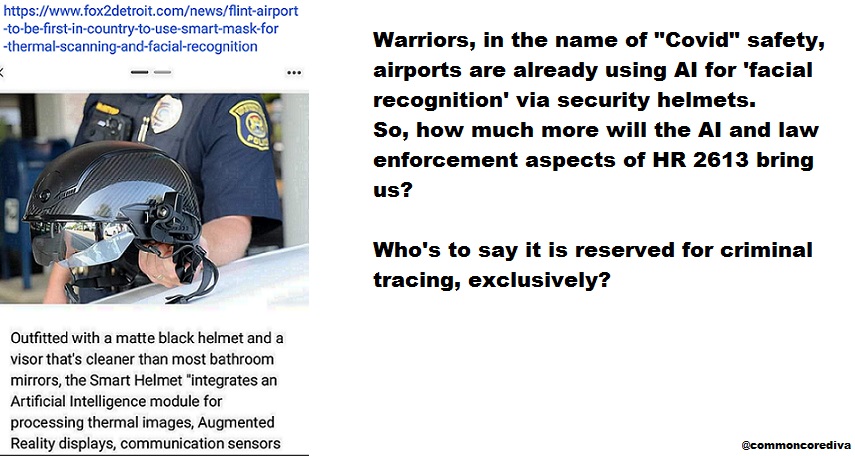 HR 2613 will involve the authority of FinCEN (Financial Crimes Enforcement Network). According to fellow Warrior, Carol (financial research expert), FinCEN is tied to the Patriot Act (another huge data tracker set-up for America).

Warriors, in the above image (featured in one of my articles on USMCA and medical/education overreaches), I showed the ESSA strings. Many of these are already attached to data tracking. So how much MORE will happen with AI? Every BIT of this is not only unconstitutional, it’s criminal!

However, the activity isn’t new.

Charlotte Iserbyt exposed Project BEST back during her time in DC. Here we are many years later and the CARES Act embedded funds for BEST in the name of AI and education;
https://www.activistpost.com/2020/08/gates-and-big-tech-reimagine-post-human-education-the-new-normal-is-a-i-data-mining-for-social-credit.html

Don't forget to like SonsOfLibertyMedia.com on Facebook and Twitter.
The opinions expressed in each article are the opinions of the author alone and do not necessarily reflect those of SonsOfLibertyMedia.com.
Previous Post:
Education Daze & Political Haze
Next Post:
North Carolina Has The Chance To Topple The Right/Left Paradigm In The Governor’s Office

Op-Ed: As America Marches for Life This Week, We Have a Once-in-a-Generation Opportunity
January 23rd, 2022 Flag And Cross