Islamic Center Of Tennessee: We Love Jesus, But It’s Perfectly Fine To Persecute His Followers

“…and every spirit that does not confess Jesus is not from God. This is the spirit of the antichrist, which you heard was coming and now is in the world already.” -1 John 4:3

“For many deceivers have gone out into the world, those who do not confess the coming of Jesus Christ in the flesh. Such a one is the deceiver and the antichrist.” -2 John 7

Antichrists have existed since the time of the New Testament.  Specifically, they were the followers of Judaism that denied that Jesus the Christ was God manifested in human flesh.  However, it does not stop with Jews who deny that Christ is God.  Muslims are also very much antichrist.  They deny the deity of Jesus and though they claim to “believe” in Jesus, their Jesus is a different Jesus than the One found in the pages of the Old and New Testaments.  A recent article points out how the Islamic Center of Tennessee, and I might add most Muslim organizations in the united States, is attempting to deceive Christians and others about what they believe concerning Jesus the Christ.

As part of its aggressive dawa (proselytizing of Islam) The Islamic Center of Tennessee (ICT) is ever so proudly hosting the traveling “Jesus Exhibition, which details what the Quran says about his life and his mother, Mary. The event is noon to 6 p.m. Nov. 9.”

Hamsa goes on to explain:

The iERA does not hide the fact that this exhibit is intended to bring people to Islam – “[t]his global exhibition has now been seen in Australia, Austria, Bahrain, Cyprus, Germany, Honduras, Ireland, Malaysia, Malawi, Mexico, the UK and the USA, with many people embracing Islam as a result!”

According to The Tennessean:

The hope is people who have questions about Islam will have a chance to go straight to the source for answers, Anwar Arafat, the center’s imam and religious director, said. And the Jesus Exhibition helps narrow down such a big topic to one that Muslims have in common with people outside their religious tradition.

“It’s something that a lot of Islamic centers around the country are trying to do, which is reach out to broader society,” Arafat said. “This is a way that we can kind of let people know what it is we as Muslims actually believe in.”

Muslims view Jesus as a prophet of God and a great person, but they do not believe Jesus is divine as Christians do, Arafat said.

Exactly, but it’s more than that.  They really don’t believe Jesus is a prophet of God or they would have listened to him.  Instead, they are busy trying to lie about the authenticity of the Scriptures that existed hundreds and thousands of years before Muhammad was a thought in his daddy’s mind.  They claim Jews and Christians have distorted the Scriptures, but all of the manuscript evidence we have, some even dating back into the first century testify that nothing in the Scriptures has been altered.

Rather, we have the simpletons of Islam, who are unwilling to see that God promised a savior of mankind in Himself coming in the flesh.  While Islam claims that God cannot become a man, that is the testimony both of the Old Testament and the New Testament.

“We have a lot of references to Jesus in our holy text,” Arafat said. “I believe that personally after doing some research, and a lot of different people have written about this, is that it doesn’t take away from Jesus’ stature for us to believe that he is a human being.”

No, it absolutely does take away from Jesus.

Jesus claimed to be the “I AM” seven times in the Gospel of John.

I AM was the name God told Moses to use to confirm who had sent him to set them free from the slavery in Egypt, being a picture of Jesus, who would set His people free from the bondage of sin.

Not only does Islam reject the Jesus of the Bible, but it rejects His own prophecy.

Jesus was clear about what Scripture speaks about.  Following His resurrection, Jesus told his disciples in Luke 24:44-47:

44Then he said to them, “These are my words that I spoke to you while I was still with you, that everything written about me in the Law of Moses and the Prophets and the Psalms must be fulfilled.” 45Then he opened their minds to understand the Scriptures, 46and said to them, “Thus it is written, that the Christ should suffer and on the third day rise from the dead, 47and that repentance for the forgiveness of sins should be proclaimed in his name to all nations, beginning from Jerusalem.

Devout Islamists do not listen to Jesus when He speaks.  Therefore, even practically, they do not believe he is a prophet.  They are merely engaging in taqiyya.  They are saying one thing and acting with indifference to what they claim to believe.

No, it’s not semantics, it’s completely in substance.  Islam denies both the actual person and work of the Lord Jesus Christ and His ability to save sinners.  Arafat is merely a deceiver because he has been deceived himself.

Hamsa points out how clearly Islamists miss this.  He writes:

Does the Jesus exhibit include that the Quran says we are all supposedly Muslims which is why Islamists refer to converts as “reverts”?

How about this little Quaranic gem – According to the Quran, “Esa,” is Jesus’ real name because Jesus was a Muslim, he was not crucified and did not die on the cross but instead, ascended to Allah and anyone claiming otherwise is a liar, so when Jesus returns, he will “be a witness against Jews and Christians for believing in his death.” (4:157-159)

How does the traveling exhibit and Imam Arafat explain the hadith (traditions and sayings of Muhammad) which say that when Jesus comes back, he goes on a pilgrimage to Mecca, he breaks the cross, kills the pig, does away with the “jizyah” (tax on Jews and Christians) and helps destroy Christianity once and for all?

“He will break the cross, kill swine, and abolish jizyah. Allah will perish all religions except Islam.” Sunan Abu Dawud, Book 37, Number 4310.

Islamists in Tennessee have been peddling the “we love Jesus too” approach for years in Tennessee to lure the gullible Christian and Jewish kafirs – the same ones they pray against five times a day in the Al-Fatihah:

“In the Name of Allah, the Most Gracious, the Most Merciful,

All praise and thanks be to Allah, the Lord of all that exists,

the Most Gracious, the Most Merciful,

the Owner of the Day of Recompense.

You we worship, and You we ask for help.

Guide us to the straight path,

The way of those upon whom You have bestowed Your Grace, not (that) of those who

earned your anger nor of those who went astray.”

(Jews “earned your anger” and Christians are “those who went astray”).

A few years back the MSA (Muslim Students Association) at East Tennessee State University put on a program called “Jesus in Islam”:

“We did a couple of lectures on campus last year,” Nimer [MSA President], said. “One was ‘Jesus in Islam.’ We talked about the misconceptions people have because a lot of people think we don’t believe in Jesus. We do, we love him, we respect him and we follow his teachings.”

In 1999 Awadh Binhazim, former Austin CAIR chapter leader, former board member at the Islamic Center of Nashville (ICN), and a founder of the ICT, proselytized Islam in Nashville through his Olive Tree Education project. Among Islamists operating in Tennessee, he was one of the least deceptive.

Binhazim lectured Islam’s supremacist belief regarding what Muslims believe about the Gospel:

Binhazim’s running buddy, former imam of the ICN, Abdulhakim Mohammed was also the Education Director for Binhazim’s Olive Tree Education. This imam had no regard for Christians or Christianity – “Christians have lost much of their basics and tenets of faith.  The truth of Christianity was lost at its earliest stages. …Tomorrow they’ll celebrate Christmas assuming that Christ is a god or son of god.  There is no greater lie than this.  The greatest lie of all time.”

The former imam of Binhazim’s ICT, Imam Abdullah Al Ansari said, “He [Allah] told us to fight the Jews and Christians. Fight them until they give jizya. They give this protective tax from their hands and they are humiliated and subdued.  If Islam, true Islam and true Muslims do not rule there will never be justice.  Don’t think that Barak Obama can give you justice.  No one can give you justice except a just Muslim ruler”.

In Tennessee, apologists for Islam, progressive leftists, and interfaith lapdogs, have become the most useful tools of Islamists.

That’s exactly right.  These people are antichrists.  Do not listen to them nor welcome them into your home, as the apostle John writes.  Rather, love them enough to confront the lies of the non-prophet Muhammad, the Koran and the Hadiths and give them the truth of who Jesus the Christ really is:   God in the flesh, Emanuel, the only Savior of mankind.

Don't forget to like SonsOfLibertyMedia.com on Facebook, Google+, & Twitter.
The opinions expressed in each article are the opinions of the author alone and do not necessarily reflect those of SonsOfLibertyMedia.com.
Previous Post:
Hillary Clinton, Michael Bloomberg & John Kerry Hypothetically Enter 2020 Race – What Do Democrats Do?
Next Post:
Gun Confiscation Activist Shoots & Murders Her 3 Children Before Turning The Gun On Herself 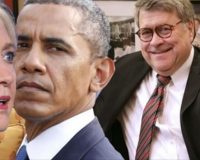 Protestants: The Power of Protest – Obedience to God is Found in Resisting Tyrants – The Language of Our Forefathers
January 18th, 2020 Sons of Liberty Media