It looks like the great schemer, liar and fraud Bill Gates may have a plan to swindle the world of its wealth and one of its greatest resources, food.  In the same manner that Blackrock and Vanguard have been engaging in the purchasing of single-family home to turn them into rentals, Gates appears to have a plan of his own to dominate the global food system.

In early June, the government of The Netherlands announced it would cut the size of livestock herds in the country by 30% to meet European Union nitrogen and ammonia pollution rules.

As a result of this “green” policy, many farmers will be driven out of business and they have gathered in protest across the country.

This is important because many may not realize that even though The Netherlands is a small country, it’s the second-largest exporter of agriculture in the world, after the United States.

As with current energy shortages, the forced reductions in farming and food production are said to be an “unavoidable” part of the Green Agenda to improve air, soil and water quality.

In a public statement about the new emissions targets, the Dutch government even admitted that “the honest message… is that not all farmers can continue their business.”

Those who do continue will have to come up with creative solutions to meet the new emissions restrictions.

A clear case of corruption?

The restrictions on nitrogen for livestock farmers have befuddled many.

Why would government restrict farming at a time when food shortages and famine loom on the horizon worldwide (see video below)? Some claim to have discovered conflicts of interest within the Dutch government that can help explain this irrational move.

The newly assigned Minister for Nature and Nitrogen Policy (who created the nitrogen regulations and is responsible for overseeing the cuts to farming), Christianne van der Wal-Zeggelink, is married to Piet van der Wal, who together with his brother, Bouke van der Wal, own a massive supermarket chain called Boni.

As noted by The Conservative Treehouse:

“When Dutch farmers sell product to Boni they are directly funding the wealth of the government minister who seeks to destroy their livelihoods.”

In September 2021, Bill Gates entered the Dutch enterprise. He invested an estimated half-billion dollars into Picnic, thereby becoming one of its lead investors. Not surprisingly, Picnic focuses on selling the fake “food” that Gates is invested in and promotes, imitation beef in particular.

Michiel Muller, the CEO of Picnic, a Dutch climate change activist, has also publicly vowed to “change the entire food system” to be in line with sustainable goals, which falls right in line with Gates’ agenda.

The strong recommendation to replace beef with fake meat was made in Gates’ book “How to Avoid a Climate Disaster: The Solutions We Have and the Breakthroughs We Need,” released in February 2021. 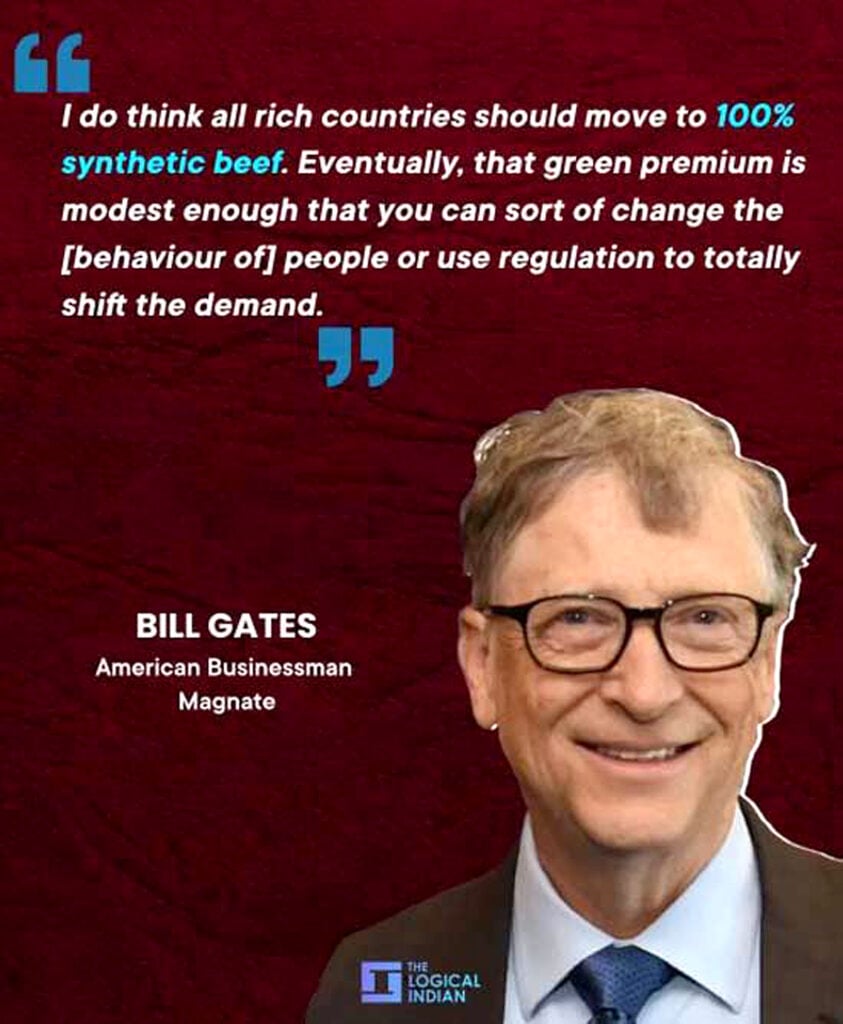 In an interview with MIT Technology Review, he also suggested that people could learn to like fake meat and, if resistance continues, regulations may be needed to force the switch.

“Many participating in the ongoing farmers’ protests in Holland have openly stated they believe Gates may be partly responsible for pushing additional climate laws.”

Curiously, on July 10 a large Picnic delivery facility in Almelo, Holland, burned to the ground under mysterious circumstances.

Why get rid of farmers amid rising food insecurity?

The attempt to rid The Netherlands of livestock farmers really only makes sense if seen from the globalists’ point of view, with an eye on The Great Reset, the Green New Deal, Agenda 2030 and related Sustainable Development Goals.

Indeed, according to Dutch Parliament member Thierry Baudet (video below), that’s really what the nitrogen restrictions are all about. The Dutch government is following the script of The Great Reset, he says, which requires weakening the country, making it less independent and more dependent on food imports.

The Great Reset script also calls for diluting nationalism and weakening borders by taking in more immigrants, and to make room for immigrant housing, they need to take land from the farmers.

So, the new nitrogen rules are basically a precursor to a land grab. They intend to put farmers out of business so they can take their land and stack it full of low-income, government-assistance apartment buildings.

Aside from that, farmers also pose a threat to the technocratic elitists because they don’t need to rely on the government for basics such as food and shelter, and they can allow those who buy their food to maintain their independence as well.

The globalists’ plan is to eliminate access to as much real food as possible and replace natural foods with patented foodstuffs so that the population becomes entirely dependent on them for survival.

At that point, they are easily controlled. Eliminating independent food producers — farmers — is therefore a key to the globalist cabal’s eventual success.

At the same time the Dutch government is preparing to radically restrict livestock farming and meat production — likely with Gates’ blessing, if not due to his influence — Gates is gobbling up farmland back home (video below).

Despite land prices being at a record-high, Gates purchased a 2,100-acre potato farm in North Dakota in June, bringing the total land share held by the Gates’ Red River Trust above 270,000 acres — up from about 242,000 acres in mid-September 2021.

The above map, from AgWeb, shows the distribution of his land holdings prior to his North Dakota acquisition. As you can see, the vast majority is farmland.

However, as reported by AgWeb at the end of June, Gates didn’t get a warm welcome:

“‘Our office needs to confirm how your company uses this land and whether this use meets any of the statutory exceptions, such as the business purpose exception,’ wrote Drew Wrigley, North Dakota attorney general.”

MoneyWise followed up on the story, reporting that by July 5, Gates had secured legal approval for his farm purchase — a decision that has raised the ire of many North Dakotans who don’t believe Gates has good intentions.

“The anti-corporate farming law does allow individual trusts to own farmland if it is leased to farmers — and that’s what Gates’ firm plans to do.”

Viewed from the perspective of The Great Reset, it appears Gates may be engaged in the same kind of subversive wealth-shift scheme as BlackRock and other investment groups that are buying up single-family homes.

They buy them, often sight-unseen and at above-market prices, with the intent of turning them into rentals. This too is part and parcel of The Great Reset and the United Nation’s Sustainable Development Goals.

The intent is to eliminate all private ownership and turn the population into modern serfs. “Serf” is a term that describes people who are required to work for the “lord” who owns the land they live on, or who are otherwise underpaid, overworked or exploited in some way.

That’ll be all of us, one day, if the world doesn’t wake up and refuse to go along with the globalist cabal’s Great Reset plans. The plight of the Dutch farmers is just the beginning.

Don't forget to like SonsOfLibertyMedia.com on Facebook and Twitter.
The opinions expressed in each article are the opinions of the author alone and do not necessarily reflect those of SonsOfLibertyMedia.com.
Previous Post:
Do COVID Shots Effect Your Fertility? HINT: Don’t Listen To The Self-Appointed, Bought-And-Paid-For “Fact Checkers”
Next Post:
When Cops Become Agents Of The State To Protect Sexual Grooming Of Children (Video)