Janel R. Miller, Deceased Will Not Be Another Statistic In The Opioid Epidemic!

One ethical attorney named Richard (Rick) J. Hollawell in Woolwich Township, N.J. will not let Janel R. Miller’s family be left without justice and abandoned by law enforcement and the legal profession as they had been since her death on September 2, 2018.  So how did Mr. Hollawell restore hope to Janel’s family when no one would investigate her death at the hands of an alleged unscrupulous physician, his nurse practitioner and a “Pain Center”?  Unfortunately for Janel, these medical professionals did not appear to be involved in actual treatment, diagnostic testing, specialist referrals, but rather issued multiple prescriptions for dangerous and deadly addictive opioids to her.  It cost Janel her life. 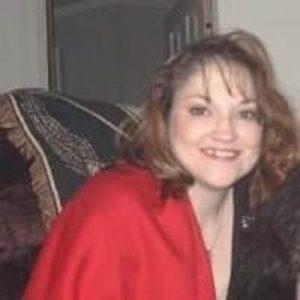 Rick Hollawell and co-counsel, Mark C. Dewland of Berlin Township, NJ filed a lawsuit on behalf of the Estate of Janel Miller, deceased on September 11 in Mercer County, Pennsylvania courts.

I wrote about Mr. Hollawell on November 14, 2017 (link to Salem-News.com article shown below).  The article was entitled “Heroic Attorneys Lead the Way Against Opioid Epidemic – Attorneys are becoming the heroes in the prescription opioid epidemic ravaging the US!”

In that 2017 article (referenced above), Mr. Hollawell represented a family in N.J. whose daughter Sarah Fuller died in 2016 at the age of 32 as a result of being prescribed Subsys (fentanyl).  Subsys manufactured by Insys was approved to be prescribed as a sublingual spray approved by the FDA to treat breakthrough cancer pain. Sarah Fuller was prescribed Subsys by her physician — although she didn’t have cancer.  She had neck and back pain resulting from two car accidents. Why would her doctor prescribe a dangerous opioid intended for cancer pain to Sarah? Rick Hollawell wondered why also and wanted answers.  He got his answers.

As a result of Rick Hollawell’s professional work ethic, and his determination to bring justice to the Fuller family, he was in large part responsible for John Kapoor, founder and multi-billionaire of Insys being arrested and charged with the illegal distribution of a fentanyl spray intended for cancer patients.  Mr. Kapoor and several of his high management executives were sentenced to prison time.

Janel’s family reached out to Mr. Hollawell to seek justice for Janel after a futile two years of banging on doors of law enforcement and legal counsel to investigate a pain clinic that had Janel as a patient from May 2012 until August 2018 and had hopelessly addicted her to dangerous opioids without medical assessment, screening or standard of care being applied.

The lawsuit states that during Janel’s treatment at the Pain, Spine, Aesthetic and Wellness Center (or the Pain Center) in Hermitage, PA, she was given 164 narcotic prescriptions consisting of at least 5,885 oxycodone pills and 8,855 tablets of morphine.  On August 24, 2018 Janel was given two prescriptions — one for 90 tablets of morphine and the other for 60 oxycodone pills.  On September 2, 2018 Janel Miller died from “combined prescription drug toxicity.”

The lawsuit also states that after Janel’s death, the treating physician at the Pain Clinic Ashraf Razzak, MD and Christina L. Cole, FNP-BC backdated treatment records and had not completed office notes after each medical visit, but rather, electronically signed notes within minutes apart — after Janel’s death.
In 2018, Janel’s family contacted the Mercer County Pennsylvania Commissioners in an effort to investigate the medical treatment given Janel at the Pain, Spine, Aesthetic & Wellness Center (The Pain Clinic).  Commissioner Matt McConnell called the family and recommended they contact US Attorney Scott Brady.  As a result of contacting Mr. Brady, a meeting was arranged with DEA Pittsburgh Investigator Richard Jones and Investigator Kayla Hawk.  Emails were sent to the family shortly after the meeting and then no further contact from Mr. Jones or Ms. Hawk.

Narcotics Agent William Brown then reached out to Janel’s family and they had a meeting and provided him with records.  The family was informed the death of Janel was seriously being looked into.  But there was no further contact from Mr. Brown.

The family then reached out to Lawrence County DA Joshua Lamancusa — another dead end.
Janel’s family contacted two national law firms who are self-proclaimed litigators against bad actors responsible for our country’s opioid epidemic. Neither had any interest in reviewing what Dr. Razzak and Nurse Cole allegedly were prescribing to Janel over the six years she had been a patient. Rather, these supposed national law firms provided false hope.  Ultimately they encouraged the family to become part of the bankruptcy filing against Purdue Pharma, maker of OxyContin.  Would a bankruptcy filing prevent this pain clinic from over-prescribing to other patients and having them meet the same fate as Janel?

This week on social media, Pennsylvania Attorney General Josh Shapiro posted “Unscrupulous doctors often hide behind a veil of professionalism while they profit off of feeding the opioid epidemic ravaging Pennsylvania.  No more — we’ve increased our arrests by 58% since 2017.  Helping to save lives and get drugs off our streets.”  Maybe AG Shapiro can explain to Janel’s family why law enforcement and the legal profession has failed them — and how many other families in Pennsylvania have experienced the same treatment.  Who is hiding behind that “veil of professionalism?”

Don't forget to like SonsOfLibertyMedia.com on Facebook, Google+, & Twitter.
The opinions expressed in each article are the opinions of the author alone and do not necessarily reflect those of SonsOfLibertyMedia.com.
Previous Post:
Declassified Intelligence Investigation Confirms John Brennan Briefed Obama On Hillary’s Approval To Smear Trump In 2016 Election
Next Post:
40 Groups Demand Congress Investigate “Gross Misuse” Of $1Billion COVID Funding By Pentagon Alleged To Be “Colossal Backdoor Bailout For Defense Industry”

Michael Moore calls for Trump’s imprisonment: ‘We are not done with him’
January 24th, 2021 Liberty Unyielding

Abortion—The Issue that Will Not Die
January 24th, 2021 TCP News

Biden’s Presidency Will Be A Catalyst For Secession – And Perhaps Civil War
January 24th, 2021 DC Clothesline