Jesus Said We Must “Hate” Our Own Families – What Did He Mean?

“If anyone comes to me and does not hate his own father and mother and wife and children and brothers and sister, yes, and even his own life, he cannot be my disciple.” ~ Luke 14:26

This is one of the “hard sayings” of Jesus. It is jarring, stunning, and counter-intuitive. How could Jesus tell us to do anything but love the members of our own family?

It’s worth noting that, in Hebrew and Greek, the word translated “hate” does not intrinsically include an emotional component of vitriolic dislike as it does in English. Stripped to its essence, it means to “reject.” it’s a choice word, not an emotion word. When God says, “Jacob I have loved and Esau I have hated,” he’s simply saying he was choosing Jacob to be his primary heir. We can choose one thing and reject another without anger or venom being at the root of the decision.

What Jesus is saying here, in his own arresting way, is that we cannot truly become his disciples without being prepared to do things that are so difficult for our families and friends to understand that they interpret our decisions and actions as “hate” or rejection. If we make these choices based on the standards of the Word rather than the world, we will be accused of hatred. You can make bank on that.

A father may have to deny permission to his teenage daughter to attend a particular party because of the kind of party it is even though all of her friends are going. She may even nurture a seething bitterness in her soul towards him since he is denying her something all of the fathers of her friends think is perfectly okay.

A father may have to communicate to his homosexual son that he cannot approve of his lifestyle and cannot in good conscience attend his homosexual “wedding.” He will be condemned viciously as a hater, by his son’s friends and maybe even by members of his own family even though he would lay down his life without hesitation for that same son.

A father may love his daughter more than he loves his own life, but his conscience may not permit him to give her away to a non-Christian husband. It might kill him to make that choice. It may break his own heart to give up his lifetime dream of walking her proudly down the aisle. But he will be angrily and viciously condemned by others as mean-spirited, legalistic, and judgmental even though his decision springs from his loyalty to Christ and his Word.

The list of possible circumstances in which a Christ-follower may have to do what Christ wants rather than what his own family wants are endless. It might be a career choice or a work decision he must make. It may be a public stand he feels compelled to take even though it exposes him to open and public ridicule. It may be a ministry decision that will be angrily opposed.

In truth, his stand may represent truth and not hate at all, but it will not be seen that way. Jesus said at one point, “I have not come to bring peace but a sword … A man’s enemies will be those of his own household” (Matthew 10:34, 36).

Will there be times when we must choose Christ over family? Yes. Will these choices be agonizing? Yes. Will we feel like a part of us is dying? Yes. Must we make them anyway? Yes.

Don't forget to like SonsOfLibertyMedia.com on Facebook, Google+, & Twitter.
The opinions expressed in each article are the opinions of the author alone and do not necessarily reflect those of SonsOfLibertyMedia.com.
Previous Post:
Trump Adds Tariffs To Scotch, Coffee, Cheese, Olive Oil & Wine From The EU
Next Post:
New Jersey: Cop Admits To Conspiring With Fellow Officers To Pull Over Innocent People To Rob & Beat Them (Video) 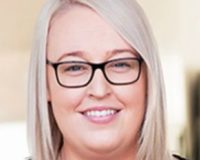 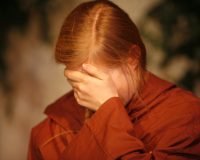 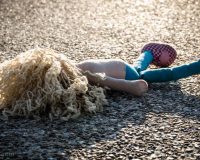