I have been reporting on the story of Deanna Williams for several months.  After she reported a serious crime to Lee County Sheriff’s Office, the man currently appointed as sheriff, Carmine Marceno, pursued her for a sexual relationship while obstructing the investigation of that crime.  Now, the father of the interim sheriff  has targeted her son and an explosive video of an encounter between Marceno’s father and Williams’ son was captured and sent to Florida Department of Law Enforcement, and Governor DeSantis’ office requesting they add it to their ongoing investigation into the fraud and other crimes of Sheriff Marceno, as well as pleading for access to law enforcement to deal with her original grand theft complaint.

Carmine Marceno, Sr. was a minor league baseball player years ago for the Los Angeles Dodgers, and according to Ms. Williams, Sheriff Marceno has said his father has a terrible temper and got himself an injunction in the past for an aggressive encounter in which he issued a threat of violence that led to a man having a heart attack and almost dying, as well as multiple domestic issues.

Recently, Marceno Sr. appeared to have targeted Ms. Williams’ son and what happened at his place of work was captured on video.  Ms. Williams claims that Marceno Sr. has seen pictures of her son prior to the encounter and believes that he was threatening him to intimidate him.

Below are screenshots indicating that Marceno, Sr., like junior, friended Ms. Williams and would have known about her son since his picture appears numerous times on her page. 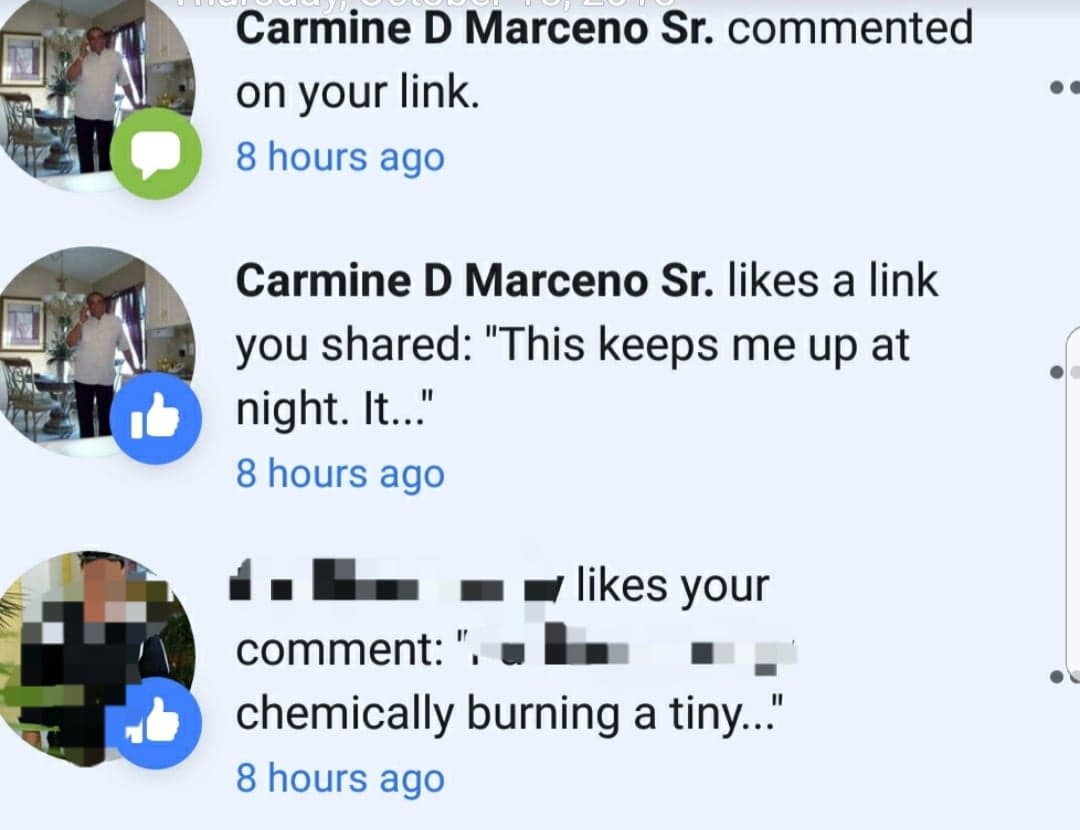 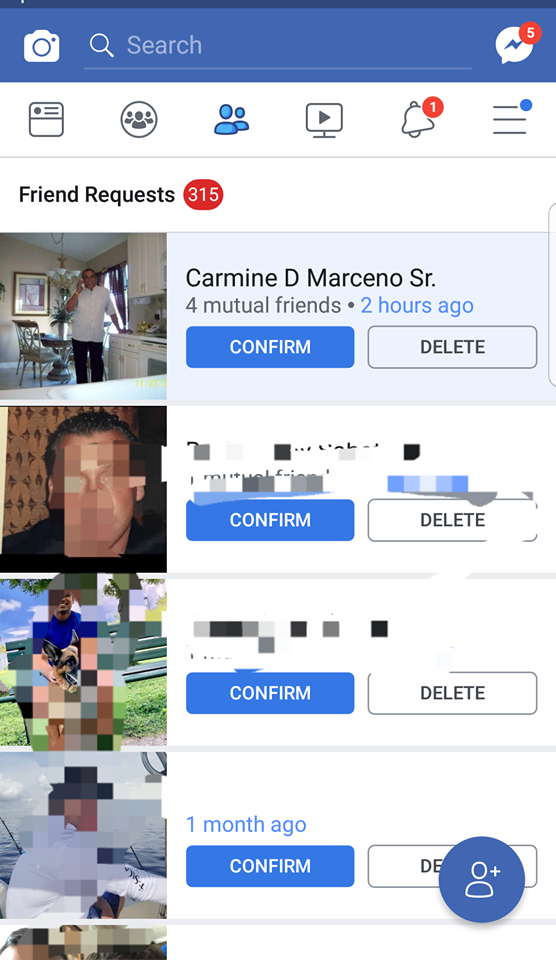 Here’s a screenshot of the video showing Marceno Sr with his fist balled up. 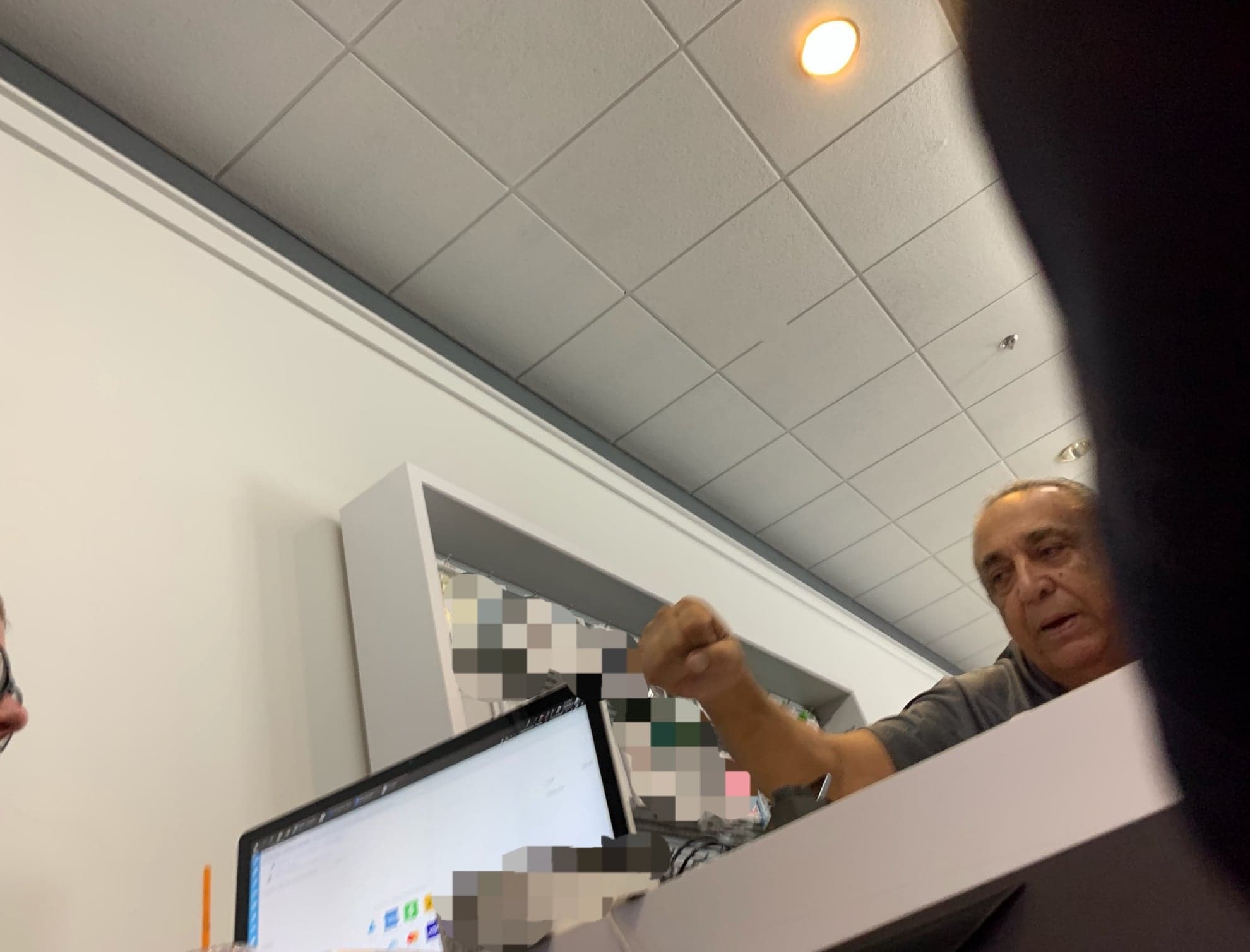 This particular video is in possession of FDLE, the governor’s office and has been provided to Attorney General Ashley Moody.

Williams forwarded the video in communication with FDLE, referencing “Subject: Carmine Marceno FDLE File EI-73-8657/1003” in the subject line:
I have previously provided pictures and video of Carmine Marceno Sr. making threats toward my son. Mr. Marceno has a history of violence, aggression and issuing threats of violence on behalf of his son appointed Lee County Sheriff Carmine Marceno. The threats began with the appointed Sheriff making threats directly to me during my pregnancy when he was upset with me for refusing to have an abortion. Those threats have now extended to my son, in the form of his father visiting my son’s workplace and threatening to kill him repeatedly. He has visited his place of employment several times. I am not sure if his threats are intended to intimidate me and my son or if he intends to carry out those threats.

I am requesting an investigation into those threats and also into the original matter that I reported to Lee County Sheriff’s Office when Carmine Marceno pursued me for a sexual relationship after I reported a crime and obstructed the investigation of that crime.

Thank you for your attention to this matter. (Pictures and video attached below)

In the video, a short clip has Marceno, Sr. telling Williams’ son, “I will kill you,” almost in a joking manner and also saying, “I told his friend, he needs a beating.”

In another clip, Marceno Sr. talks about wanting to punch his wife in the face.

However, this is not the only time this has occurred.  It’s happened on several occasions and multiple videos of those encounters have been recorded.  There are also times the Marceno will purposely walk but Williams’ son and make the boy aware of his presence.

Marceno Sr’s behavior was also known to Ms. Williams as Sheriff Marceno would talk about it inside his police vehicle when they went out, according to Ms. Williams.  She claims he would have to watch his father’s social media accounts for fits of rage or racial slurs that were posted.

“This intimidation could be looked at as witness tampering,” said Shoap.

Sheriff Shoap has written numerous letters to various agencies, along with documentation, including the governor’s office, asking for a full and thorough investigation into Marceno’s behavior and criminal fraud.  At least two, possibly three investigations are currently underway.

For more documentation into Marceno and the investigation that led to uncovering his fraud, crimes and corruption in my reporting of the story of Deanna Williams, visit these previous reports.

Don't forget to like SonsOfLibertyMedia.com on Facebook and Twitter.
The opinions expressed in each article are the opinions of the author alone and do not necessarily reflect those of SonsOfLibertyMedia.com.
Previous Post:
Minnesota: Thugs Break Into Jewelry Store & Steal Everything In Sight – Including Tracking Device That Led To Their Arrest
Next Post:
Muslims Demand KFC Alter The Colonel’s Secret Recipe