We’ve known this was brewing for months but now the deal is done.

The Obama’s have now officially closed on that Martha’s Vineyard mansion that they have been chasing for months.

Former President Obama and his family are now permanent homeowners on Martha’s Vineyard, after completing the purchase this week of a large home situated on nearly 30 acres in the coastal perimeter of Edgartown.

The purchase price, recorded at 3:31 p.m. Wednesday with the Dukes County Registry of Deeds, is listed at $11.75 million. The buyer is a nominee trust representing the former First Family. The sellers are Wycliffe Grousbeck and Corinne Basler Grousbeck. Mr. Grousbeck is a private equity investor and owner of the Boston Celtics basketball team.

The sprawling 6,892-square-foot house sits on 29.3 secluded acres fronting the Edgartown Great Pond between Slough Cove and Turkeyland Cove, with views of a barrier beach and the ocean beyond. Designed by Bradenburger Taylor Lombardo Architects in San Francisco, the home was built in 2001 by John Early, a well-known Island contractor.

Landvest was both the listing and selling broker for the sale; the principal brokers are Gerret Conover and Tom LeClair. Ronald Rappaport, a partner at Reynolds, Rappaport, Kaplan and Hackney, is listed as the attorney for the buyers, according to records at the Martha’s Vineyard Land Bank.

Mr. Rappaport declined to discuss the sale. “We don’t comment on these matters,” he said.

In an email to the Gazette, Mr. Conover and Mr. LeClair also declined to comment.

Rumors of the impending sale have been circulating since late this summer, when the Obamas rented the property for several weeks.

The home features seven bedrooms, eight and a half baths and several stone fireplaces. There is a two-car garage, a detached barn and a pool. The property has been on the market since 2015, when it was listed for $22.5 million. The price was dropped twice this summer, first to $16.25 million in June, then to $14.85 million in July.

Those books and Netflix contracts must really be paying off. 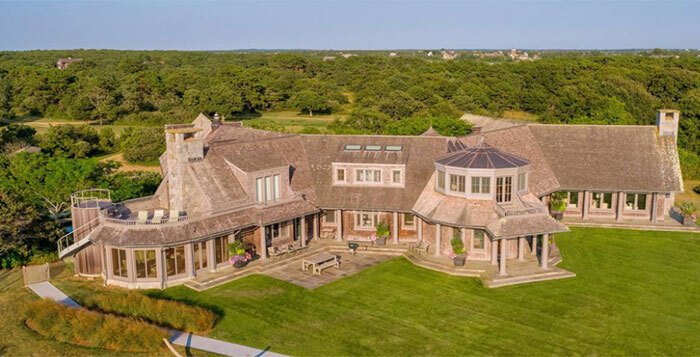 Our own Darkstar did an article on this purchase back in August, before the sale was official. 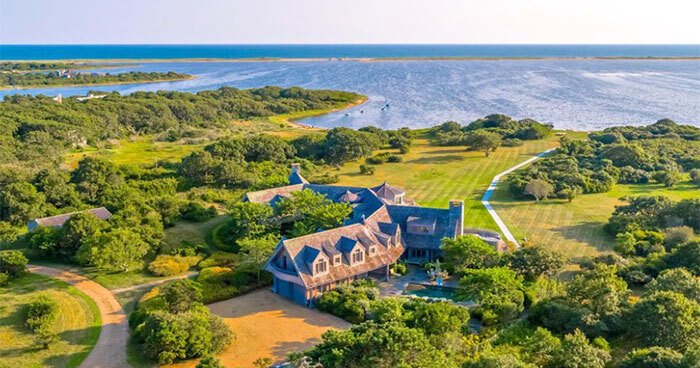 The estate, currently owned by Celtics co-owner Wyc Grousbeck, who has been trying to dump the place since 2015 — and before the recession hits — when he listed it for close to double its escrow price, at $22.5 million. It was being rented by the Obamas this August.

This won’t be the Obamas first Mansion, as they currently own an $8.2 million mansion in the Kalorama neighborhood of D.C., which they bought in 2017. It’s amazing how much money they saved up from Barack’s time as President! What a couple of Penny Pinchers!

It is 29 beachfront acres. It has 7 bedrooms and 8.5 bathrooms, a pool, a chef’s kitchen, vaulted ceilings and 2 guest wings so the Secret Service have a place to crash. The beachfront is private and has a dock and boathouse. 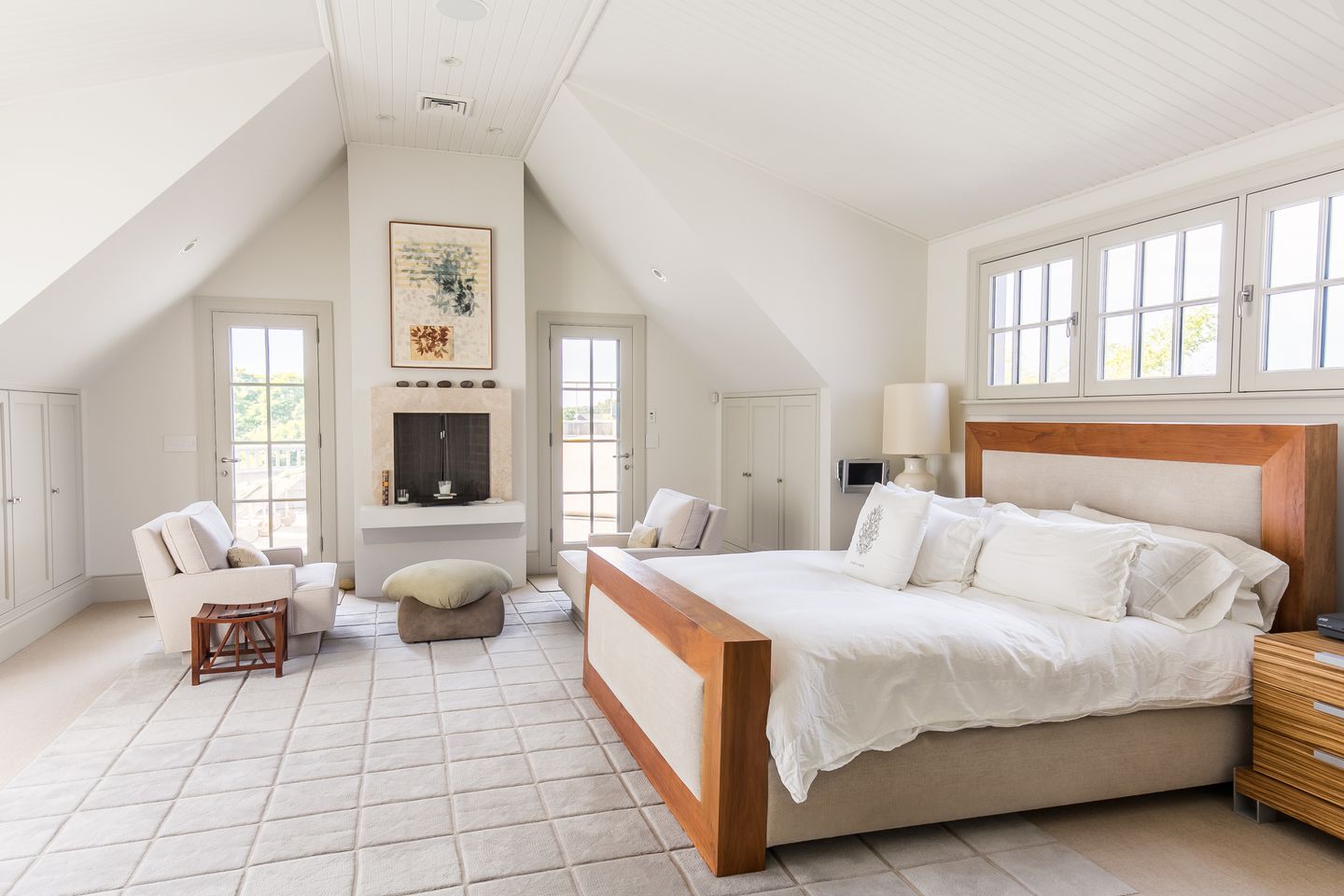 The custom-designed house is located at the end of a long private driveway, and has hardwood floors and more windows than walls. It’s also VERY white inside. VERY WHITE.

Those white walls are absolutely going to be RUINED the first time the Global Warming floods hit. Oh well, I’m sure that some unsuspecting insurance company will take the hit and not a drop of change will come out of the Obama’s hard earned savings.

Oh wait, this just in…

It seems the Obamas are trying to spend that Ukraine money before they are exposed.

We should impeach Trump so the Obamas can keep their money, hang out with white people and be left alone.

Luckily, he/she/it can’t be accused of racism since he/she/it is black.

I’m sure you boys will be very happy there, in your natural habitat…

…with others who know the struggle of being black in a world run by whitey.

Martha’s Vineyard is less than 5% black by the way.

Inquiring minds really want to know where the Obamas came up with enough money to buy TWO mansions for $19.95 million.

Don't forget to like SonsOfLibertyMedia.com on Facebook and Twitter.
The opinions expressed in each article are the opinions of the author alone and do not necessarily reflect those of SonsOfLibertyMedia.com.
Previous Post:
Izabella Nilsson Jarvandi: Sweden’s “Anti-Greta” Conservative Activist
Next Post:
Poop And Farts! You Won’t Believe What Americans Are Buying For Their Children This Holiday Season…

Op-Ed: Most Christians Are Willing to Do Something Big for God, But How Many Will Do This?
January 22nd, 2022 Flag And Cross