Louisiana College Chalks Up another Victory against Obamacare Mandate

A privately owned Christian college has won a major victory against the Obamacare mandate. Louisiana College won a favorable ruling from a federal court last week, halting the tyrannical measures of the Affordable Care Act, which sought to mandate that the college, as an employer, had to provide insurance coverage for birth control pills to its employees.

The College based its complaint upon several things, including the Religious Freedom Restoration Act, which was the same legislation that was appealed to in the Supreme Court case involving Hobby Lobby.

They also appealed to the First and Fifth Amendments, but those claims, which are constitutional claims were dismissed.

Finally, they alleged violations of the Administrative Procedure Act, which the court also dismissed.

Alliance Defending Freedom (ADF) issued a statement regarding the ruling and said that so far the score in the Obamacare mandate of “abortion pills” is 20-0.

“All Americans should oppose unjust laws that force people – under threat of punishment – to give up their freedom to live and work according to their beliefs,” said ADF Senior Counsel Kevin Theriot. “In the case of Louisiana College, it simply wants to continue to operate as a Christian college as it has since its founding in 1906. The court did the right thing in striking down the mandate as it applies to the school’s health insurance coverage and in identifying the flaws in the administration’s so-called ‘accommodation’ of religious organizations, which, as we’ve said all along, is no accommodation at all.”

The “accommodation,” recently rejected by the U.S. Supreme Court itself in an Illinois lawsuit, requires private colleges to “self-certify” their compliance with the mandate by filling out a form that authorizes their insurance companies to cover objectionable items and services.

“In this case, we would go so far as to say that self-certification is vastly more than a mere ‘administrative’ act,” the district court wrote in its opinion Wednesday. “Rather the challenged regulations and their application trigger a subterfuge requiring indirect action the regulations could not do if they applied to Plaintiff directly.”

“The administration’s narrow gesture does nothing to protect faith-based employers from the mandate, which the court rightly found to violate federal law,” said ADF Senior Counsel David Cortman. “Whether we are talking about non-profit Christian organizations like Louisiana College or family-owned businesses like Conestoga Wood Specialties, the government has no business putting religious freedom on the negotiating table or picking and choosing who is allowed to exercise faith and how.”

Louisiana College President Joe Aguillard had taken a strong stand against the mandate.

“If the government continues to say that we have to do this, we will not do it,” he told Fox News. “There’s going to be, in my opinion, a constitutional crisis. We’re not going to do it.”

He then said that if it came to a confrontation, he was willing to continue to stand.

“I guess President Obama will have to come down to Louisiana College with whatever means they want to stop us,” he said. “We are going to have, as we say in French, a tete-a-tete.”

“They can’t imprison all of us,” he said. “They can’t fight all of us. We are greater than the Dept. of Justice.”

The good news other than the ruling last Wednesday is that Aguillard said that this fight against the federal government has united the college. Amen!

This is what should happen when the federal government oversteps its bounds. It should unite the people against it, and it’s good to hear that at Louisiana College, it did just that.

The lawsuit, filed in February of 2012 by ADF, against Obama’s lawbreaking Secretary of Health and Human Services, Kathleen Sebelius, chalks up another victory over tyranny and demonstrates that the American people can win if they are willing to fight for liberty.

Again, the only concern I have in this case, is the same concern I had in the Hobby Lobby case. It was not the Constitution that was appealed to by the court, but a 20-year-old document. That is the one thing that continues to bother me, even though there was a victory. My hope is that in future rulings, we will see a court actually deal with the constitutionality of the mandate.

Until then, congratulations to ADF and Louisiana College. Well done! 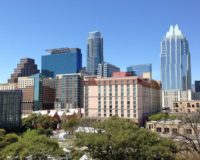 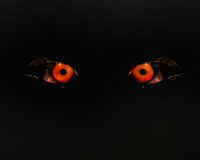 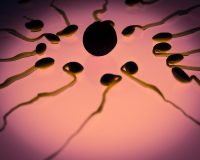