When a people lose their moral compass – their fixed standards of right and wrong – a terrible plague descends upon that land. The Word of God is the source of the righteous standards of truth and justice.

It is heartening when Truth and Justice win out. Such was the case this past Monday in a stunning verdict delivered by U.S. District Judge Gloria M. Navarro in the case against Nevada rancher Cliven Bundy and his two sons, Ryan and Ammon.

You may recall they were charged with multiple felonies related to the 2014 armed standoff between Bundy supporters and federal agents. Those were the agents who had seized and killed some of his cattle and were rounding up the rest of his herd when patriots from around the country came to his aid.

I spoke this week with one of those patriots who went to Bunkerville, Nevada in defense of the God-given rights of the Bundy family.

Trending: Florida: Your Republican State Senators Just Sold You Out On Gun Rights

What the judge did was end the more than four years of persecution of the Bundy’s from the likes of federal bureaucrats and prosecutors — as well as politicians, such as former Nevada Senator Harry Reid — and their media allies.

“failed in two previous attempts to convict Nevada rancher Cliven Bundy and his two sons, Ryan and Ammon… And Judge Navarro had cited multiple egregious abuses by federal authorities in her declaration of a mistrial on December 20. However, in that ruling she had left open the possibility of another retrial, which is what the prosecutors were arguing in favor of. Her latest ruling dismissed the charges ‘with prejudice,’ meaning the government may not retry the case. Judge Navarro’s decision, which she read to a courtroom packed with Bundy family members and supporters, was a forceful smack-down to the federal government, using words not often heard in judicial rulings.

‘The government’s conduct in this case was indeed outrageous,’ the judge stated. ‘There has been flagrant misconduct, substantial prejudice and no lesser remedy is sufficient.’ She also used words such as ‘especially egregious,’ ‘grossly shocking,’ and ‘reckless disregard,’ in her stinging rebuke of the federal government’s misconduct. The judge found prosecutors had engaged in a ‘deliberate attempt to mislead’ and had made multiple misrepresentations — both to the defense and to the court — regarding exculpatory ‘Brady evidence’ they are required to produce for the defense. Instead, they had repeatedly concealed and/or denied the existence of the evidence.”

You can understand the Judge’s outrage when you see the evidence they lied about, flatly stating that they did not have any.

For example, they claimed no evidence existed that Federal snipers were in place targeting unarmed civilians, women, and children; that there was no government authorized kill list on which the Bundy’s were prominent targets.

What is clear is that the entire operation was conducted in the most egregious manner with no care taken for the life or property of citizens being persecuted by the federal government.

After the ruling outside the courthouse in reference to his two years in prison, the senior Bundy said,

“I’ve been a political prisoner for right at 700 days today, I come in this courtroom an innocent man and I’m going to leave as an innocent man. My defense is a 15-second defense. I raised my cattle only on Clark County, Nevada, land and I have no contract with the federal government. This court has no jurisdiction and authority over this matter. And I have put up with the court in America as a political prisoner for two years.” www.thenewamerican.com

The truth that the media will not tell us is that Cliven Bundy was willing to pay the State of Nevada, but not the Bureau of Land Management (BLM), stating the BLM did not have jurisdiction over the land his family had used since the late 1800’s.

And he is absolutely right, just read Article I, Section 8 of our Constitution.

We the people can see the enormous evil that results from the Federal land grab, what happens when those who take an oath to the Constitution engage in violating that oath.

But we praise God when Truth and Justice prevail.

What this case illustrates is the fundamental problem in America today – a rejection of God’s Law as the standard for personal self-government.

The result is that people in office don’t take their oaths seriously, people have no qualms about lying and paying no attention whatsoever to the limits God has placed upon human action by His Holy Law.

The solution is back to the Bible.

“If we abide by the principles taught in the Bible our country will go on prospering and to prosper, but if we and our posterity neglect its instructions and authority, no man can tell how sudden a catastrophe may overwhelm us and bury our glory in profound obscurity.”

Schedule an event or learn more about your Constitution with Pastor David Whitney and the Institute on the Constitution and receive your free gift.

Don't forget to like SonsOfLibertyMedia.com on Facebook, Google+, & Twitter.
The opinions expressed in each article are the opinions of the author alone and do not necessarily reflect those of SonsOfLibertyMedia.com.
Previous Post:
5 Reasons Democrats Actually Crave A Government Shutdown
Next Post:
WW3 Preparations: Amidst Drought North Korean Officials Raid Homes And Farms To Feed Army 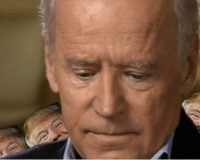 THOUSANDS and THOUSANDS of Guns at Virginia Rally and Not a Single Person Shot. Meanwhile… in Chicago
January 21st, 2020 DC Dirty Laundry