“Greater love has no man than this that he lay down his life for a friend.” John 15:13

When I see a World War II, Korean, Vietnam, or Desert Storm veteran I go to them, stretch out my hand and thank them for their service. When my children were very little I made an effort to show them the importance of recognizing our military veterans and the price they paid for our freedom. The veterans always appreciate it. As my children got older, I saw them at different times walk up to veterans and thank them for their service. My oldest son Sammy went into the Army right out of high school and graduated from boot camp at Fort Benning. He experienced something I will never forget.

I flew to Columbus, Georgia the day before his graduation and drove to Fort Benning. Georgia is a beautiful state. I reserved a room in an upscale hotel with a large television, heated pool, and all the movies one could watch as a gift to my son.

He already had orders to go to Fort Sam Houston in Texas.

After going through security and finding a place to park I walked over to the area where the graduation festivities would occur. I found a place in the bleachers and saw young men and women on the field in front of me standing in formation. Parents, grandparents, aunts and uncles, brothers and sisters were in the bleachers with me. They were all shapes and sizes and very proud Americans. I don’t know if they were as proud as I was, but I am sure they were close. Scanning the group of young people, I had a hard time trying to figure out which one of the soldiers was Sammy. They all looked the same. I saw one young man that sort of looked like him, but I wasn’t sure. He saw me though, something I didn’t know until later. After the ceremony my son ran up to me and gave me a huge hug. They were told not to cry in public, but I could tell he was very glad I was there. While he was in formation, his eyes scanned and when he saw where I was there, he was elated. Proud dad and proud son!

When graduation ended, Sammy and I went to a local restaurant to eat. I noticed he was much skinnier than when I saw him last, 4 months earlier. He ordered lots of food, but his appetite had changed and he ate much faster than I had remembered; guess that had something to do with his few months in boot camp. After lunch, both he and I drove to a local mall to get a few things and talk. He was in full uniform. We walked for a short while when an elderly veteran went over to my son, stretched out his hand, and thanked him for his military service. “Yes Sir,” announced my son said as he stood at attention. The elderly vet left with a smile and Sammy turned to me and said, “Wow dad that felt good!” His face beamed and his smile was from ear to ear. It was a proud moment for both of us and one that I will never forget.

Thank you veterans and families for your sacrifices to our nation!

Don't forget to like SonsOfLibertyMedia.com on Facebook, Google+, & Twitter.
The opinions expressed in each article are the opinions of the author alone and do not necessarily reflect those of SonsOfLibertyMedia.com.
TRENDING ON SONS OF LIBERTY MEDIA
Previous Post:
Critical Projection Syndrome
Next Post:
Twitter Spreading Islam Like a Snowball Headed for Hell – Will the Real #Jesus Please Stand Up?

About the Author: Anthony Kern

Anthony Kern works in the Arizona House of Representatives as a State Legislator representing District 20. He and his wife have 4 kids, two of whom were active duty Army. He is originally from Minnesota and has 13 siblings from the same parents. He is a strong Conservative and believes in the Bible as God's spoken truth and the United States Constitution. He owns a private investigation business, A & J Investigations, and attended law enforcement training at Glendale Law Enforcement Training Academy. Anthony has a degree in business, founded the City of Phoenix Employees for Christ and the Arizona Hoarding Task Force and is active in his local church. 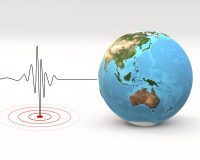 The Crust Of The Earth Is Becoming Increasingly Unstable
March 5th, 2021 Sons of Liberty Media

Former ICE Director Slams Biden Admin’s Claims of Compassion at the Border: Cruelty is Putting Kids in the Hands of Cartels
March 5th, 2021 The Mental Recession