Minneapolis City Council Somali Candidate: “We Going To Take Over”

Minnesota is slowly being transformed and no one is putting a stop to it.  The latest example comes out of Minneapolis where another Somali candidate for the city council has declared, “We going to take over.”

They are here to impose Sharia because that is what political Islam does.

Deplorable Kel reported on Suud Olat, who is a former refugee, just like criminal Rep. Ilhan Omar, from Somalia.

Suud Olat, a former refugee from Somalia and candidate for Minneapolis City Council Ward 6, posted on Facebook that Somali’s are “going to take over”. Olat shared a Facebook post about a Somali news platform serving Somali’s across the world, along with the caption: “Mukhtar Dahir SDN – Somali Diaspora News SDN – Somali Diaspora News all the way. We going to take over.”

In a statement announcing his run for office, Olat wrote:

The diverse peoples of Ward 6 deserve an honest diligent representation. I am running to rebuild our residents’ faith in our City Hall. I will strive to restore integrity and confidence in this office and offer our diverse residents, reasons to be hopeful again. From the streets in our neighborhoods to the walls of our State Capital and to the corridors of our Congress in D.C, I have , for a long time, championed for justice and equality. My passion for the issues I most care about runs deep and is personal for me.

Our Ward faces difficult times, perpetuated by the leadership in our nation’s capital, each and every single day. Among many, we are faced with both rising crimes and police brutality, inadequate and poor housing, lagging infrastructure improvement and under performing public schools, more so for our children of color.

It is time for a fresh perspective, a unifying voice for collective impact. This campaign is about us, not about me. Our neighborhoods deserve a new approach, a new vision that is guided by a bold leadership and comprehensive new strategies for collective growth and prosperity for all our residents in Ward 6.

Haven’t the people of Minneapolis learned a lesson with the Muslims they are putting in office such as Keith Ellison and Ilhan Omar? 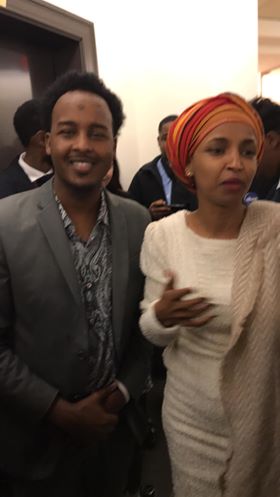 Don't forget to like SonsOfLibertyMedia.com on Facebook, Google+, & Twitter.
The opinions expressed in each article are the opinions of the author alone and do not necessarily reflect those of SonsOfLibertyMedia.com.
Previous Post:
Philip Haney’s Death Has Not Been Ruled A Suicide – Sheriff Backtracks Statement
Next Post:
British Police & Politicians “Turned Blind Eye” & “Covered Up Child Sex Abuse For Decades”