MORE Photographic PROOF The Election Was STOLEN! Biden Speaks to Union Workers on Labor Day – Hardly Anyone Shows Up!

Does a picture really paint 1000 words? If so this short article contains a small novel worth of valuable information that you probably won’t find on (m)any, conservative or liberal, news outlets. Years ago I turned them all off and started finding my own truth. If almost no one shows up to see the President of The United States speak on labor day, isn’t that big news? I think so.

Thanks to The Gateway Pundit, we have more proof of Biden’s “popularity,” or lack thereof. Dozens of people support this president America!!! The average IQ of those dozens is the real question.

Thanks to the robust economy, literally dozens of union workers gave President Biden a roaring welcome on Labor Day in Milwaukee, Wisconsin. Here a some pictures and videos:

Crowd minutes before Biden expected to speak in Milwaukee pic.twitter.com/nUtglvGCL1

Compare the above pictures to Trump Rallies folks. 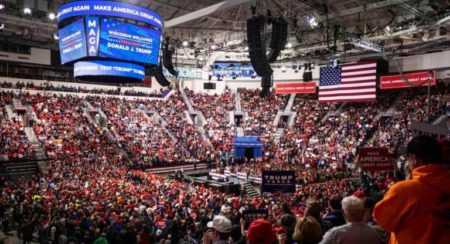 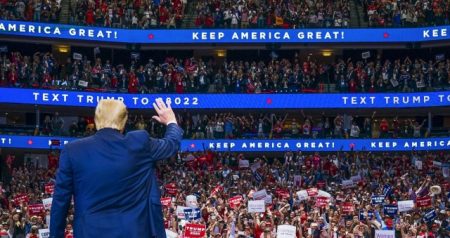 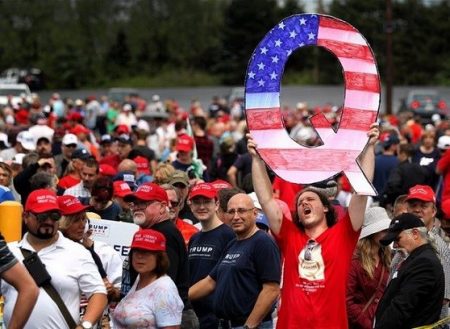 Regardless of your political beliefs, it is blatantly clear that Trump has more supporters than Joe Biden. In America we know the truth, but the world is laughing at us. THIS CAN NOT STAND!!!

The 2020 election was a blatant lie and a crime against the American people. It was stolen. Period.

We are coming for you Sleepy Joe and we are coming with vengeance. 75% of Americans know that Donald Trump is our rightful president and the election was stolen. We know that the media is controlled by liberal pundits who are enemies of freedom and as a nation we will soon declare that we are SLAVES NO MORE.

Be afraid liberals because when the axe falls it will be your head on the block. We must take America back. NOW!

Don't forget to like SonsOfLibertyMedia.com on Facebook and Twitter.
The opinions expressed in each article are the opinions of the author alone and do not necessarily reflect those of SonsOfLibertyMedia.com.
Previous Post:
‘There’s a Child in the Vehicle’: Cops Knew Baby Was in Truck Before Opening Fire, Killing Him & His Dad (Video)
Next Post:
Mom Urged By Doctors To Abort “Brain Dead” Baby – She Sues After Delivering Healthy Baby Boy

Nerves of Steel: And Then There Was This Guy, Adam Heikkila Confronting Local Boards Across the State (Video)
September 30th, 2022 Sons of Liberty Media