The mysterious image you see below was captured near Antarctica by Google Earth of what seems to be a plesiosaur.

The image was first spotted off the coast of Deception Island in the South Shetlands on Google Earth on April 9. Its head and left flap are emerging out of the water and the flap reaching the head is similar to what we see in the skeletal photo below and the facial features matches the animation we see done by experts of the plesiosaur.

Some estimate the creature in the photo measures up to a massive 400 feet in total. But scientists cannot say this creature was an ocean-dwelling large dinosaur (the plesiosaur) since that creature is extinct from around 200 million years ago and this proves the biblical record of the Leviathan; that, plus the plesiosaurians varied in adult length from between 1.5 metres (5 ft) to about 15 metres (49 ft). This one is ten times that size.

Here, we could possibly have a living plesiosaur, a now-extinct marine reptile common during the Jurassic Period which can only be seen in animation. But when the animation images looks exactly like the real image taken by Google earth, evolutionists are silent.

Among the stranger monster-sized creatures that roamed the oceans during the time of the dinosaurs was not a dinosaur at all, but a marine reptile — the plesiosaur. Some plesiosaur had long necks, and others had short stubby ones, as we see in the photo; but all of them had this four-flippered body and swam like penguins.

When discoveries show creatures that are extinct millions of years ago surfacing in our modern times, then ‘it must be something else’.

This denial was the case when scientists recently discovered a snake with legs in Brazil, showing conclusive evidence to the biblical record that snakes had legs.

This is a close up of Tetrapodophis amplectus (four-legged snake)

“Looks like a snake to me,” says Jacques Gauthier of the Peabody Museum of Natural History at Yale University. “The long body and reduced limbs, along with the bony supports in the pelvis for lymph hearts to pump blood back to the heart, are consistent with being a snake,” he says.

This should completely debunk evolutionists, who claim that snakes came from marine lizards.

So what do they do? They simply play a trick. Scientists first go on record saying that they agree this is “an ancestor of modern-day snakes“:

So the only difference between this ancient snake and the modern one is the legs.

Then they adjust their false theory to simply say that snakes evolved from lizards:

The snake (Tetrapodophis amplectus), described in the latest issue of the journal Science, is also the first known snake to have four limbs. This strongly suggests that snakes evolved from terrestrial lizards, and not from water-dwelling species, as had been thought before.

And the LORD God said unto the serpent, Because thou hast done this, thou art cursed above all cattle, and above every beast of the field; upon thy belly shalt thou go, and dust shalt thou eat all the days of thy life: (Genesis 3:14)

For decades, skeptics questioned the biblical account. But when it comes to the snake, the only evolution is the evolving view of the evolutionists. 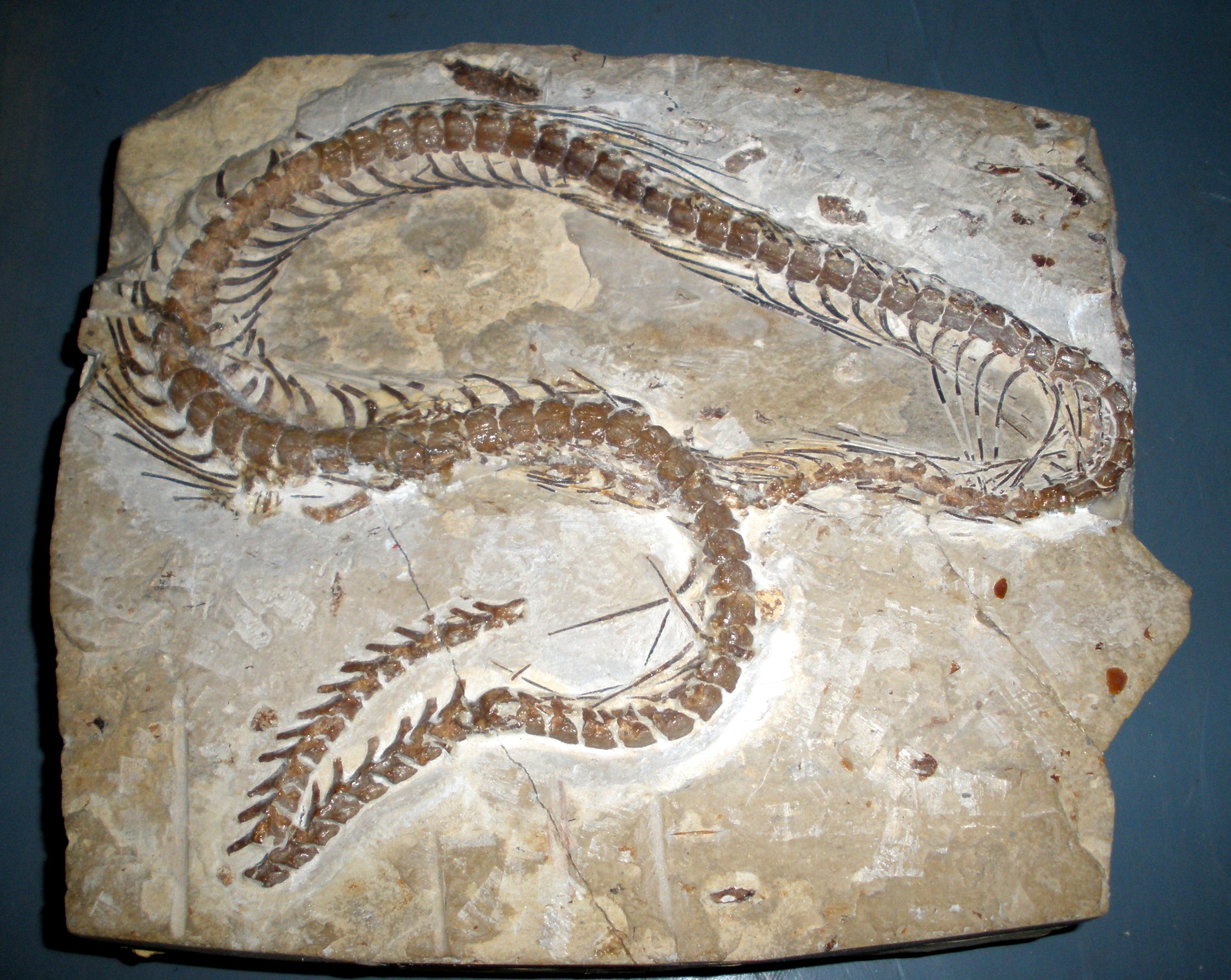 Denial is the case, even when fossil evidence was found in Lebanon. The 19-inch-long (50 centimeter) snake (called Eupodophis descouensi) is one of only three snake fossils with its hind limbs preserved. But with the newest discovery of Tetrapodophis amplectus, evolutionists were cornered and there was no question that snakes had legs.

But saying that snakes had legs is like saying that cows had wings. Had the Bible said that cows had wings, skeptics would have been laughing at believers until, of course, we find a fossilized cow with wings. The chances of this happening are nil. The question that begs an answer is how did Moses and Joshua (who are believed to have written Genesis) know that snakes had legs? Remember, the ‘scientists’ tell us that the fossil is millions of years old.

There are only few answers: Moses a) was a fossil scientist, b) was a perfect guesser, or c) had great connections with the snake’s maker. Everyone must choose, but choose wisely. I choose C.

Don't forget to like SonsOfLibertyMedia.com on Facebook and Twitter.
The opinions expressed in each article are the opinions of the author alone and do not necessarily reflect those of SonsOfLibertyMedia.com.
Previous Post:
Paul Ryan Threatens to Sue Trump Over Immigration
Next Post:
Orlando Killer’s Father “Knew Obama”? Schmoozed in Washington, Sought Afghan Presidency

17 Goals Toward Enslavement: Exposing The Real Agendas Behind The 2030 Agenda
May 17th, 2022 Sons of Liberty Media