New Law in California Will Cease Prosecution of Underage Prostitutes

We have all heard the horror stories concerning underage prostitutes. Many come from violent homes. They feel that the only option that they have, is to run away. Finding themselves on the street, they turn to prostitution to feed themselves.

The answer to this problem in most states has been criminal prosecution of these young people. The teenager selling sex is treated the same as the adult. The question we must answer is whether this is the way we should handle this situation?

One California senator thinks that it is not.

A controversial California bill that was signed into law this past September went into effect last week, exempting youth under the age of 18 from facing arrest and criminal charges for being involved in prostitution.

Senate Bill 1322 was introduced last year by Sen. Holly Mitchell, D-Los Angeles, and views teens and pre-teens involved in prostitution as being victims rather than criminals.

“Existing law makes it a crime to solicit or engage in any act of prostitution. Existing law makes it a crime to loiter in any public place with the intent to commit prostitution. This bill would make the above provisions inapplicable to a child under 18 years of age who is alleged to have engaged in conduct that would, if committed by an adult, violate the above provisions,” a summary of the legislation outlines.

There is opposition to this change. It is stated that this would legalize teen prostitution and thereby encourage the practice of pimping teens rather than adults.

However, some have expressed concern over the law, including Sen. Travis Allen, R-Huntington Beach.

“[T]eenage girls (and boys) in California will soon be free to have sex in exchange for money without fear of arrest or prosecution,” he wrote in a recent article for the Washington Examiner. “Pimping and pandering will still be against the law whether it involves running adult women or young girls. But legalizing child prostitution will only incentivize the increased exploitation of underage girls.”

However, I believe this is arguing backward from usual standards. By this logic, then we should not prosecute a twenty-year-old for sleeping with a seventeen-year-old. The seventeen-year-old has the choice to have sex with or not have sex with the older boy.  Yet, California has laws that say that she could not legally consent because she was not of age.

Don't forget to like SonsOfLibertyMedia.com on Facebook, Google+, & Twitter.
The opinions expressed in each article are the opinions of the author alone and do not necessarily reflect those of SonsOfLibertyMedia.com.
Previous Post:
Trump’s Approval Rating Is Allegedly 37 Percent, But Small Business Optimism Just Hit Highest Level In 12 Years!
Next Post:
John Kerry: Russia & Iran “Saved” Syria from “Extremists”

About the Author: Michael Ware

Michael is a husband, father and elder in the church he attends. He also writes at ShadeTreeEconomist.com and FreedomForce.com 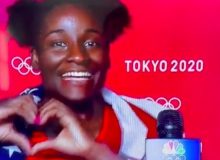