NY State Senator Gustavo Rivera is Promoting “Safe Injection Sites” in your Neighborhood — Are You?

I’m committed to this fight because of the New Yorkers who educated me. I will not buckle. I will not bend. I will go forward because to my left and to my right and right behind me are all of you.”  Gustavo Rivera

Gustavo Rivera was elected to represent District 33 in the New York State Senate in November of 2010. His District extends from the Northwest Bronx to areas of the East Bronx and including Kingsbridge Heights, East Tremont, Crotona Park, Fordham, Belmont, Van Nest, Claremont, High Bridge and Morris Park.

Recently Mr. Rivera put this statement out on social media about “safe injection sites”, aka “safe consumption sites” aka “overdose prevention sites” whatever is considered to be politically correct to obtain the goal of allowing addicts to use illegal drugs and be supplied with syringes to inject outside the sites:

“While we should have been first, I am ELATED that this is happening in Philadelphia. Thank you for leading! Hoping that @NYGovCuomo gets off his keister and allows the pilot program of Overdose Prevention Centers to move forward in our state.” The problem with Mr. Rivera’s elation of Philadelphia opening a “safe injection site” in a South Philly neighborhood was the residents were not as elated as Mr. Rivera and protested outside the proposed facility and it did not open.

Since a picture is worth a thousand words, Mr. Rivera, here are photos from the streets near these injection sites in Alberta, Canada. 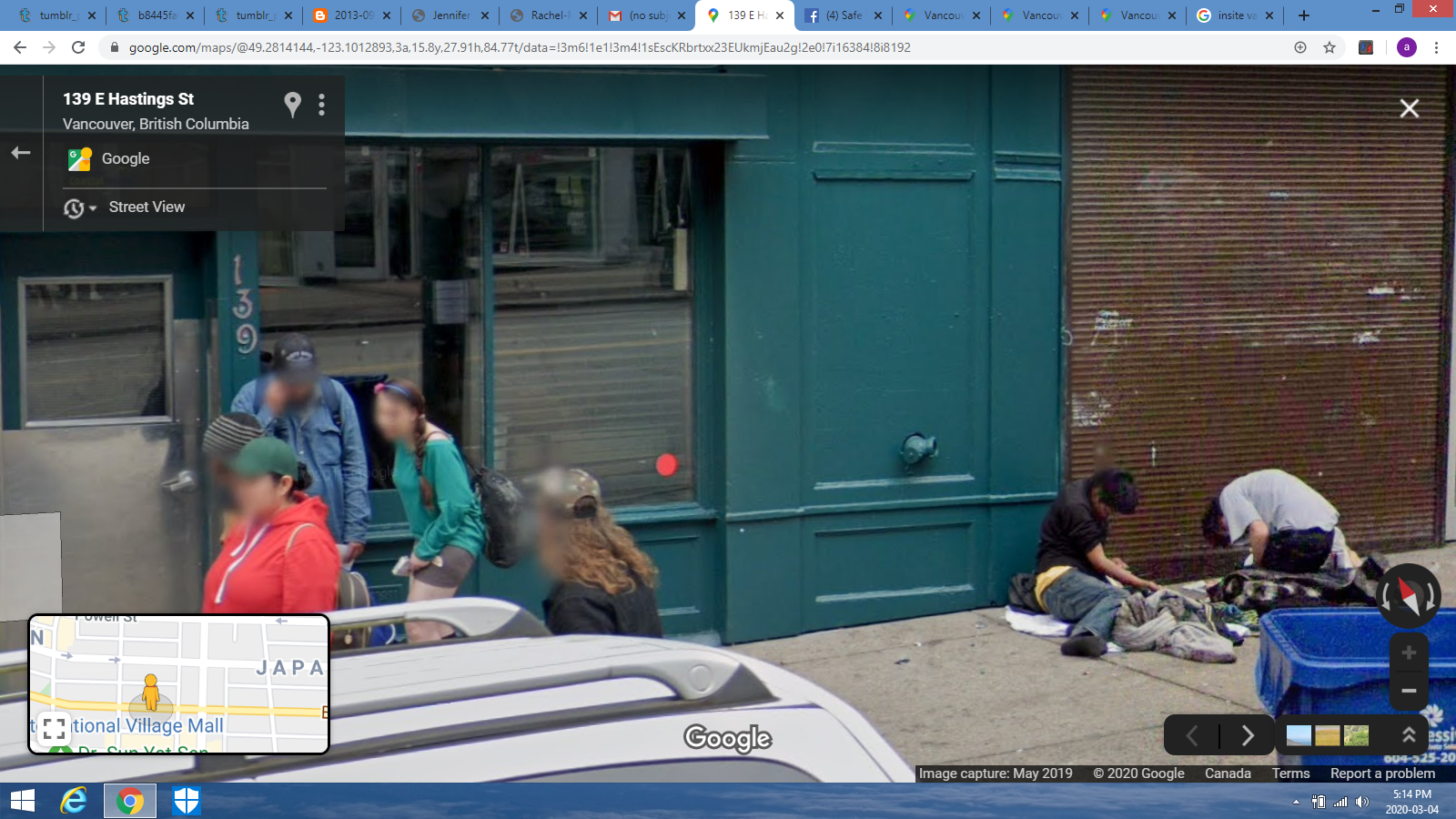 Also, Mr. Rivera you might be interested in the fact that Jason Luan, Associate Minister of Mental Health and Addictions, and Doug Schweitzer, Minister of Justice and Solicitor General, provide remarks about the findings of the Supervised Consumption Committee’s final report in Alberta, Canada.  The below link to their review of what is happening at these sites is that there is a 100% to 400% increase in drug related deaths around the safe injection sites.  If you need convincing that Alberta, Canada is rethinking safe injection sites and their validity, here is the video with some interesting facts from their review report released on March 5.

Since the health officials in Alberta are concerned with the escalating deaths outside the safe injection sites and the fact that parents have to go to their children’s schools and clean up used syringes laying on the ground to safeguard their children’s lives, maybe Senator Rivera should commit to being available in his New York districts to patrol outside safe injection sites — carrying a disposal barrel for the used syringes discarded on the sidewalks and streets.

Before these New York neighborhoods are made to look like the photos in this article from Alberta, Canada, it might be time to call your elected State Senator Rivera to remind him of the safety of your neighborhoods, schools and businesses and who elected him to represent you.  His telephone number is 1-718-933-2034.

Don't forget to like SonsOfLibertyMedia.com on Facebook, Google+, & Twitter.
The opinions expressed in each article are the opinions of the author alone and do not necessarily reflect those of SonsOfLibertyMedia.com.
Previous Post:
Crooked Hillary Loses It: “I’m Most Innocent Person In America”
Next Post:
FEMA, FEMA Camps, Martial Law & The Unconstitutional Executive Orders That Are In Place That Threaten The Liberty Of Every Citizen Of The US

Rosh HaShana Is An Anti-Socialism Holiday
September 18th, 2020 The Lid