Once again, the people have had it with the tyranny and are protesting.  This time it’s happening in Pennsylvania!

BREAKING — PA PROTEST: Protesters, many of whom appear to be Trump supporters, are demonstrating against state lockdown orders outside the Pennsylvania capitol building in Harrisburg
https://t.co/HjXxkZgi0w

Right now in Harrisburg, Pennsylvania, Americans are holding an anti quarantine demonstration which is due to go nationwide. pic.twitter.com/RmiecD4ZUa

Today’s rally drew horn blowers, music and signs being held by protesters at the state Capitol.

The protestors, from groups called ‘Pennsylvanians Against Excessive Quarantine’ and ‘End the Lockdown Pennsylvania,’ are demanding the state’s economy to reopen on May 1. Pennsylvania Secretary of Health Dr. Rachel Levine has said that if people are planning on protesting but are not social distancing, ‘that is a public health risk and I am concerned for their health.’ Pennsylvania Governor Tom Wolf issued a stay-at-home order for the state on April 1.

Protesters rallied in front of the state Capitol in Harrisburg, where they crowded together on the steps and sidewalk in defiance of social distancing guidelines, recklessly dismissing their own health risk and the risk to others — many without even face masks, according to video posted on social media.

Some waved American and Revolutionary-era Gadsden, or “Don’t Tread on Me,” flags, wore Trump campaign gear and held hand-lettered signs that said “SOME PEOPLE WANT TO WORK” and attacked Democratic Gov. Tom Wolf as a “tyrant.”

Motorists also led a caravan of vehicles — many festooned with American and pro-Trump flags — past the protesters, honking their horns to cheers and applause.

“It heartens me to see my brothers and sisters across the state here, coming together here to fight this tyranny, this overreach,” said Republican state Senator Doug Mastriano, a retired US Army colonel, , who wore a white shirt and red tie.

“Never before in the history of this commonwealth has a governor exercised so much power…It’s time to roll that back.”

Pennsylvania was not the only state protests were going on.  They were also taking place in Maine.

DEMONSTRATORS GATHERED in Pennsylvania and Maine Monday to protest state stay-at-home orders enacted to prevent the spread of the coronavirus.

Monday’s protests are the latest in a string of small demonstrations that have taken place around the country in the last week in response to coronavirus-related restrictions that have closed most businesses. Critics of the restrictions argue that the measures are unconstitutional and unnecessary.

A similar demonstration also took place at the State Capitol in Harrisburg.

In Maine, roughly 250 people gathered outside Gov. Janet Mills’ residence to push back against state restrictions that have closed nonessential businesses. The “Re-Open Maine” event was organized by Republican State Rep. Chris Johansen, who told The Press Herald that the governor should relax restrictions in rural parts of the state with low numbers of coronavirus cases.

Don't forget to like SonsOfLibertyMedia.com on Facebook, Google+, & Twitter.
The opinions expressed in each article are the opinions of the author alone and do not necessarily reflect those of SonsOfLibertyMedia.com.
Previous Post:
What If The Lockdown Was All A Big Mistake?
Next Post:
Massachusetts: “Pedophile Hunter” Catches Police Chief Trying To Have Sex With 14-Year-Old Boy (Video) 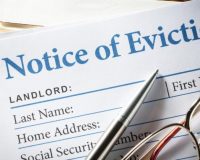