An eight-month pregnant wife and mother was forced to use an AR-15 to defend herself and her husband in an altercation that took place when two intruders broke into their home and began assaulting her husband.

On Wednesday evening, two masked men broke into the family’s home in the suburbs of Tampa in Florida.

As the men entered the home, they confronted the husband, Jeremy King.

They pointed their pistols at him and demanded money.

Trending: As The Show Goes On… Threatening Gun Manufacturers - Where Is Trump’s Department Of Justice & Promise Of Prosecution? Crickets…

King told Bay News 9, “They came in heavily hooded and masked.  As soon as they had got the back door opened, they had a pistol on me and was grabbing my 11-year-old daughter.”

The men began to pistol-whip King and kicked him in the head.

King’s wife was in the back bedroom of the house and looked out to see what was happening, but when she did, one of the men took a shot at her.

The woman then sought out an Ar-15 and returned fire.

“When he came toward the back door in her line of sight, she clipped him,” King said. “He made it from my back door to roughly 200 feet out in the front ditch before the AR did its thing.”

Deputies arriving on the scene found the man dead, and were in the process of looking for the second intruder.

“Them guys came in with two normal pistols and my AR stopped it,” King said. “(My wife) evened the playing field and kept them from killing me.”

“I’ve got a fractured eye socket, a fractured sinus cavity, a concussion, 20 stitches and three staples in my head,” said King, outside his home on Old Welcome Road in Lithia. “I took a severe beating.”

While the couple did not recognize the intruders, investigators do not believe the intrusion and attack was random.

The story is one that just piles on to the fact that AR-15s are quite useful in dealing with home invaders, as well as many other situations.

Don't forget to like SonsOfLibertyMedia.com on Facebook, Google+, & Twitter.
The opinions expressed in each article are the opinions of the author alone and do not necessarily reflect those of SonsOfLibertyMedia.com.
Previous Post:
Puberty Blockers: Demonic Pathway To Sterilizing Children
Next Post:
Virginia Snubs The People & The Law – Passes Semi-Automatic Gun, High Capacity Magazine & Suppressor Ban

Cartoon of the Day: Clowns to the left of me
February 28th, 2020 Liberty Unyielding 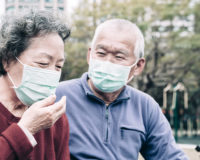