On any given day, a scroll through social media produces videos of parents challenging local school boards over sexually explicit material children are exposed to in public schools. In the past week alone, I have seen several, and one even made headlines. An Iowa mother showed up at the school board meeting dressed in the same outfit as the drag queen that performed at the school. While this is a great way to challenge the authorities and draw attention to the issue, it will do little to stop the problem. I argued in my book, A Critical Look at CRT in Education, Research and Social Policy, that Critical Race Theory cannot be “banned” in elementary school because it is a research model used to examine what the left views as “educational inequities” driven by race. Most people are not aware of the difference between CRT or Critical Theories of Race, which public school teachings about racial issues are generally based on. The same is true with Queer and Intersectional theories. The public school setting is literally a laboratory for deconstructing what we have considered normalness because Critical Theorists have deemed normative ideology as a system of class and social oppression. Most people are not aware of the decades of Critical Theory history in our educational institutions, and the approach that Critical researchers take when conducting their research. Arguing with school board members is a useless gesture because they are simply following what they have been directed to do and likely do not even know the reasoning behind the policies which have been instituted. They are little more than the public face that the real Marxists hide behind.

Critical Theory was brought to America from the Frankfurt School by Max Horkheimer, Theodore Adorno, and Herbert Marcuse after the Nazis had taken over Germany. Critical Theory is Marxist in origin as it was originally developed to free people from oppressive economic systems, with capitalism being the main culprit. When these three arrived in America they saw a country they believed, was not living up to its values. In fact, according to an article called Rethinking Critical Theory and Qualitative Research, their final development of societal critique was driven by their view that America had a contradicting nature defining her ideals and values. The social norms that defined western civilization pertaining to gender roles, for example, were viewed as oppressive. Also according to this article, it was the work of Herbert Marcuse and his ideas that people could not truly be liberated until their basic sexual desires were set free, and people could act them out without the restrictions set against them by societal norms. This led to the sexual revolution of the 1960s, which conversely, led to many of the problems we have today. Interestingly, Brock Chisholm, a man who was once head of the World Health Organization, stated that man would never be free unless religion was wiped from his mind because it was something that prevented him from following his natural, animalistic urges. 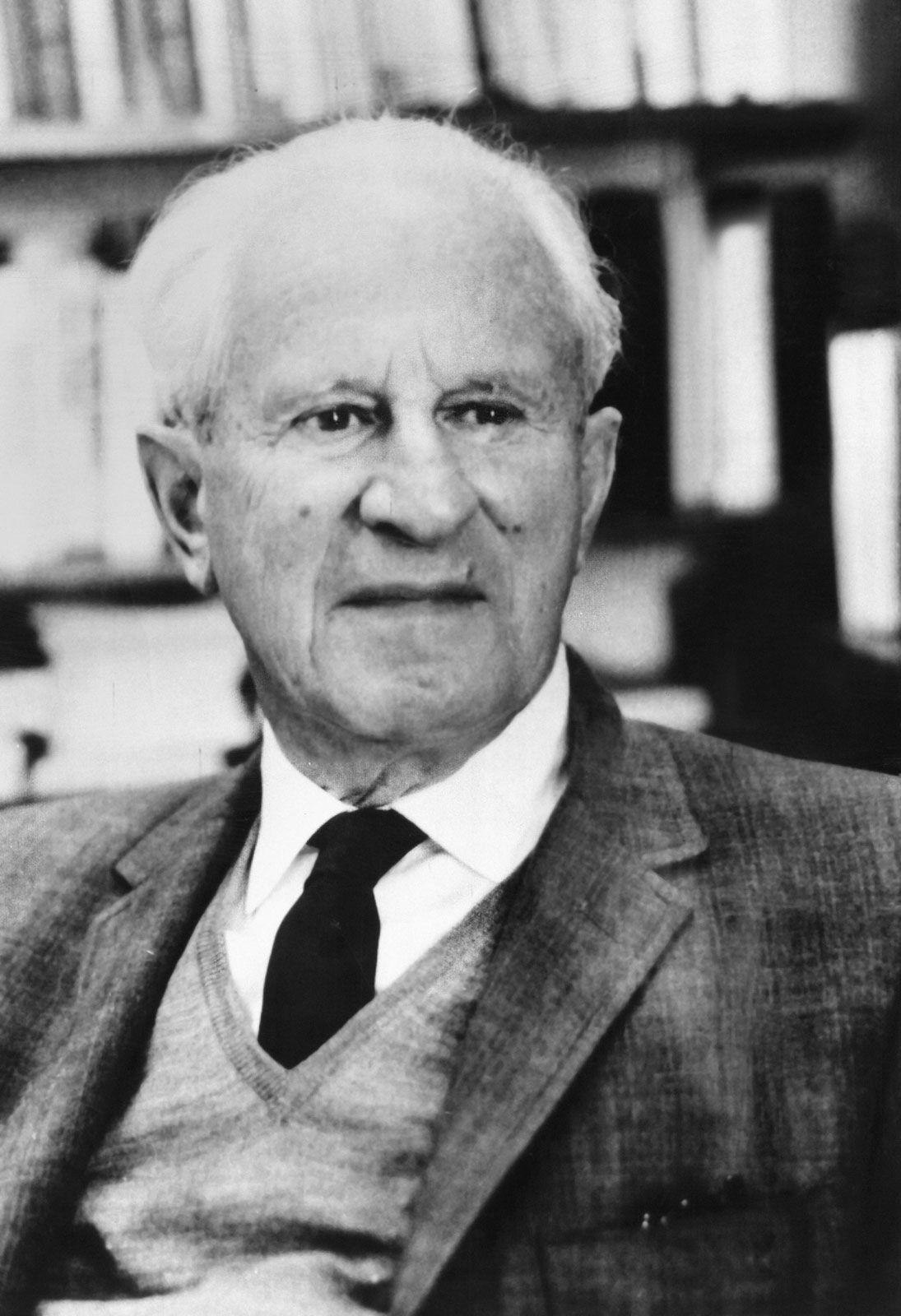 It is and has been my opinion for some time, that if you want to solve the problem you must first understand it. Cleon Skousen wrote in the book The Naked Communist that if enough people would study the problem, we may finally achieve freedom for all men. Joost Meerloo wrote in Rape of the Mind, that if people understood the nature of the propaganda being used against them, they could fortify their minds against it. The point I am trying to make is that it is the work of the Critical Theory researchers that must be studied before any cognizant strategy to implement real change can be instituted. The book Research Methods for Social Justice and Equity in Education gives great insight into the beliefs and methodologies of Critical Theory researchers.

Critical Theory works to dismantle or deconstruct what is viewed as the dominant ideology. In America, this ideology is what Critical Theorists refer to as the “capitalist white supremacist cisheteropatriarchy.” They are arguing that the views and customs of straight, white men are what make up and control societal norms, leaving minorities of all kinds in an oppressed state. When it comes to research methods driven by Critical Theory, a systems approach is taken that views the behaviors of individuals as symptoms of an oppressive system as opposed to individuals driving their own behavior. This applies to both perpetrators and the so-called victims. In other words, the actions of a straight, white male may be categorized in a manner that suggests his behavior is motivated as an oppressor, by the system in which he lives instead of his own alleged bigotry. Or a victim’s behavior is attributed more to the state of society because it is oppressive than to the actual decisions being made which lead to real-life consequences. The simplest way to say this is because they are Marxists, they view everything from a collective as opposed to an individual perspective.

Queer Theory, according to  Research Methods for Social Justice and Equity in Education, is a method of challenging the social norms associated with the dominant ideology. The authors state that it comes from a long-standing history of rejecting identity categories like male or female, for example. This long-standing history comes not only from Critical Theory but feminism as well. The Feminist Movement was surely motivated by the same Critical Theory pushing the gender-twisting agenda on us today. What we are witnessing in the public schools is the culmination of an agenda to breakdown American society because everything that we view as normal such as the traditional family, motherhood, fatherhood, equality of opportunity, and even the very concepts of personal responsibility, are systems of oppression which limit human freedom. To the Christian, living free means being responsible and living in a state of truth in accordance with God’s law. To the Marxist, freedom means freeing man from any restriction which prevents him from following his animal instincts.

Here is where parents need to pay attention and spend some time researching themselves. When it comes to conducting research from a Queer Theory perspective, the authors of Research Methods for Social Justice and Equity in Education suggest that “identity categories need to be deconstructed as misguided illusory social constructions of power rather than identity markers associating lived experiences with specific communities.” The end goal of Queer Theory is to disrupt the oppressive gender-binary system which Critical Theorists view as a system put in place to uphold the power structures of the cisheteropatriarchy. School children that are being encouraged to use gender non-conforming pronouns, for example, are being trained to view traditional social norms as something that restricts their freedom, and when they become adults, if they haven’t had the support of loving parents who set their thinking straight, will be fully indoctrinated into the idea that it is bigoted to believe a man cannot get pregnant.

Our schools are social laboratories. Behind all of this are Critical Theory researchers who are studying the effects of what they have instituted. They are deliberately deconstructing what is traditionally viewed as male and female to institute a new society for one, and two, so they can study how the balance of power is transformed by giving a voice to the so-called, marginalized. The problem is that these children didn’t come up with this idea on their own. Private groups have been infiltrating schools for decades with the intention of incrementally implementing this agenda, and it started under the guise of AIDS prevention. They first introduced the idea to children that they might be homosexual, and any resistance to this agenda was equated to bigotry. The bigger point is, showing up to the school board meeting is a good start but parents need to do some independent research and fortify their minds with the knowledge of Critical Theory and its history in American education before any real progress can be made. This is just my opinion, of course.

To learn more about this check out my other articles on the topic.

In Defense of Our Nation: Child Sexual Abuse and the Repealing of Age of Consent Laws

In Defense of Our Nation: Gender Identity: Marxist Plan to Destroy the Family

Check out my latest book on Critical Race Theory Now available in paperback.

Also, check out Without a Shot Indeed: Inducing Compliance to Tyranny Through Conditioning and Persuasion.

Don't forget to like SonsOfLibertyMedia.com on Facebook and Twitter.
The opinions expressed in each article are the opinions of the author alone and do not necessarily reflect those of SonsOfLibertyMedia.com.
Previous Post:
The Solution Series: Building a Local Force with Your Sheriff with Sheriff Richard Mack (Video)
Next Post:
5 Signs That The War Between Russia & NATO Is About To Spiral Out Of Control