So, I’m not one to much get into pop culture news.  However, considering when I was a teenager, one of my favorite bands was Motley Crue

.  Even though I know they live depraved and uncontrolled lives, the fact is I didn’t pay any attention to their politics which is wrapped up in their music, just like pretty much every musician out there.  However, drummer Tommy Lee began to trend over the last day or so with threats against those in the Bible Belt and Trump supporters.  The only problem was he passed off what was trending as his own when the words were really that of a Reddit user that were copied and pasted. 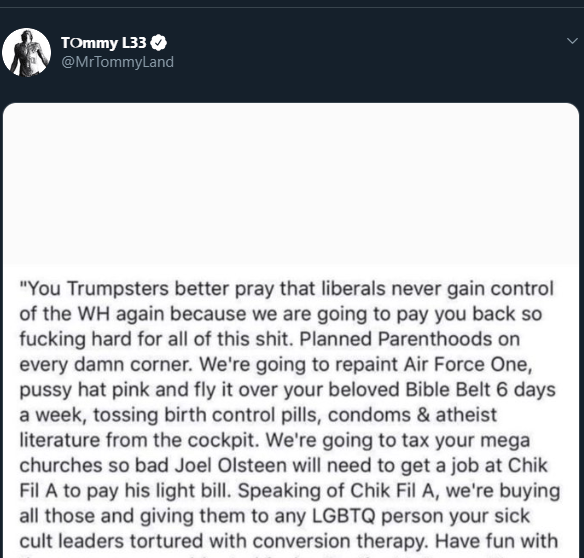 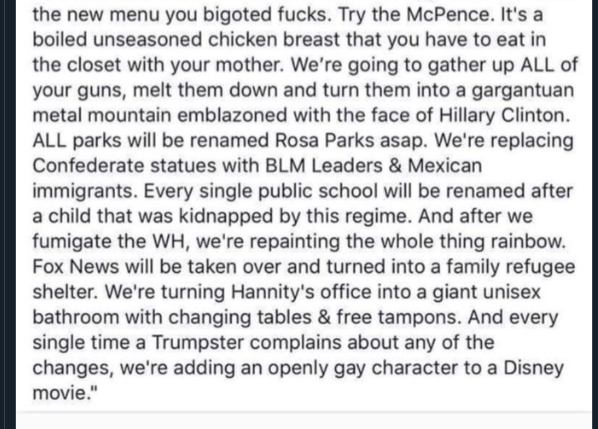 “You Trumpsters better pray that liberals never gain control of the WH again because we are going to pay you back so (expletive) hard for all of this (expletive),” reads the post. “Planned Parenthoods on every damn corner.”

“We’re going to repaint Air Force One pussy hat pink and fly it over your beloved Bible Belt 6 days a week, tossing birth control pills, condoms & atheist literature from the cockpit,” it continues.

Why just six days a week?  Was someone that stupid or was there something else going on and they just wanted a day off?

Still, the post continued, “We’re going to tax your mega churches so bad Joel Olsteen will need to get a job at Chik Fil A to pay his light bill.  Speaking of Chik Fil A, we’re buying all those and giving them to any LGBTQ person your sick cult leaders tortured with conversion therapy.  Have fun with the new menu you bigoted (expletive).  Try the McPence.  It’s a boiled unseasoned chicken breast that you have to eat in the closet with your mother.”

Pretty tough words from a guy who couldn’t hold a marriage together and is nothing more than an adolescent in an adult body.  Oh wait, they weren’t his words.

Of course, I’m sure the folks at Chik Fil A will be more than happy to serve people like Lee, any LGBTQ person and everyone in between.

The post continued, “We’re going to gather up all your guns, melt them down and turn them into a gargantuan metal mountain emblazoned with the face of Hillary Clinton.”

“ALL parks will be renamed Rosa Parks asap,” the post added.  “We’re replacing Confederate statues with BLM Leaders & Mexican immigrants.  Every single public school will be renamed after a child that was kidnapped by this regime.”

Of course, neither the original poster nor Lee brings into account the many crimes committed by the previous administration.

“And after we fumigate the WH, we’re repainting the whole thing rainbow,” the post continued.

“Fox News will be taken over and turned into a family refugee shelter,” adds the post, as if it hasn’t already been taken over.  “We’re turning Hannity’s office into a giant unisex bathroom with changing tables & free tampon.  And every single time a Trumpster complains about any of the changes, we’re adding an openly gay character to a Disney movie

Of course, Tommy’s trending post was posted over a year ago on Reddit and Tommy didn’t even have the moral fiber to say, “Hey, I like this garbage post and wanted to share it with you guys.”  Nope, he just put it out there as his own. 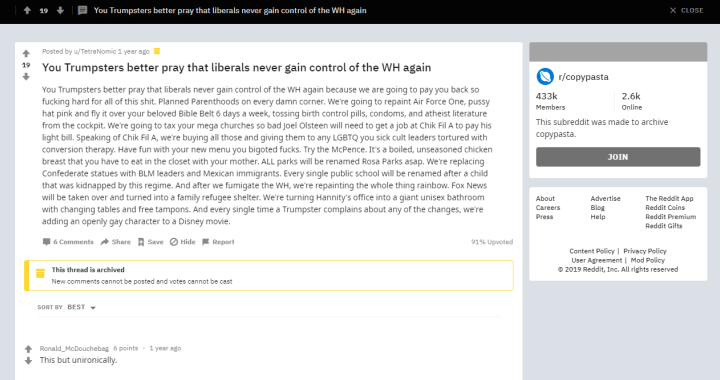 What’s interesting is all the sodomite references and such, and the poster’s name is copypasta, and we all know what the references to pizza and pasta are about, don’t we?  Yep, sex, and specifically sex with children.  Someone probably needs to keep an eye on that user… and Lee since he agrees.

Of course, some people have already pointed out Tommy’s dysfunctional life just as  I did above.

Leftists are praising Tommy Lee right now because he hates Republicans. He’s not exactly someone I’d look up to for any intelligent advice… 🤨🧐😳 pic.twitter.com/PxO9Ex015M

Of course, one person came to Tommy’s rescue and pointed out the post was in quotes as though that made it ok. 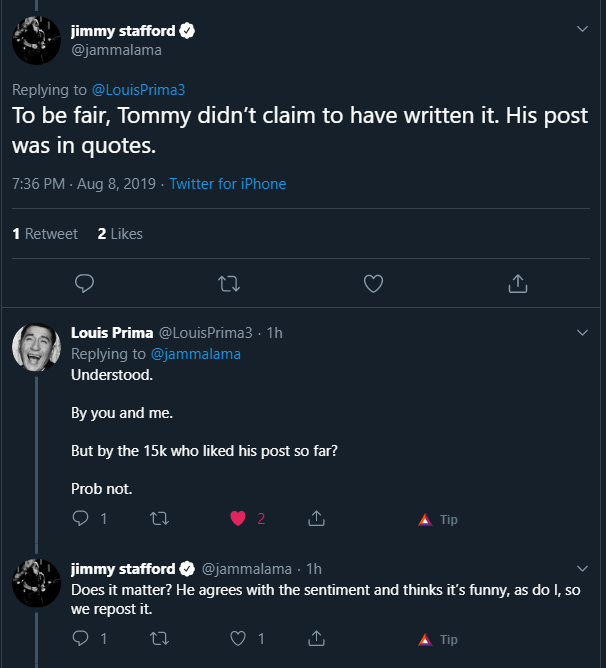 In either case, let me ask you, does that sound like love from either the original poster or Tommy Lee?  Or does it sound like the intolerant hate that they claim others have against them?  I think you get the picture.

However, don’t count on Twitter to ban Lee for his hateful rant.

Instead, look for them to ban those who are calling it out.

Dealing with people like Tommy Lee is important as my friend Bradlee Dean has pointed out.

Don't forget to like SonsOfLibertyMedia.com on Facebook and Twitter.
The opinions expressed in each article are the opinions of the author alone and do not necessarily reflect those of SonsOfLibertyMedia.com.
Previous Post:
MSNBC Contributor: ‘I Want Pitchforks and Torches Outside’ Trump Donor’s House in the Hamptons
Next Post:
Ohio: 6th Grade Boy Ripped From Class For Pointing Out Gender-Confused Boy “Is A Boy” – But Someone Stood Up For Him