On Monday, I reported that Dr. Ryan Cole came out and warned that those taking the COVID experimental shots had a 20 times greater chance of contracting cancer than “unvaccinated” people.  And while many have mocked the “anti-vaxxers” while taking their shot, they failed to live to really tell about it because they died shortly thereafter.  Now, a “Sex and the City” actor is dead five months after taking the deadly Pfizer shot and mocking “non-vaccinated” people as “ignorant morons.”

57-year-old Willie Garson, whose real name is William Paszamant, received his second Pfizer mRNA injection on April 14, according to his Twitter account.

Now, he’s dead from cancer, which is presumably linked to the depop shot he took. 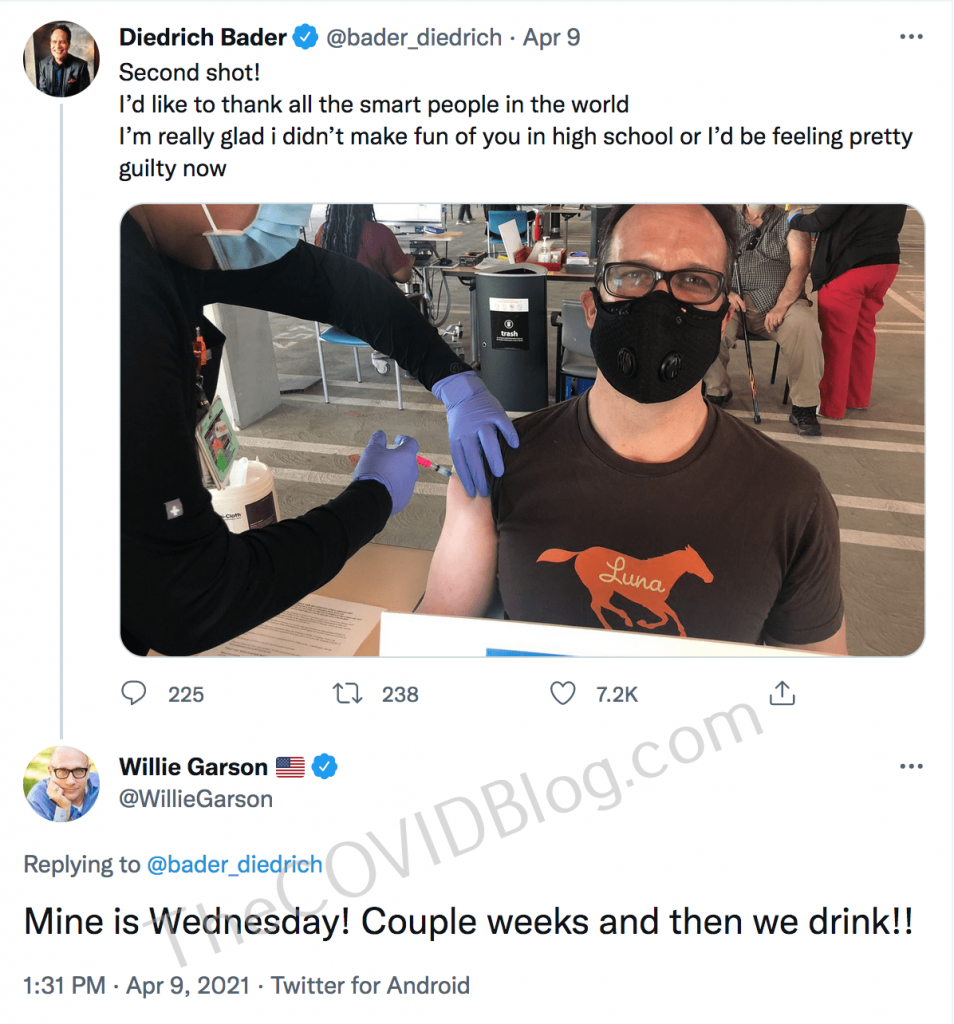 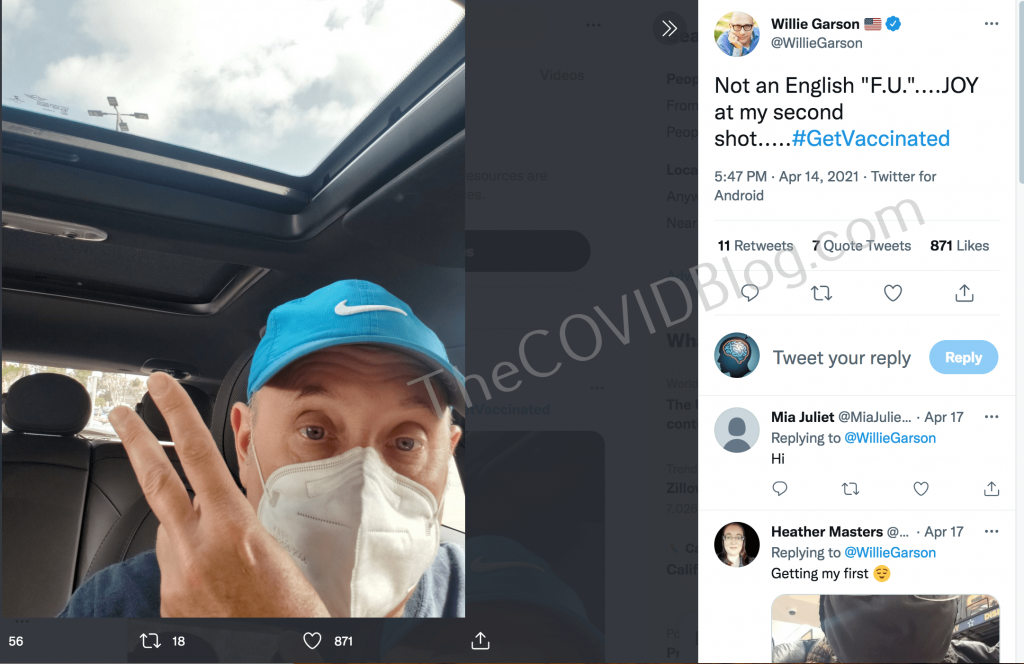 It’s unclear when he received his first injection. But his vaxx zealotry mushroomed in March. This blogger has covered unpleasant individuals whose entire existences revolved around mask and vaxx-worshiping, regurgitating mainstream media and government propaganda, and belittling the non-vaxxed. But it was genuinely difficult and stressful reading through Mr. Garson’s Twitter history. He was very angry and bitter on social media.

The hostility and contempt for the non-vaxxed and non-masked started in late March, after his first injection. Mr. Garson said everyone will be wearing masks “for the rest of our lives” and referred to non-masked people as “fucking idiots.”

He then tried to blatantly coerce someone with preexisting medical issues to get the mRNA or viral vector DNA injections despite the obvious risks to their health and well-being. 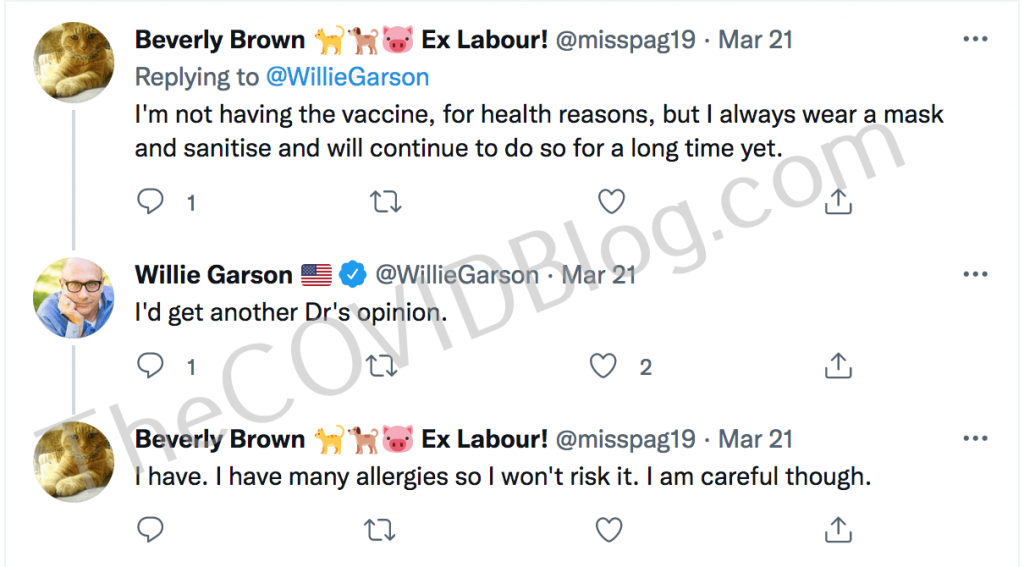 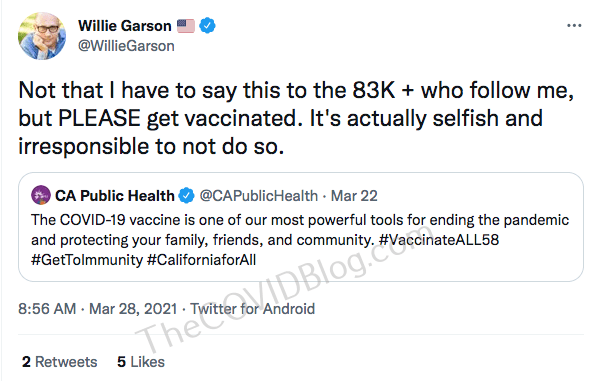 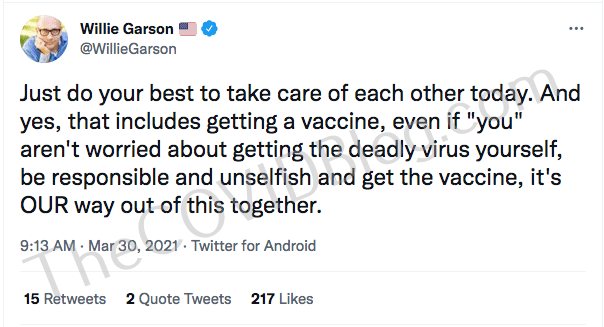 By July, Mr. Garson went into full attack dog mode. He first gloated about being Jewish and being a good Jew compared to other Jewish people.

Mr. Garson was also the self-anointed number-1 troll of Congressman Glenn Grothman, R-Wisconsin. Granted Grothman does not strike this blogger as a decent human being by any stretch of the imagination. But speak once and let it be done. Grothman lived rent-free in Mr. Garson’s head for much of 2021. The following is just one of at least one hundred vitriolic tweets directed at Grothman.

Mr. Garson could not help himself when it came to virtue signaling and attacking the non-vaxxed. He re-tweeted someone calling the non-vaxxed “selfish” and “stupid” with the hashtag #TRUTH. 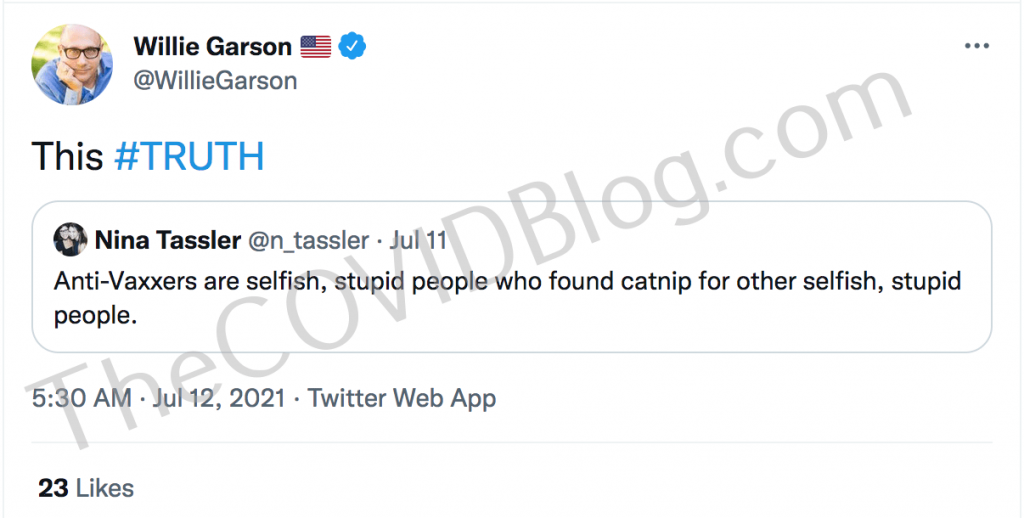 He then called the non-vaxxed “idiots” and blamed them for, apparently, his bad investments on the stock market. 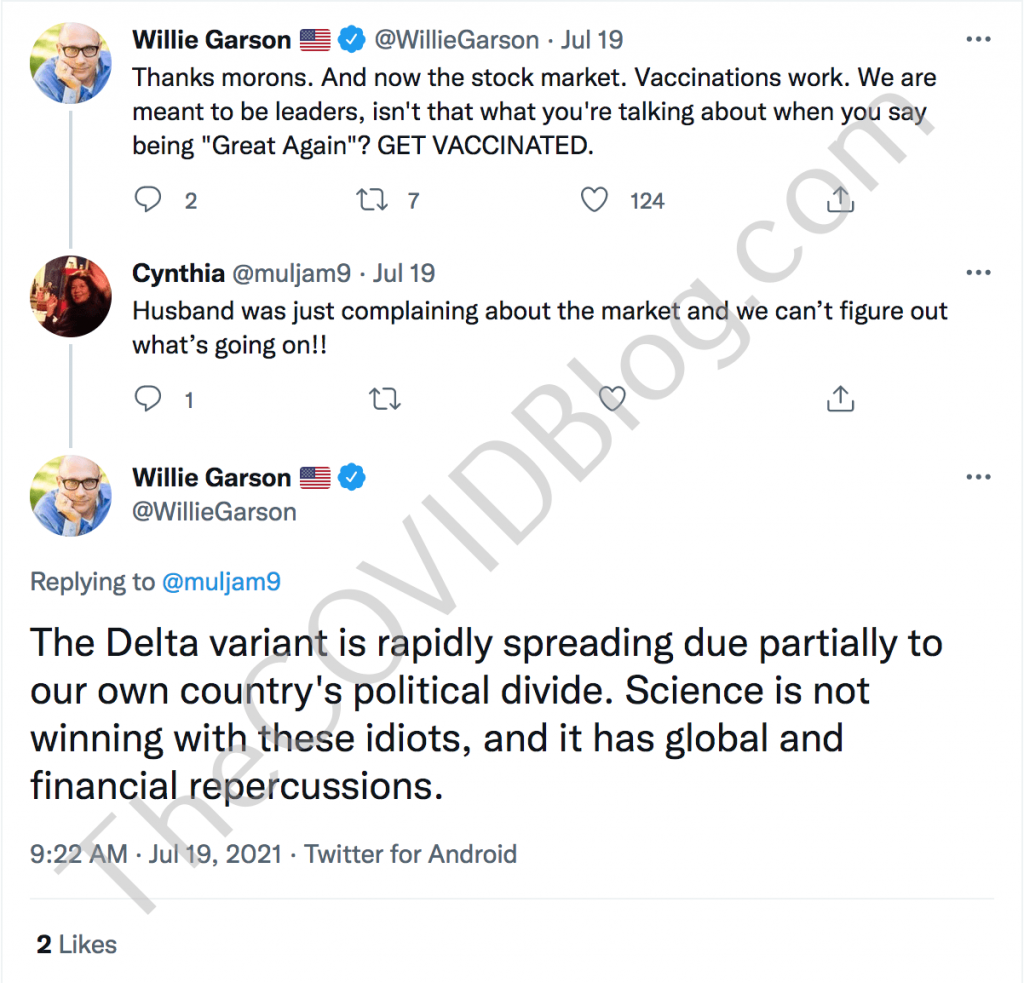 Mr. Garson not only implied that he knows what’s best for everyone, but also called every non-vaxxed person “willfully ignorant.” 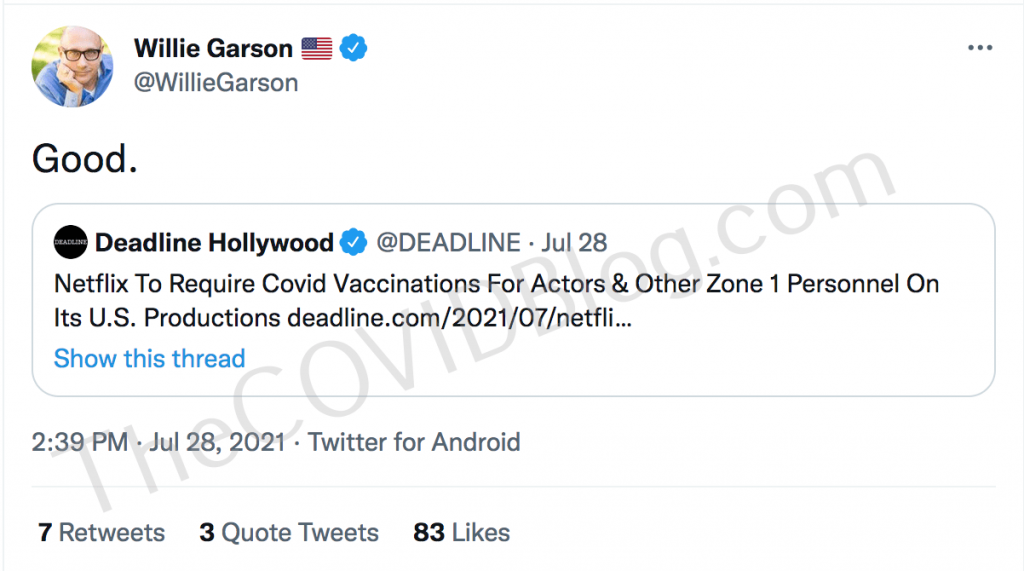 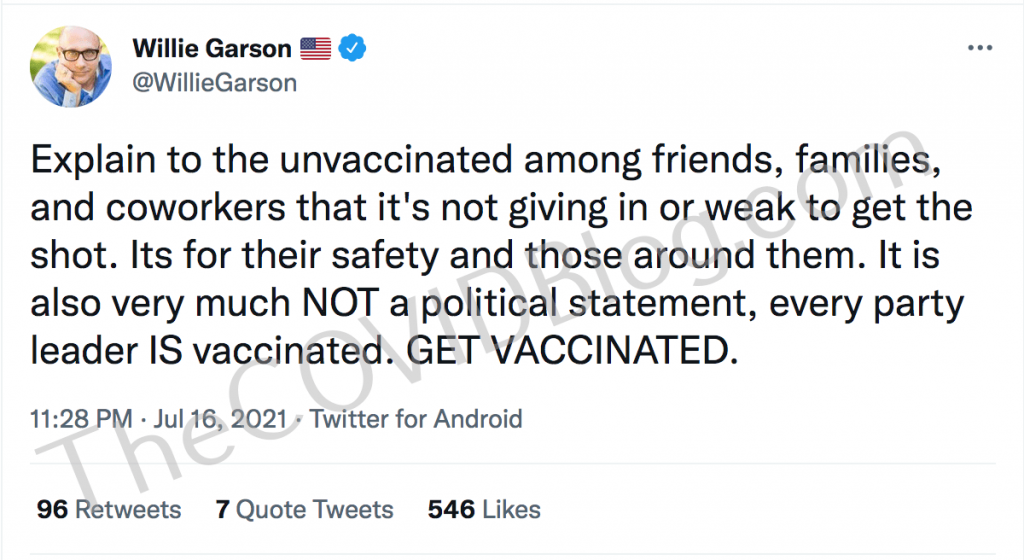 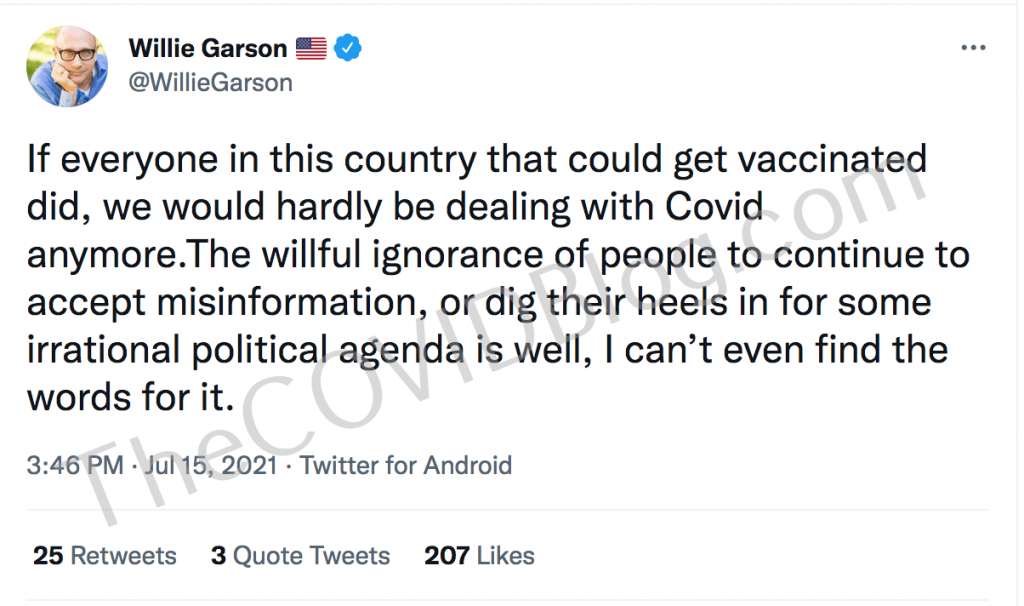 Mr. Garson averaged about 450 tweets per month from September 2017 to February 2020, before the so-called pandemic. He averaged about 1,400 tweets per month from March 2020 when the so-called pandemic began, until February 2021. Those numbers steadily dropped after his injections. But the vitriol got nastier and was essentially present in every tweet from March 2021 forward.

Mr. Garson went from tweeting 1,768 times in January 2021, to only 237 tweets in June 2021, his lowest monthly total dating back to August 2017. But he rebounded in July with 754 tweets in July, his highest since March. Perhaps he felt something wrong in his body and wanted to go out swinging as much as possible. Mr. Garson tweeted only 105 times in August. That number dropped to only four times in September, with his final tweet on September 4 being the first sign of human decency from him at least since March 2021. 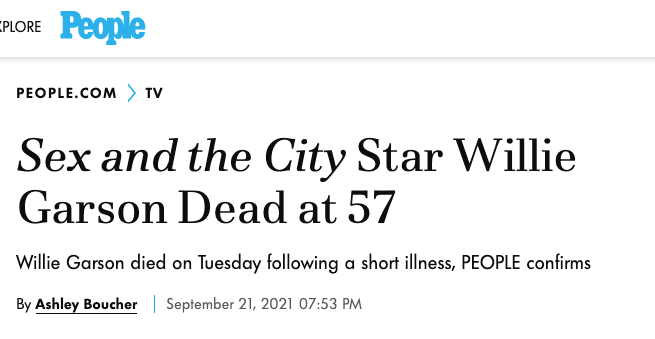 But the cause of death changed to “pancreatic cancer” a few days later.

Sorry, Willie… no sex on the lake of fire.

Don't forget to like SonsOfLibertyMedia.com on Facebook and Twitter.
The opinions expressed in each article are the opinions of the author alone and do not necessarily reflect those of SonsOfLibertyMedia.com.
Previous Post:
University Fascists Forcing “Unvaccinated” Students Into Isolation & Misery With Nazi-Era Star-Style Wristbands – We’ve Got Help For You!
Next Post:
100s Of Cops Convicted Of Child Rape & Murder Still Collect Millions In Taxpayer-Funded Retirement