During an interview on NewsMax TV’s “The Steve Malzberg Show,” Emmy-winning journalist and former CBS reporter Sheryl Attkisson revealed that Hussein Obama “does not read intelligence reports from his staff on jihadist groups that he does not consider terrorists.”

“I have talked to people who have worked in the Obama administration who firmly believe he has made up his mind — closed his mind, they say — to their intelligence that they’ve tried to bring him about various groups that he does not consider terrorists, even if they are on the US list of designated terrorists,” Attkisson told “The Steve Malzberg Show” in an interview.

“He has his own ideas, and there are those who’ve known him a long time who say this dates back to law school,” she said. “He does not necessarily listen to the people with whom he disagrees.”

“He seems to dig in — and why I would suppose is because he thinks he’s right. He is facing formidable opposition on this particular point.”

Attkisson said the sources could not explain Obama’s reasoning for his approach to terrorism intelligence.

It’s no secret that Obama finds intelligence briefings or reports boring. In 2012, Breitbart reported Obama missed over half of his Presidential Daily Briefings regarding “intelligence.” The article cited statistics from the Government Accountability Institute that researched Obama’s schedule on his daily intelligence brief attendance. At the time, GAI noted that in the first 1,225 days in office, Obama attended the briefings 536 times or only 43.8% of the time. During the year 2011 and the first half of 2012, Obama’s attendance fell to just over 38%.

At the time this was reported, lying spokesman for Obama, Jay Carney, claimed he received these briefings electronically to read when it was not in attendance, declaring Hussein to be a “voracious consumer” of his “briefing material.”

Yet, not one person in government nor anyone in Congress believed this was dereliction of duty in some way. It was overlooked. Hussein was given a pass. Their acceptance of unacceptable behavior brought us to where we are today. Hussein no longer hides his disinterest in these reports — He doesn’t want them. Instead, what Hussein believes or wants to believe is regardless of what any intelligence report or agency discovers.

This behavior is dangerous, a threat to national security, and actions resulting from his refusal to consider intelligence reports is treasonous. Yet, here we are still without any articles of impeachment being filed against him as he chastises Republicans and Americans who are opposed to unvetted Muslim invaders, he terms refugees, being dumped onto the various communities in America. How many of these invaders are potential terrorists? Who knows, but that’s what European nations are now trying to discern after the fact of unimpeded invasion.

Just so happens, Attkisson and her crew were in Lebanon for the show “Full Measure,” which she hosts. While in Beirut, the twin blasts occurred that killed 43 people and injured 239 the very day before the terrorist attack occurred in Paris. The show this week features a segment on the fifth anniversary of the Arab Spring, overwhelming failure of surveillance giving rise to ISIS and “horrible terrorism winter and how many people saw it coming.”

Attkisson told Malzberg that intelligence agents on the ground at the time warned of this, but Obama and his administration were uninterested. “We were working on that story — and we thought Lebanon was a good place to be and the Beirut attacks happened.”

ISIS claimed responsibility for the Beirut attacks as Obama proclaimed, “ISIS was contained.” In fact, the narcissistic traitor almost blew the buttons off his jacket and shirt in posturing to appear he was solely responsible. However, ISIS is not contained as the Paris attack confirms since ISIS claimed responsibility. Yet, Obama down plays all of this as he puts Americans at risk, national security of the united States at risk, and the entire Western world as these stupid European leaders follow the traitor Hussein who leads from behind and toward a cliff.

Again, nothing new in Hussein’s actions as this has been going on for quite some time — his support for Islamic terrorist groups, his lack of interest in intelligence briefings related to national security, and his Cloward-Piven plan to destroy this nation through overwhelming the population with illegal alien invaders who bankrupt the nation’s taxpayers. We see it. Congress ignores it. Obama’s spokesliars offer excuse and cover it. And, the lamestream enemedia licks his boots spewing propaganda for the Hussein regime without questioning anything.

All the while, this administration and both chambers of Congress consider the average American a “terrorist” and a threat to national security or we would not continue to be subject to surveillance, unreasonable and illegal search and seizure, and the hoovering of data on every individual in the uS to be stored for use later at the discretion of who knows who in government. Obamacare insures the government has access to medical records to use at a later time to determine what is anyone’s guess. One can be assured it will be to the detriment of Americans.

As tidbits of information to the forefront are brought forth for the public to review and consider, the old saying creeps around, “you can lead a horse to water, but you can’t make him drink.” The citizens of many European nations are mobilizing to protest what has already happened to their nation — the unimpeded influx of illegal alien invaders who are now intent on waging war against them on their own soil. Look at pictures coming out of Poland. Read reports coming out of Germany, where Merkel has almost outlawed the assembly of citizens to protest. These people are now trying to fight back against a formidable force within their nations.

Terrorist camps are dotted throughout the uS. Google it and you will find a cache of information regarding locations, which reports indicate the FBI is aware of their existence. Now, our government seeks to import more potential Islamic jihadists from who knows where, without knowing who they are really. Governors in 31 States are standing to say no. Are you standing with them or do they stand alone?

It’s harder to get something out of your house once it’s taken hold than it is to keep it out in the first place. But, as I am often reminded, “the shoe has to get tight on the foot before anything is done.” Well, Geraldo got a taste of that when his daughter was at risk of being threatened by Islamic jihad.

As citizens, we can no longer perceive this as a small problem or a problem facing European nations. We have to challenge the garbage from CAIR, ISNA, Obama, ADC and other criminals’ propaganda that “there is no problem.” This is fixing to be a bigger problem in America than it already is. We can no longer fall prey to continued political correctness and we cannot “hunker down” and ride it out. Amid all of this, polls indicate that 40% of Americans believe Obama is doing a good job. Really? After all this time, that many Americans are still asleep!

Let’s hope the majority of Americans would rather fix the shoe before it gets tight or change it. If not the majority, a consensus of at least three percent who value the Constitution — uphold it, protect it and defend it — and the freedom and liberty given to us by those who pledged their sacred honor to secure it.

Don't forget to like SonsOfLibertyMedia.com on Facebook, Google+, & Twitter.
The opinions expressed in each article are the opinions of the author alone and do not necessarily reflect those of SonsOfLibertyMedia.com.
Previous Post:
California “Law” Violates First Amendment: Forces Pro-Life Crisis Pregnancy Centers Must Advertise for Abortions
Next Post:
Christian nations for Christian refugees – Muslim nations for Muslim refugees

Is This Why the FBI Hid the Hunter Biden Laptop?
October 21st, 2020 TCP News 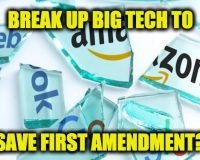 76% Of Voters Believe Big Tech Has Too Much Influence On Political News
October 21st, 2020 The Lid 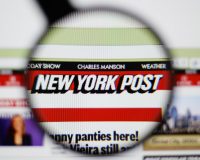