I honestly don’t think the American people need any more evidence of election fraud.  We know it went on.  It’s been going on for decades.  What we need is justice brought against the fraudsters, something that really hasn’t taken place. Yet, we’ll throw this on the massive pile of evidence over the years that has led to virtually no justice, except in a few cases locally.  Attorney Sidney Powell has now released a lengthy 270-page document detailing alleged fraud in the 2020 elections.

The documents were released to Zenger News, and include affidavits, evidence and testimony from many witnesses and sources detailing alleged fraud in the 2020 election.

Here’s a few of those documents.

The document details “errors” found in the Election Management logs.

The document details “errors” found in the Election Management logs. 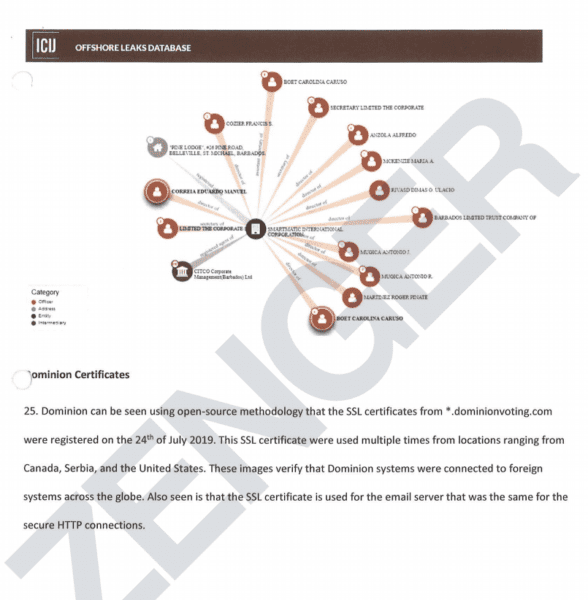 Part 13: “Swiss and Aussies find a critical flaw in Scytl software that the US ignores. 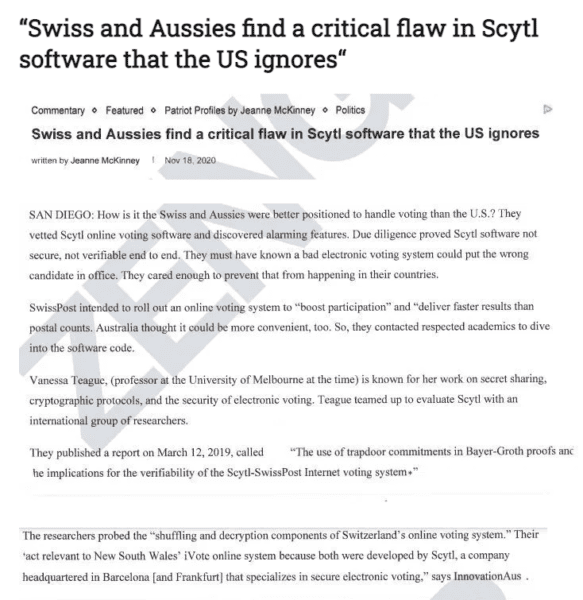 While some may claim President Trump has a conflict of interest here, it is his job, despite that conflict to deal with the perpetrators of this crime (Article 2, Section 3).  I’m wondering if that will ever take place because when it comes to justice there have been lots of promises unkept b this administration.

Don't forget to like SonsOfLibertyMedia.com on Facebook and Twitter.
The opinions expressed in each article are the opinions of the author alone and do not necessarily reflect those of SonsOfLibertyMedia.com.
Previous Post:
Conned Into Demanding Socialism: The Role Of Operation Mockingbird
Next Post:
‘Tis The Season For Bankruptcies, Store Closings And Tent Cities…

Doctors Claim 50% Of Children Who Have Myocarditis Due To COVID Shots Will Be Dead Within 5 Years As Experts Warn 20 Million Dead, 2 Billion Injured
October 1st, 2022 Sons of Liberty Media