Can the Minneapolis Star Tribune be trusted with any real reporting when it comes to Ilhan Omar? Most probably not, given their love affair with the Somali immigrant woman who is currently running for Congress in Minnesota’s fifth Congressional district. 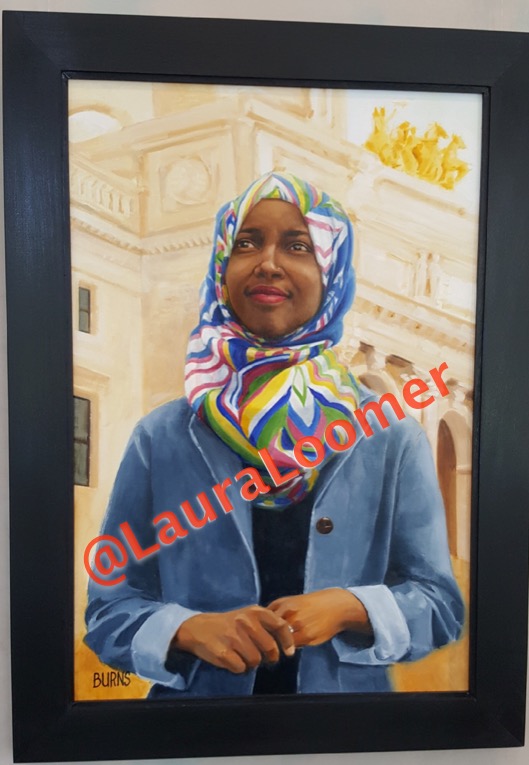 Big League Politics was recently tipped off by someone who visited Star Tribune’s office, and took a picture of a painting of Ilhan Omar hanging on wall at the Minneapolis newspaper headquarters.

Next to the portrait, there is a framed biography of Omar, and a dramatic retelling of her journey from a refugee camp to Minnesota politics. 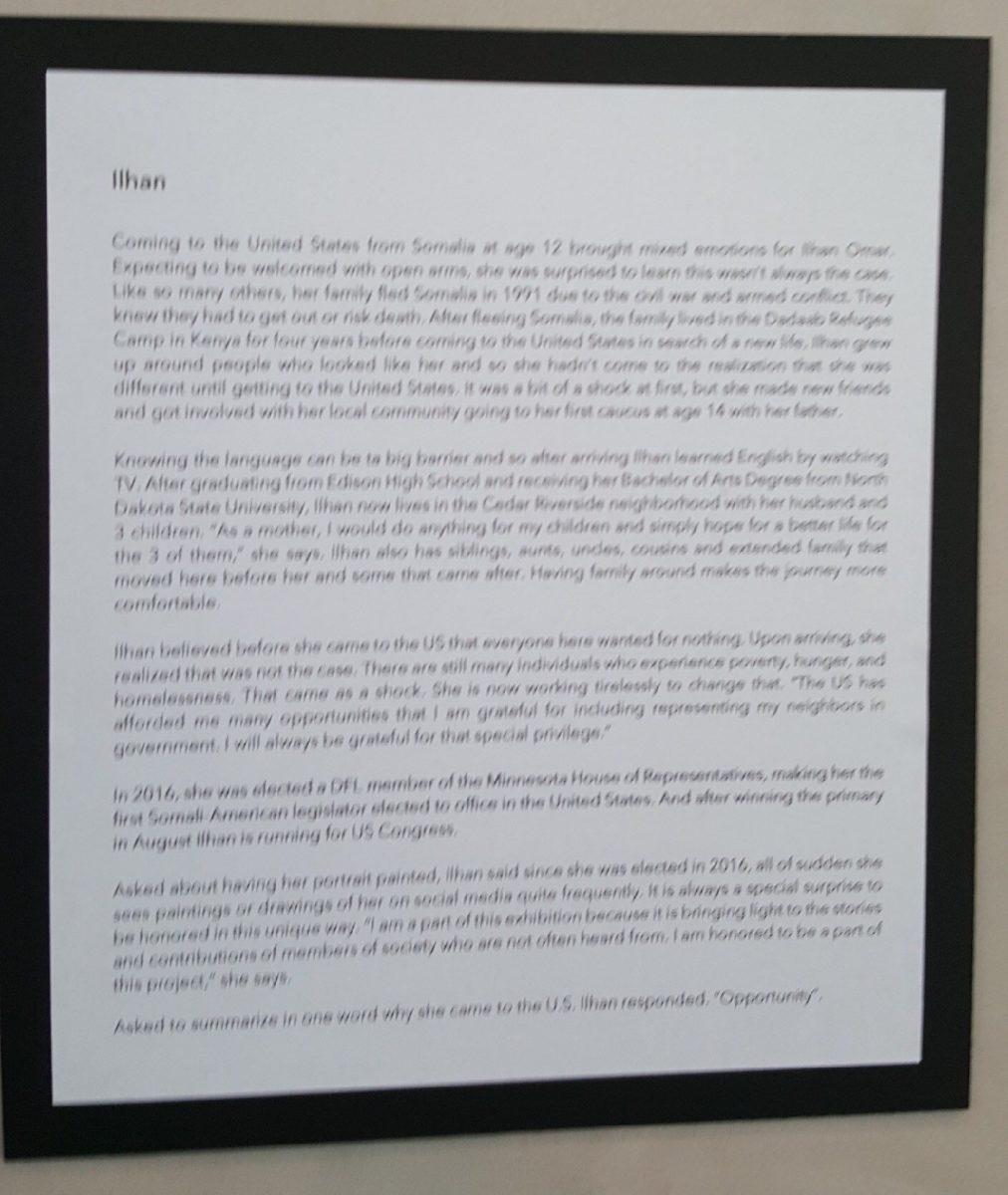 Among Omar’s greatest legislative achievements in the Minnesota House since she was elected in 2016:

That’s right, Ilhan Omar wants US insurance companies to pay out life insurance policies to jihadists who get killed while waging jihad overseas against the United States and our allies. She’s also against banning Female Genital Mutilation – a barbaric Islamic practice of maiming young girls by cutting off their clitoris.

“Asked about having her portrait painted, Ilhan said since she was elected in 2016, all of a sudden she sees painting or drawings of her on social media quite frequently,” the biography reads.

No doubt a celebrity politician has emerged in our midst, and who are we not to be impressed with her?

Could it be because there is now strong evidence Ilhan Omar committed immigration fraud and married her brother so she could get him into the US?

Recently, David Steinberg from PJ Media reported that official school records indeed support the claims she married her brother. Steinberg has turned his discoveries over to the U.S. Attorney’s Office in Minnesota.

“As this implicates Rep. Omar in multiple state and federal felonies, I have contacted the U.S. Attorney’s Office in Minnesota to submit all other information uncovered during our investigation,” said Steinberg.

What about the multiple MN House Ethics Violations? Accepting payments for speaking at colleges she was going to vote on receiving subsidies from the state; using campaign resources for travel expenses and divorce fees.

These are the kind of things you won’t read about in the biography hanging on the wall at the Star Tribune, which pretends to be objective.

The latest campaign finance violations were discovered discovered by MN Rep. Steve Drazkowski in the 2017 year-end report for Omar’s campaign committee. The report showed over $3,000 in travel-related disbursements, including airfare to Estonia and travel expenses to Massachusetts so Omar could speak at a rally for a Boston City Council candidate.

“What we are seeing before our eyes is a serial violator of our laws,” Drazkowski said.

However, the Star Tribune doesn’t see any such issues. Instead the newspaper has been working hard to sell to Minnesotans the image of a suffering refugee with a magical story turning her into a charming success story for multiculturalism, the newest utopia of the Left.

When confronted with these allegations by her Republican opponent Jennifer Zielinski, Omar is quick to avoid giving any real answers, to counter-attack and insult Rep. Drazkowski whom she called a “sad, overzealous representative” in a recent interview at the Minnesota Public Radio. In the same interview, Omar complains about life in the United States and vows to vote for the impeachment of the President if elected to U.S. Congress. When asked whether she used campaign funds for travel and for her divorce, Omar denies any wrongdoing.

She hasn’t denied however her 2013 trespassing arrest and booking at Hennepin County Jail “to prevent further criminal conduct,” according to a newly uncovered police report. Again, the Star Tribune remained silent on the discover made by Alpha News. 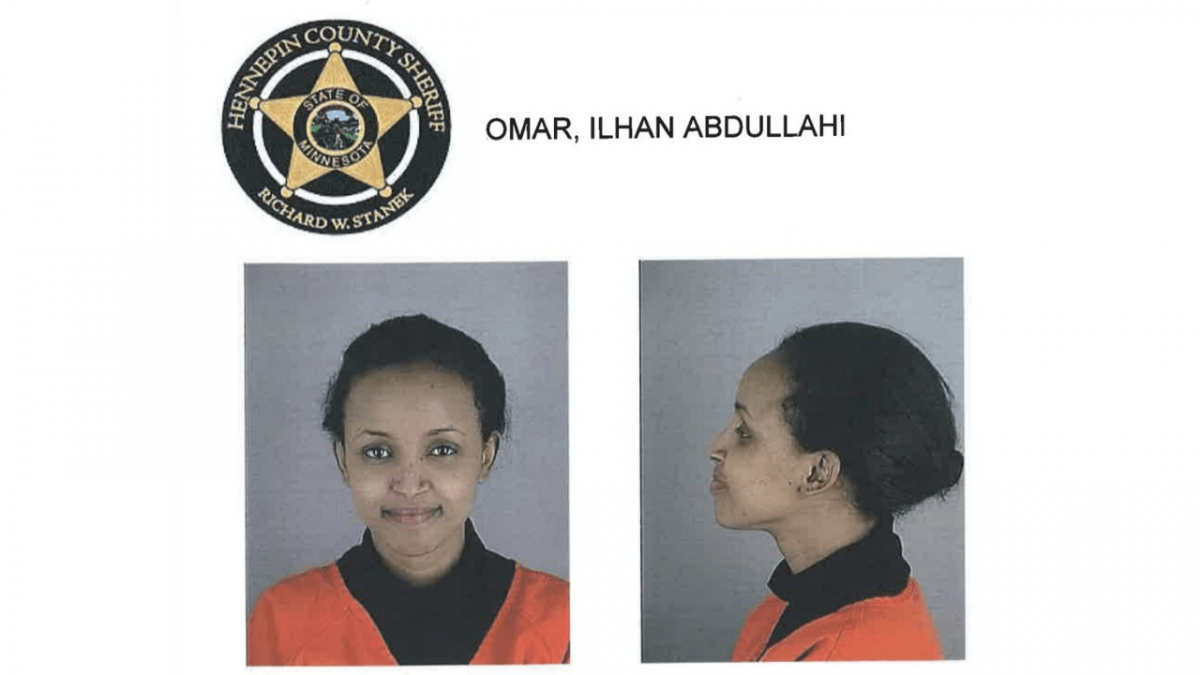 Currently, in the lead, Ilhan Omar is set to “inherit” Keith Ellison’s seat in U.S. Congress while he seems to be failing in his campaign for Minnesota Attorney General amid numerous allegations of domestic violence that have been brought against him.

No doubt the bias of the liberal Minnesota media has been a huge factor in turning Minnesota into a hotbed for Islamic terrorists, a hub for mega-Muslim events, and a launchpad for Muslim candidates who commit fraud and demonstrate defiance for the law even while seeking political offices.

Don't forget to like SonsOfLibertyMedia.com on Facebook and Twitter.
The opinions expressed in each article are the opinions of the author alone and do not necessarily reflect those of SonsOfLibertyMedia.com.
Previous Post:
US Universities Have Taken Over $614,000,000 From Saudi Arabia Since 2011
Next Post:
Texas: Early Voters Claim Voting Machines Altering Their Ballots