The term Stockholm syndrome is often incorrectly defined as a mental illness while in reality it is psychological response. It occurs when kidnapping, hostage or abuse victims bond with their captors or abusers. This psychological connection develops over the course of the days, weeks, months, or even years of captivity or abuse. This psychological response by the victim often results in the victim refusing help from those attempting to free them while simultaneously going out of their way to protect their captor or abuser. It often manifests as a psychological defense mechanism but can quickly devolve into a twisted relationship.

While the above reference refers to individual captors or abusers, Stockholm Syndrome has also been used to describe people’s reactions to oppressive political regimes as the mechanism for survival is the same.

One could make the argument that Americans, in general, suffer from Stockholm syndrome as administration after administration have acted in the interest of the state while laying waste to the freedom and privacy of the individual, with the left and the right both stripping Americans of their rights. Despite the constant attack on their rights and liberties from those in office, Americans still — with great passion — defend their rulers, to the point of violence, who have deceived and fleeced them.

One case in particular highlights this tendency of victim/abuser connection quite accurately. The victim was Jamal Trulove and his abusers were Kamal Harris and her team of prosecutors who sent him to prison for a crime he did not commit. Now, Trulove has “put his differences aside” — whatever that means — and has pledged his support for the woman whose team put him in a cage for six years.

In a recent Twitter post, Trulove says, “my reservations with her are not as big as this election is. We’ve got to get Donald Trump and his whole administration out of office…” The fact that this man is siding with a woman, whose office was responsible for locking him in a cage for six years for a crime he did not commit, simply because orange man bad, is utterly shocking.

As TFTP has reported, one of Harris’ worst acts during her tenure as San Francisco’s District Attorney was committed against Trulove, who spent years in violent prisons after being wrongly convicted in the murder of his friend, Seu Kuka. During his time in a cage for a crime he did not commit, Trulove suffered a horrifying fate. He was beaten and even stabbed while behind bars.

Harris’ role in Trulove’s wrongful conviction came in the form of her office offering gifts to the alleged eyewitness with more than $60,000 in housing and relocation benefits in exchange for her testimony.

Fortunately, Trulove would eventually appeal his case and expose his wrongful conviction and go on to win a $13.1 million payout from San Francisco after he was framed by them. Apparently, this money was enough to sway his opinion about his captors.

Showing the mental gymnastics Trulove has done since he was freed, when Harris announced her bid for president last year, Trulove decided it was time to speak out. In an article in Vice, Trulove said Harris was present at the hearings announcing both the verdict and the sentencing in his case. She even briefly locked eyes with him at one of the proceedings, offering what seemed like a “smirk,” he said.

Trulove told the reported that Harris seemed to “celebrate” the fact that her office was locking an innocent man in a cage.

“She wanted to be present for a celebration of a conviction,” Trulove said. “That’s what it felt like—a celebration.”

Now, a man who was locked in a cage for six years thanks to government corruption is supporting that corruption because it’s better than the other corruption….or something like that.

Sadly, many people buy into this same trap, all the while ignoring the fact that the ostensible “lesser of two evils” is still evil.

Perhaps it’s time for America to do some self-reflection and realize that the entire country may be suffering from Stockholm Syndrome.

Don't forget to like SonsOfLibertyMedia.com on Facebook, Google+, & Twitter.
The opinions expressed in each article are the opinions of the author alone and do not necessarily reflect those of SonsOfLibertyMedia.com.
Previous Post:
Chicago, Portland, Baltimore – The Things We Have Been Warned About Are Now Starting To Happen Everywhere
Next Post:
These People Want to Convince Everyone That Looting Is A-Okay 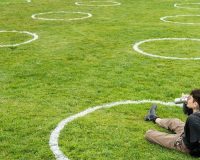