OK, this is not a tabloid, but it is of paramount importance that a woman who believes in the Koran, or at least says she does, has pleaded for leniency on behalf Islamic State jihadis and pontificates on morality when she lies to the public, commits open adultery and is caught doing it.  It isn’t her “private life.”  It’s her life, period.

Ilhan Omar is leading a double life and it just may catch up to her sooner than she thinks.

The leftist congresswoman, 37, spent months denying she had split from husband Ahmed Hirsi despite this website revealing she had left their marital home and was having an affair with a campaign aide.

She finally filed for divorce on October 7 – but still refuses to acknowledge her relationship with veteran Democratic schmoozer Tim Mynett, 38, whose wife also petitioned for divorce in August.

DailyMail.com can now disclose that Omar and Mynett are not only dating, but living together ‘on and off’ at a secret DC apartment, while plotting romantic vacations to Jamaica and making plans for a long-term future together..

Apparently, it’s not so secret as they were photographed coming and going from the same apartment.

Mynett has also been whisking mom-of-three Omar around DC in his bright blue Ford Mustang. Insiders have gone so far as to suggest the pair will get married when their respective separations are finalized.

While the two have not been seen coming and going together, The Daily Mail did confirm that they spent at least six nights together.

According to the Daily Mail, A well-placed source told DailyMail.com: ‘Tim is still pretending there is nothing going on but neither of them are fooling anyone. Omar is an elected representative, she is supposed to be transparent and truthful. She needs to be honest about why she’s leaving her marriage and breaking up another one’.

The source added: ‘The suspicion is that when their divorces are finalized they will quietly decide to make it official. Maybe then the lies, the hypocrisy, all the sneaking around will finally come to an end.’

Insiders have gone so far as to suggest the pair are considering marriage when their respective divorces are finalized.

At the same time, however, DailyMail.com can further reveal that Mynett’s spurned wife Beth, 55, is refusing to yield in divorce proceedings because she feels Omar is a risk to their 13-year-old son William’s safety.

She wants primary custody and has told friends there is ‘no way’ she will allow her child to be ‘put in the cross hairs’ should someone try to harm the firebrand lawmaker because of her political leanings.

A well-placed source told DailyMail.com: ‘Tim is still pretending there is nothing going on but neither of them are fooling anyone.

‘Omar is an elected representative, she is supposed to be transparent and truthful. She needs to be honest about why she’s leaving her marriage and breaking up another one.

‘Right now they are more or less living together whenever she is in DC. They say they travel as business associates when they are staying in the same hotel rooms. They are even planning a romantic vacation at Christmas.

‘The suspicion is that when their divorces are finalized they will quietly decide to make it official. Maybe then the lies, the hypocrisy, all the sneaking around will finally come to an end.’

Photographs of the two leaving have been captured, as well as Omar getting into Mynett’s car. 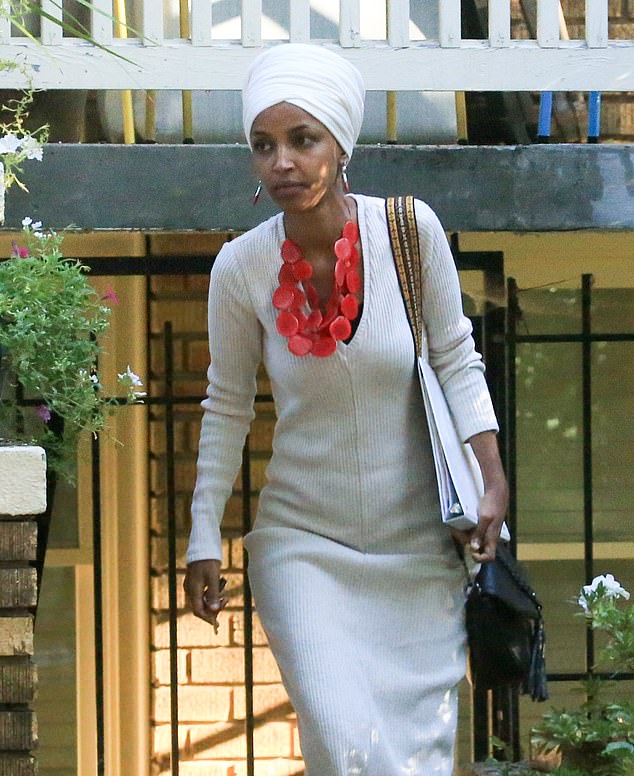 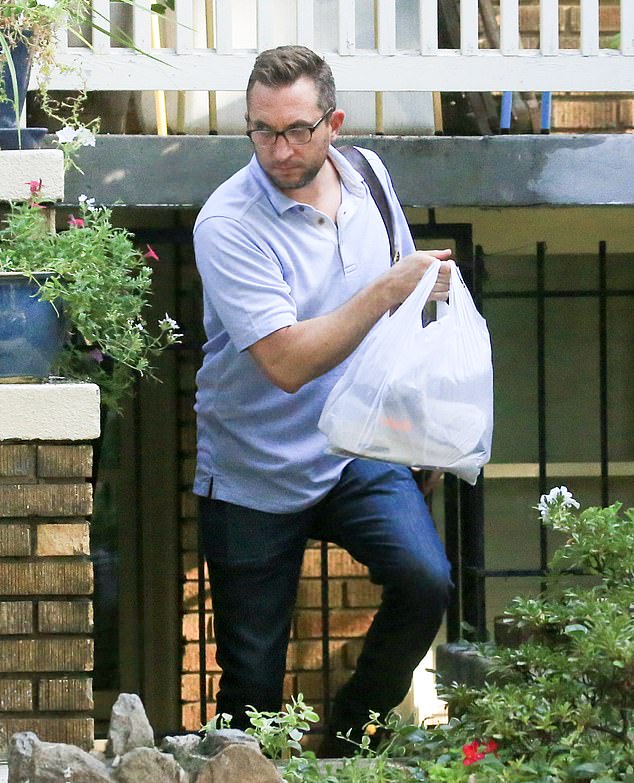 Why is this important?  For a number of reasons.  First, infidelity is the surest and quickest way to manipulate and blackmail people.  It’s why the military dishonorably discharges those who engage in such behavior.

However, there is much more to this than even that.

This woman plays the hypocrite by appealing to God while attacking Republicans and Jews for calling out her adultery.

Then there is the issue of her own bigamy.

The woman is a homewrecker for sure and faces up to 40 yearrs in prison and deportation after more of her crimes have been uncovered.

And paid Mynett a ton of cash.

She’s doing all of this while trying to push Sharia law, and yet, violating law.

As for her hypocrisy in her adultery, Robert Spencer writes:

Omar is on thin ice, Shariawise. The caliph Umar, one of Muhammad’s closest companions, even maintained that the penalty of stoning for adultery was not only part of Islamic law, but was originally in the highest authority for Muslims, the Qur’an:

‘Umar said, “I am afraid that after a long time has passed, people may say, “We do not find the Verses of the Rajam (stoning to death) in the Holy Book,” and consequently they may go astray by leaving an obligation that Allah has revealed. Lo! I confirm that the penalty of Rajam be inflicted on him who commits illegal sexual intercourse, if he is already married and the crime is proved by witnesses or pregnancy or confession.” Sufyan added, “I have memorized this narration in this way.” ‘Umar added, “Surely Allah’s Apostle carried out the penalty of Rajam, and so did we after him.” (Bukhari, vol. 8, bk. 82, no. 816)

“Allah’s Apostle” is, of course, Muhammad, who did indeed carry out stonings. In one hadith he challenges a group of Jewish rabbis about stoning. The hadith records, amidst the barbarism and brutality, a final act of love and compassion:

The Jews came to Allah’s Apostle and told him that a man and a woman from amongst them had committed illegal sexual intercourse. Allah’s Apostle said to them, “What do you find in the Torah (old Testament) about the legal punishment of Ar-Rajm (stoning)?” They replied, (But) we announce their crime and lash them.” Abdullah bin Salam said, “You are telling a lie; Torah contains the order of Rajm.” They brought and opened the Torah and one of them solaced his hand on the Verse of Rajm and read the verses preceding and following it. Abdullah bin Salam said to him, “Lift your hand.” When he lifted his hand, the Verse of Rajm was written there. They said, “Muhammad has told the truth; the Torah has the Verse of Rajm. The Prophet then gave the order that both of them should be stoned to death. (‘Abdullah bin ‘Umar said, “I saw the man leaning over the woman to shelter her from the stones.” (Bukhari, vol. 4, bk. 56, no. 829)

Even the monkeys practiced stoning, according to another hadith:

During the pre-lslamic period of ignorance, I saw a she-monkey surrounded by a number of monkeys. They were all stoning it, because it had committed illegal sexual intercourse. I too, stoned it along with them. (Bukhari, vol. 5, bk. 58, no. 188)

Muhammad’s example is, of course, normative for Islamic behavior, since “truly in the messenger of Allah you have a good example for him who looks to Allah and the Last Day, and remembers Allah much” (Qur’an 33:21).

So has Ilhan Omar committed a stoning-worthy offense under Sharia? Only she and Tim Mynett know for sure. If so, will this lead her to be more generous in her appraisal of her adopted country, which unlike the country of her birth, will not require her death for this offense?

See?  And this kind of behavior is allowed to run rampant among the representatives in America.  Don’t think it doesn’t have consequences, people!  It certainly should.  Either the people will deal with this criminal foreigner or God will deal with us.  What’s it going to be?

Don't forget to like SonsOfLibertyMedia.com on Facebook and Twitter.
The opinions expressed in each article are the opinions of the author alone and do not necessarily reflect those of SonsOfLibertyMedia.com.
Previous Post:
Gangsters Of New York: George Soros’ Son Gathers Obama, Holder & McAuliffe To Benefit Redistricting Of NY
Next Post:
Educrats & Bonds: Taxing To Manipulate The States