Texas: Cop Found Guilty After Video Caught Him Beating Innocent Man In A Hospital & Lying About It

Fort Worth, TX — The body camera video showing a Fort Worth police officer viciously attack and then falsely arrest an innocent man was so terrible that it actually led to this cop getting charged. However, it left many asking why it took more than a year to indict this cop knowing that investigators had video evidence of the attack the entire time. Now, however, this abusive cop has been found guilty and will be held accountable for his crimes.

The victim in this incident was then-20-year-old Henry Newson who’d just been released from the hospital. As he was waiting for his mom to come pick him up, officer Jon Preston Romer, 38, who was working as security at the hospital, walked up to Newson and began to attack him for no reason.

The subsequent attack led to a lawsuit by Newson and a criminal investigation into Romer.

In spite of the incident happening in 2016, the body camera footage was only just released last year after Romer was indicted. Infuriatingly enough, up until Wednesday, Romer was still collecting a paycheck as a police officer. He was only fired after he was found guilty. In March, he was indicted on charges of official oppression, aggravated perjury and making a false report to a police officer in connection with the incident.

This week, he was only found guilty on the aggravated perjury charge and the other charges are still pending.

Sentencing for this charge has not been announced. Romer faces up to 10 years in prison and a $10,000 fine for this third-degree felony.

As the Star-Telegram reported at the time:

Newson, who according to his lawsuit had just spent two days in the hospital for an illness and was waiting for a ride home, was charged with resisting arrest and criminal trespass, but those were dismissed in March 2017 at prosecutorial discretion.

The video shows Romer putting Newson in a headlock and taking him to the ground. Then Romer and two other men named in the lawsuit as hospital security guards Jeremy Flores and Jonathan Walterbach appear to pile on top of Newson and punch, kick and handcuff him.

Surveillance video obtained by Newson’s attorney shows Newson borrowing someone’s phone to call his mother when hospital security approaches him. “I’m just trying to figure out what you’re doing,” a security guard said. “They’re picking me up from here,” Newson explained at one point. “I have nowhere to go.”

At no time does Newson ever pose a threat to anyone around him. However, as the conversation escalates, Romer comes in for the kill.

Newson refers to Romer as “bro” and the officer then punches him the jaw and takes him down. Remarkably enough, Newson never fought back and instead tried to get help from the officers, but they did not help.

“The officers knew why he was there, he complied with everything they asked him to do, and they still beat him up,” his attorney, Matthew Bobo said.

“This was a young African American kid with no criminal history, no criminal record,” said Bobo. “He’d been in the hospital for two days and he was waiting for his mom to come pick him up.”

Newson’s arrest and beating sparked protest among anti-police brutality activists in the community. Michael Bell, pastor of Greater St. Stephen First Church and spokesman for the Tarrant County Local Organizing Committee, asked during a news conference last year why Romer — who Bell noted fatally shot a black man during a traffic stop in front of three of his children in 2011 — was not fired, according to the Telegram.

“Why was a police officer who has used deathly force been allowed to remain on the streets until the day of his indictment?” Bell said. “Who made the decision to not hold Romer accountable for his actions once they were uncovered?”

Had they held him accountable, Newson would have never been assaulted.

According to the Telegram, the victim in the 2011 shooting death was 32-year-old handicapped father Charal “Ra Ra” Thomas. Thomas did not follow police orders to exit his vehicle and drove off with Romer’s arm trapped in a window. Thomas continued to drive, dragging Romer along until Romer pulled himself onto a running board and fatally shot him in front of three of Thomas’ children. That death became a source of friction between police and the black community.

Because his department never held him accountable for the shooting death of an unarmed handicapped father, this problem cop was allowed to go on brutalizing innocent people. Finally, he was caught.

Don't forget to like SonsOfLibertyMedia.com on Facebook, Google+, & Twitter.
The opinions expressed in each article are the opinions of the author alone and do not necessarily reflect those of SonsOfLibertyMedia.com.
Previous Post:
Beware The Scammers: Marine’s Father Told He Was Dead – Marine Is Actually Alive
Next Post:
The Cancer Within Modern Medicine: The Modern Medicine Obsession With Unnatural Selection 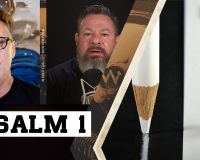 The Righteous And Wicked Are Compared And Contrasted
February 26th, 2021 Clash Daily