Many times when a fire at a Mosque starts, the Muslims are quick to blame non-Muslims and “Islamophobia” for it. The speed which the members of the mosque are saying it was just and “accident” leads me to believe that it really was an accident- from one of the Muslims.

Again, nobody knows the exact details of what happened. However, we do know that many times mosques are used for housing and assembling weapons- this is consistent throughout Islamic history. Perhaps somebody was working on a “special project” and something went wrong, and the reason they do not want this investigated is because it would expose more than the members of the mosque would like people to know?

Who knows? Maybe Santa stopped by and, knowing they were naughty, dropped coal down their chimney- a hot lump of coal- which started the fire? Via Fox News:

A two-alarm fire that stared inside a Houston mosque on Friday is considered to be suspicious, according to officials as they try to find out what started the blaze.

The fire started at 2:45 p.m. local time and even though firefighters arrived quickly on the scene there was already an inferno inside the Masjid mosque, according to Fox 26 Houston. About 80 firefighters battled the blaze.

An ATF spokesman confirmed to KHOU the fire is considered to be suspicious because it apparently had multiple points of origin. Authorities are turning to surveillance cameras around the center to see if they can find a potential suspect.

One worker told Fox 26 Houston that mechanically, everything checked out. However, worshippers told the station they were unconvinced that foul play was involved.

“Come on. We could make speculation out of this,” said Sikindar Khan. “Stuff happens all the time. I doubt it, I doubt it.”

“I know it was a short circuit. Accident. Nothing more,” Dr. Muhammad Yousef added.

Don't forget to like SonsOfLibertyMedia.com on Facebook and Twitter.
The opinions expressed in each article are the opinions of the author alone and do not necessarily reflect those of SonsOfLibertyMedia.com.
Previous Post:
This Representative Wants To Make Sure That Christians And Yazidis Who Are Targeted By ISIS For Genocide Get Priority Refugee Status
Next Post:
NBA Joins Bloomberg Anti-Gun Group in Latest Ad

Senior Pentagon Official: Terrorist Group In Afghanistan Could Have Capability To Attack US In As Little As Six Months
October 27th, 2021 Liberty Unyielding 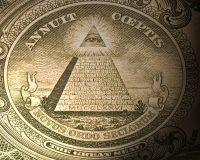 The “All Seeing Eye” Of The Feds Looking To Micro-Manage You In This Document, Especially Dissidents (Video)
October 27th, 2021 Sons of Liberty Media