You see?  For the most part, they are identical to what people call Democrats or “the left.”  The GOP is no the part of the people anymore than the Democrat Party is.  They have consistently sold out the people when they are in power and even when they are not.  This latest bill to form a 9/11 type commission to investigate the events of January 6, 2021 is another piece of evidence that there is no right/left paradigm but just one big beast system that continues to grow and devour at will unless the people put a stop to it in their sovereign states.

Here’s the list of Socialist Republicans who sided with Communist Democrats to form the commission. 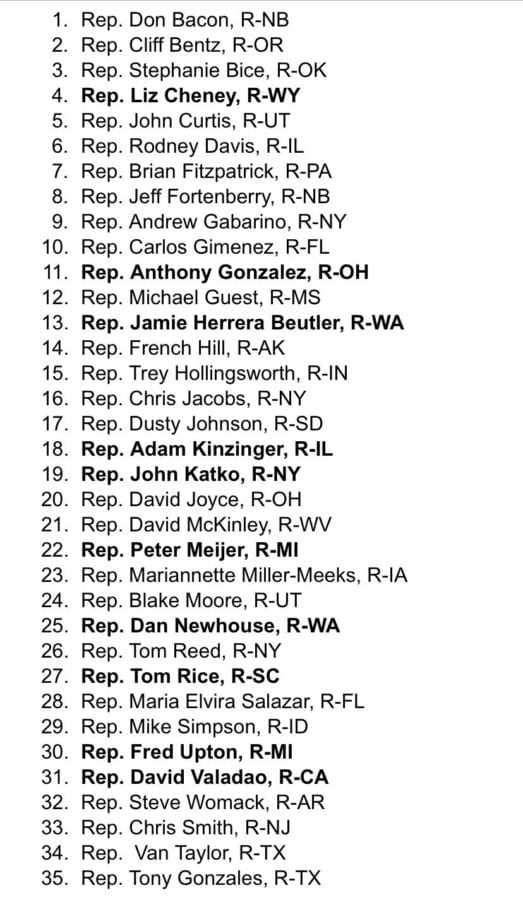 The fact of the matter is that if the outcome of this commission is anything like the 9/11 commission, then no one has anything to worry about because no one was brought to justice.  However, America will go further and further into debt over it and it will be a daily drumbeat on the corporate-owned Mockingbird media.

I’ve said it before and I’ll say it again, it’s time for the states to dissolve DC and start over.

Don't forget to like SonsOfLibertyMedia.com on Facebook and Twitter.
The opinions expressed in each article are the opinions of the author alone and do not necessarily reflect those of SonsOfLibertyMedia.com.
Previous Post:
How Big Should Government Be?
Next Post:
Injustice: Tycoon Who Dumped 47 Million Gallons Of Toxic Waste In Flint Gets 1 Year – Man Gets Life For Marijuana