They KNEW: Federal Officials Who Worked on COVID Outbreak Dumped Stocks Ahead of Market Collapse

This is not a one time situation either.  We’ve seen lots of representatives become millionaires from obvious insider trading, both Democrats and Republicans.  We’ve watched as they violate the law without repercussions or accountability and it’s just another reason that DC must be abolished as Thomas Jefferson wrote in The Declaration of Independence.  Yet, now we are finding out that several federal bureaucrats knew ahead of time what was coming with the CONvids and dumped their stocks.

JD Heyes has the story at Natural News.

There are many instances of blatant scandal stemming from the COVID-19 pandemic involving federal government officials, but none so aggravating as findings reported this week by The Wall Street Journal.

It seems that as federal officials who worked on the pandemic were first getting word of some ‘new virus’ spreading across the globe after originating in China, they dumped stocks ahead of a Wall Street-slamming economic shutdown.

Federal officials working on the government response to Covid-19 made well-timed financial trades when the pandemic began—both as the markets plunged and as they rallied—a Wall Street Journal investigation found.

In January 2020, the U.S. public was largely unaware of the threat posed by the virus spreading in China, but health officials were on high alert and girding for a crisis.

A deputy to top health official Anthony Fauci reported 10 sales of mutual funds and stocks totaling between $157,000 and $480,000 that month. Collectively, officials at another health agency, Health and Human Services, reported 60% more sales of stocks and funds in January than the average over the previous 12 months, driven by a handful of particularly active traders.

By March of that year, a number of agencies within the federal government were developing broad measures to help prop up the markets and the economy in general. At the time, then-Transportation Secretary Elaine Chao bought more than $600,000 in a pair of stock funds even while her agency was working up policy responses to the widening pandemic. Her husband, then-Senate Majority Leader Mitch McConnell (R-Ky.), had taken the lead in negotiations regarding a gigantic market-boosting stimulus spending measure, the WSJ investigation found.

“And as the government was devising a loan package aimed specifically at helping companies including Boeing Co. and General Electric Co., a Treasury Department official involved in administering the aid acquired shares of both companies,” the report noted. 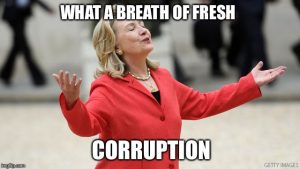 According to an analysis by the outlet, millions of dollars worth of stock were owned by federal officials in industries that were to become most affected by the pandemic and the government’s response to it. Some 240 federal staffers and officials at health agencies and the Defense Department, which would also play a key role in the vaccine rollout, reported having between $9 million and $28 million worth of stocks in drug, biotech, and manufacturing companies that were awarded federal contracts related to the pandemic in 2020 and 2021.

Almost 400 officials spread across 50 agencies also reported owning stocks in industries that were hardest hit by pandemic lockdowns, like the airlines, hotel companies, restaurants, cruise lines, and resorts, many of whom dumped those stocks ahead of the lockdowns.

“Senior federal officials are required to disclose their financial assets and transactions and those of their spouses and dependent children in annual reports,” the WSJ reported. “Federal employees are barred from working on matters in which they have a significant financial stake, from trading on nonpublic information learned on the job, and from taking any official action that creates an appearance of a conflict of interest.”

But what is also true is that ethics officials for federal agencies almost never have a full idea of what employees are privy to or are working on, especially when it comes to rapidly move, governmentwide mobilizations in response to an emergency situation facing the country.

That said, U.S. officials were alerted to what would become known as the COVID-19 virus by Jan. 3, 2020, and over the next few months scores of federal officials across a wide swath of federal agencies — all involved in some way with the pandemic — would unload or buy key stocks they knew would be affected negatively or positively by the pandemic and the policies being devised and implemented to combat it.

Ordinary Americans, of course, had no such luxury of advance notice, so they watched as their 401(k) retirement accounts, their jobs, and their livelihoods were destroyed.

Our government no longer truly serves Americans; it serves itself.

Don't forget to like SonsOfLibertyMedia.com on Facebook and Twitter.
The opinions expressed in each article are the opinions of the author alone and do not necessarily reflect those of SonsOfLibertyMedia.com.
Previous Post:
Innocent Grandma Arrested, Brought to Jail for Feeding the Homeless (Video)
Next Post:
As The Death Toll From The COVID Shots Climb, Dissenters Are Seeing Victory (Video)