“I Like your message, very articulate, well researched but… always very negative, all negative all the time, wears on an optimistic law abiding, God fearing citizen.   Would be great to share a positive, uplifting message occasionally.” –Anonymous

The quote above was an email sent to me from a radio show listener just this last week.

Before we begin, let me put this quote by Leonard Ravenhill in “contrast” to the email above to contrast the goodness of God with our rebellion.

“The early church was married to poverty, prisons, and persecutions.  Today “The Church is married to prosperity, personality and popularity.”

I know that a “soft answer turneth away wrath” (Proverbs 15:1) and that the “wrath of man worketh not the righteousness of God.”  So, I will do my best to answer the email above in this manner (James 1:20).

It has always amazed me as to how people view the battle that we are in today.  It is not always a positive experience wondering if you are going to get shot at the next high school assembly program at which you are going to speak.  It is surreal-dreamlike to them that are without the battle, but very real-tangible to those who are in the battle (Ephesians 6:12).

Today, most Americans want to act as if what is happening in America is not applicable to each and every one of us when it comes to our personal responsibility, as if to suggest that it is someone else’s responsibility.  However, if it is our responsibility they assume that there is a certain way of niceties in the way the job needs to be done.  Friends, we are not talking about a third world country here, and we must adhere to the Word of God and in yielding over to Him who has empowered us to get that job done regardless if one sees it as positive or negative (John 16:8).

As you well know, if the things that are taking place in our backyard were happening in a third world country, most people in this country would demand our government take military action in that third world country to set the record straight and at the end of the day, see it as a positive thing. However, when it comes to our own country (1 Corinthians 11:31), and how we need to correct ourselves, somehow, it becomes a negative (Matthew 13:15-17, 16:2-4).

The message is “Repent for the kingdom of heaven is at hand” (Matthew 3:2).

Offensive and negative to a fallen world though it may be yet, if men would look at it through spiritual eyes that God sent His Son (John 3:16) to die for our sins as the sacrifice and propitiation for them (1 John 2:2), they would see love in action (John 3:19) and purpose in driving men to the foot of the cross (Psalm 19:7; Mark 10:17-22).

Wherefore the law was our schoolmaster to bring us unto Christ, that we might be justified by faith. -Galatians 3:24

This is a positive, not a negative.

It may be negative, or not so good news, for a sick man to discover his disease.  The knowledge of his disease drives him to the doctor, but after he is healed by the Great Physician (Jesus), he will then be glad that someone loved him enough to drive him to the doctor’s feet whereby he may be healed.

The message of love drives him/her to the Great Physician or else he will die (John 8:24).  Love does this as a spiritual positive, not hate as a carnal negative.

And Jesus answering said unto them, they that are whole need not a physician; but they that are sick.  I came not to call the righteous, but sinners to repentance. -Luke 5:31-32

Understanding that ‘These things I have spoken unto you, that in me ye might have peace. In the world ye shall have tribulation: but be of good cheer; I have overcome the world” (John 16:33).

Here enters the joy, “Looking unto Jesus the author and finisher of our faith; who for the joy that was set before him endured the cross, despising the shame, and is set down at the right hand of the throne of God” (Hebrews 12:2).

Until we live in a world free from sin (1 John 3:4), murder, corruption, immorality etc., it is going to continue to be the same message to the same fallen world.

“Repent for the kingdom of Heaven is at hand.” -Matthew 3:2

To stand back and suggest that somehow it is love to pull down the warning signs (Psalms 19:11) and allow the masses to go to Hell without warning is hate, and it clearly runs in direct contrast to plain Scriptural teachings.

“Knowing the terror of The Lord, we persuade men.” -2 Corinthians 5:11

Look at what John the Baptist said of the religious hypocrites of the day.

“Then said he to the multitude that came forth to be baptized of him, O generation of vipers, who hath warned you to flee from the wrath to come?” -Luke 3:7

To help put this into perspective, look to what Matthew Henry said of the Scripture reference:

“This was the purport of his preaching to all that came to him, and he did not alter it in compliment to the Pharisees and Sadducees, when they came, but dealt as plainly with them as with any other of his hearers. And as he did not flatter the great, so neither did he compliment the many, or make his court to them, but gave the same reproofs of sin and warnings of wrath to the multitude that he did to the Sadducees and Pharisees; for, if they had not the same faults, they had others as bad.

Now observe here, That the guilty corrupted race of mankind is become a generation of vipers; not only poisoned, but poisonous; hateful to God, hating one another.”

Matthew Henry said they were hateful to God by disobeying His commands and hating one by withholding the Gospel message from them (Matthew 24:12).

Furthermore, Christians are called to be the repairers of the breach.  In other words, this spells out work and the work of the ministry (2 Timothy 4:5) for those who are ambassadors (2 Corinthians 5:20) for the Living God (Luke 20:38).

Often, the Christians that do the works are a reproof to the professors that do not the works (Titus 2:14) and are scorned by them. The works are a positive to mankind and a blessing to others, not a negative (Matthew 25:14-30).

“And they that shall be of thee shall build the old waste places: thou shalt raise up the foundations of many generations; and thou shalt be called, The repairer of the breach, The restorer of paths to dwell in.” Isaiah 58:12

Friends, you cannot build up until you first have been torn down. This is a positive, not a negative.

With that said, I suppose this does not look or sound positive when commanded to “tear down your fathers altars” (Deuteronomy 32:39; 1 Samuel 2:6; Judges 6:25).  Yet, it is to the Lord.  After all, these are His commandments.

There is nothing on this side of Heaven that satisfies me (Matthew 5:6) more then constantly feeding (John 7:17) on the “Bread of Life” (John 6:35), and to suggest that we are to find a “positive” experience outside of Christ is not “Uplifting” to me whatsoever.

Martin Luther King Jr. was right when he said:  “If today’s church does not recapture the sacrificial spirit of the early church, it will lose its authenticity, forfeit the loyalty of millions, and be dismissed as an irrelevant social club with no meaning for the twentieth century.”

Instead of criticizing or questioning those who are waking the church up (The preaching of the cross is as foreign to professed Christians in America today as the US Constitution is to corrupt politicians), the questions and criticisms should fall to those who are entertainingly putting the church back to sleep (Jeremiah 23:29) through the friendly seeker, anti-Christ, humanistic messages that have been taught from the pulpits over the last 60 years ,which runs counter to preaching what is commanded by God (Matthew 28:19-20).

“The Christian church is in a deep sleep; nothing but a loud shout can awaken them out of it.” -George Whitfield

Remember, it is the church’s obligation to revenge all disobedience,

“And having in a readiness to revenge all disobedience, when your obedience is fulfilled.” -2 Corinthians 10:6

From what I read in this email that was sent to me, that just may not be a positive message for a rebellious country (Jeremiah 5:23), but then again, we are not asking for permission from the devil to obey our God now, are we? 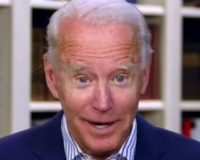