Those Of You Still Working, Would It Bother You To Know That The Unconstitutional Stimulus Is Paying Those Not Working An Additional $600 Per Week To Be Unemployed?

While many people are being placed on unemployment in the states because some tyrannical governor decided your business is deemed “non-essential,” the fact is that many end up going on unemployment.  In fact, right now, the unemployment rate is the largest in a very long time, and yet, people point the finger at their political opponents rather than seeing what is going on for what it is.  With that said, the unconstitutional stimulus, passed by both houses of Congress and signed by the president includes an additional $600 per week to those who are forced to not work because of tyrannical governors in their states shutting down what they deem as non-essential businesses while keeping what they claim is essential government open.

Yes, this is part of the unconstitutional $2.2 trillion stimulus.

Before you point the finger at Democrats, I’ve already pointed out that the president, under our Constitution, has the power of the veto, but chose to sign the stimulus.  If you have any doubt as to the WWE DC match that is going on, then you need to look no further than this article as to how Trump justified his unconstitutional stand.

About That $25 Million That Went To The Kennedy Center That Trump Claims Was A Democrat Request – Just Look Who Is On The Board… Melania, Michelle, Mitch & Others

Debt Disguised As Relief: Multi-Trillion Dollar Unconstitutional Stimulus Sells Out The People For 30 Pieces Of Silver

Now, even more stimulus is being talked about.

Part of the stimulus is to provide an additional $600 in unemployment “benefits,” which is really socialism  – something President Trump declared we would never be as a country (which we have been ever since we had a central bank).

Here’s just a screenshot of the North Carolina Department of Commerce of what was unconstitutionally passed by Congress and signed by President Trump. 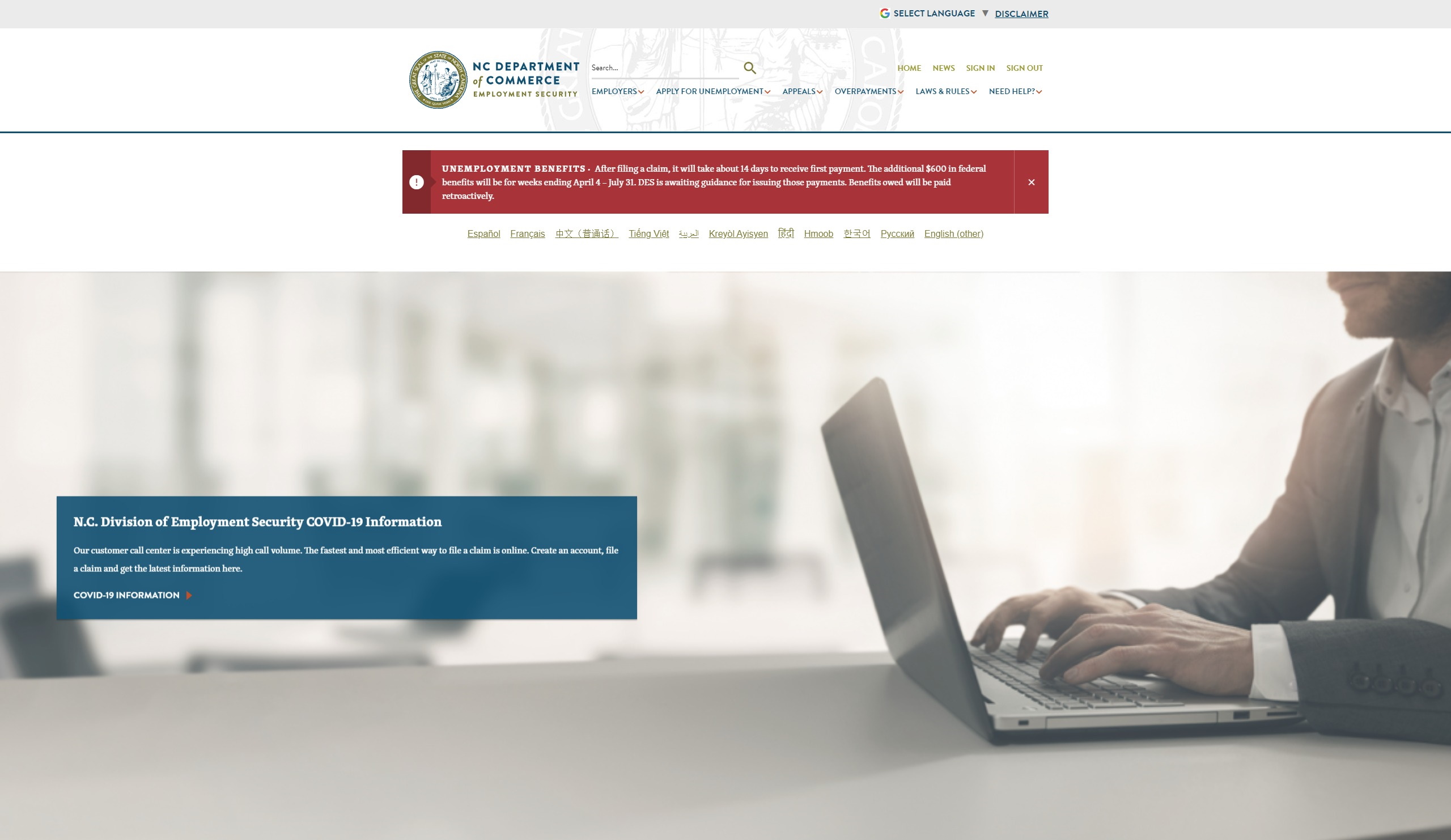 My friend who pointed this out to me is a paralegal and wrote to me, “While indebting future generations with unnecessary debt, the federal government figured it would be good to add – key word is add – $600 to unemployment benefits. My firm laid off 3 employees. The one who made $15 per hour to work is now being paid $21.70 to stay home. Your great state of SC senators (Graham and Scott) tried to join with Sasse and Rick Scott to get this amended, but it went through anyway. The story? Wait until all these poor, dutiful workers stocking shelves in the grocery store, cleaning toxic trash at the hospital, slaving away in restaurants, find out that the ones who are home are being paid more than them. It’s infuriating!”

I couldn’t agree more, but sadly, too many of them are playing the political game and will ignore the obvious and just chant, “Trump 2020!” without seeing the enslavement they are subjecting themselves into.

Friends, the stimulus is unconstitutional, the infringements on your rights and decisions are clearly tyrannical though they are veiled in the cloak of “public health and safety.”

It is your job before God to stand against tyrants.  Why are you cowering in fear?  Has God not promised protection for those who hide in Him? (Psalm 91)

Don't forget to like SonsOfLibertyMedia.com on Facebook and Twitter.
The opinions expressed in each article are the opinions of the author alone and do not necessarily reflect those of SonsOfLibertyMedia.com.
Previous Post:
Australian PM: Life Won’t Return To “Normal” Until There’s A Vaccine
Next Post:
Muslim Plotted Jihad By Blowing Up White House